Mountain Biker Narrowly Avoids Getting Mauled By A Bear 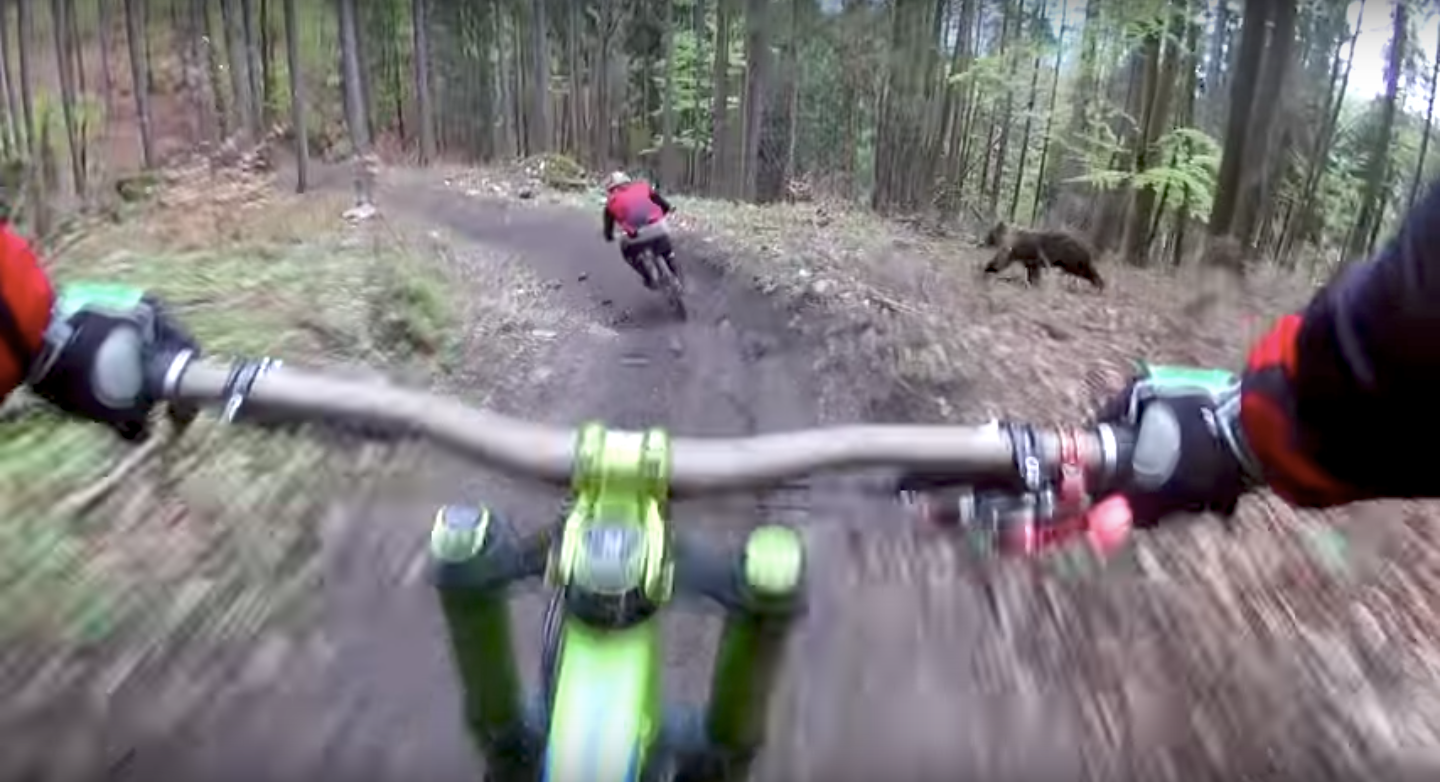 Video: Sports are fun, right? You get to go outside, smell the dirt, use your muscles, hear the wind in the trees. It's all fun and games until a goddamn bear shows up to eat you.

That's exactly what happened to a pair of mountain bikers in Slovakia recently. Out of nowhere, a rather large dog-shaped object that was actually a goddamn bear came charging up the hill and straight towards the lead biker, who appeared to have no clue that he was being chased by a goddamn bear. The two managed to escape without any mauling and, for some inexplicable reason, stopped to talk about what happened roughly 30m from where the bear was presumably gathering seasonings and wondering which person to eat first.

Next time, biker buds, maybe play basketball in the calm and safety of a gym. Or take up track cycling. That sport's dangerous as hell, but at least there aren't goddamn bears involved.