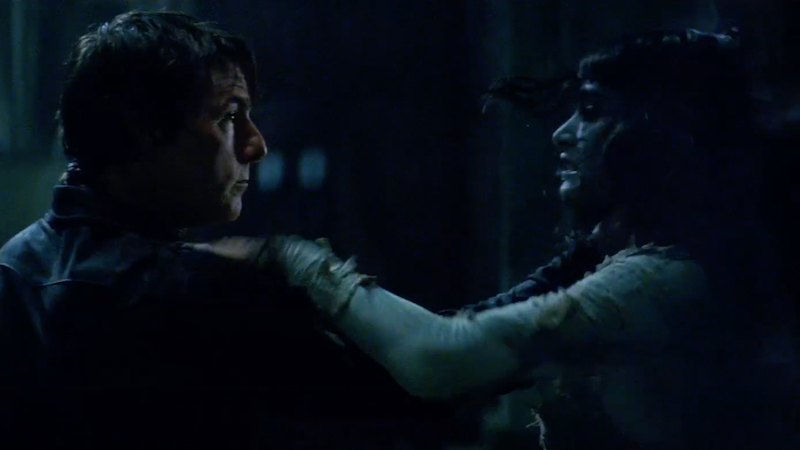 Video: Universal's hoping that its reboot of the Mummy franchise will be just the kind of hit that will sell the world on its shared universe of gods and monsters. The latest trailer for the movie shows just how different this take on the Mummy story will be.

When Brendan Fraser took on the Mummy back in 1999, he spent a fair amount of time running away and screaming in understandable terror. Tom Cruise, though, will apparently have a much closer (and beneficial) relationship with Princess Ahmanet, the Mummy in his movie.

We've known for a while now that Ahmanet would be responsible for resurrecting Cruise's character after a plane crash, but in the new trailer, he goes toe to toe with the mummy with supernatural strength. He also manages to do that weird four-eyed thing that the mummy does, which, you know, is disgusting.