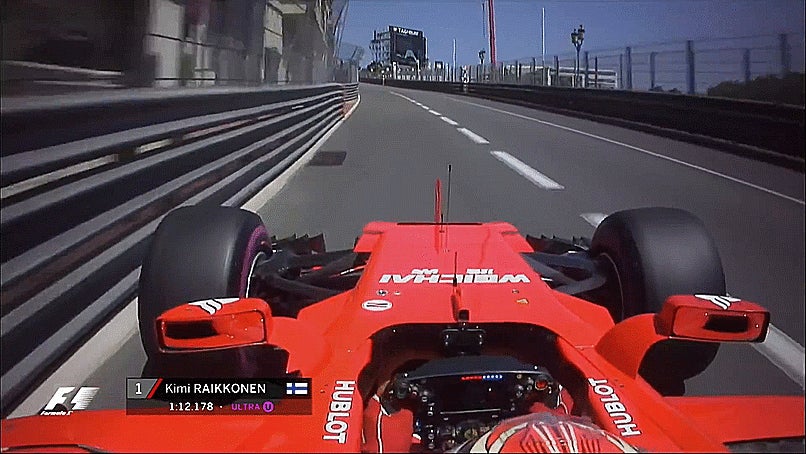 You know that part in Star Wars where they go speed a narrow channel to blow up the Death Star? That's what the Monaco Grand Prix circuit feels like at speed, except with Formula One cars. It's absurdly tight and narrow, and you should enjoy its ridiculousness in this onboard of Kimi Räikkönen's pole-winning lap.

The 2017 cars were designed to be wider, meaner and faster, and they nailed it.

Believe it or not, this 1:13.117 pole-setting flyer wasn't even Räikkönen's fastest lap. Räikkönen set a new fastest lap ever — 1:12.178 — of the Monaco Grand Prix Circuit in the second qualifying session, per WTF1.

How does it feel to be on pole? "No complaints" ?

They don't call him The Iceman for nothing ?#MonacoGP pic.twitter.com/ifCGMvNf9V

This is Räikkönen's first pole position after a 129-race drought, and we couldn't be happier to hear him quietly um through a post-qualifying interview. Räikkönen's Ferrari teammate Sebastian Vettel starts alongside him, having qualified second with a time only 0.043 seconds off of Räikkönen's.

What's fascinating, though, is to look at how smooth Räikkönen's lap looks when compared with one of Ayrton Senna's famous runs at the 1990 Monaco Grand Prix:

Senna's lap looks so much more violent and jarring in comparison. That's 27 years of progress for you.