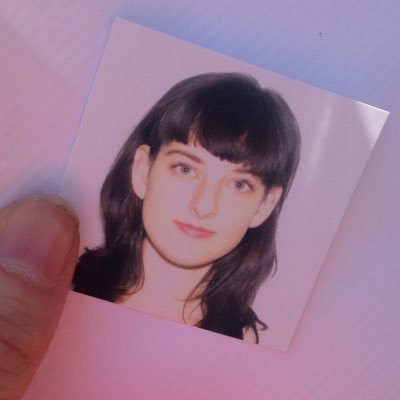 After four and a half years of not speaking to my mum I’ve learned to stay away from social media on Mother’s Day.

I’m a member of an enormous population of people who struggle with family-oriented holidays due to trauma, death, incarceration, betrayal, non-existence, or any number of other complicating factors. Relationships with family are tough. Now that we all live online, maintaining healthy relationships with our own feelings about our families is tougher.

Last year, Instagram rolled out an algorithmic timeline similar to that of Facebook, its parent company. Both sites want, or need, you to see what’s deemed to be of the most value; that is, what’s garnered the most engagement. It’s why posts with “engagement”, “congrats”, and other markers of life milestones hang out atop your feed for days at a time. Want to draw attention to something in a hurry? Add the word “pregnant” to the post and it will fly to the tops of your friends’ feeds.

The algorithmic prioritisation of these posts can be useful if you’ve been buried under a pile of paperwork during a long workday. But it can be quite cruel if you’ve made an effort to avoid a day, a trend, a news cycle.

On Saturday night I closed Facebook and Instagram and prepared to package up my emotions and put them in storage for the day. I’ve spent enough Mother’s Days (and Father’s Days and Christmases an Thanksgivings) worked up about my screwed-up relationship with my family. I no longer need to be in touch with those feelings for the sake of a Hallmark holiday of reflection.

Though I’m largely past the point of bitterness or envy toward my friends when it comes to Mother’s Day — and what people portray on the internet typically relays only its most pleasant dimensions — it is still difficult to see the wave of family photos that have become an integral way we celebrate holidays in the digital age. It’s an overwhelming reminder of what I’m without; the day becomes a big, blinking neon sign that is made up of the composite of the posts, not any one friend or family specifically.

My friends’ functional relationships with their families do not make mine any more screwed up. It simply exists like that on its own. But it’s still screwed up.

On Monday night I figured the coast was probably clear of posts that might make me a little raw, and opened up Facebook first. Surprise! Mother’s Day posts get a lot of engagement, and Facebook was very concerned that I may have missed them. It was fine. The site still has an option to use a chronological timeline (though it reverts to algorithmic upon each reload), so I went about my day getting my fill of news stories, self-promo, and a lot of posts about the heightened pollen levels this season in the US.

But on Instagram, there was no reprieve. A full day was apparently not enough to push the photos from the top of my feed, so I closed it out quickly, lamenting the missed opportunity to scroll for photos of my friends’ — and let’s be honest, strangers’ — dogs. On Instagram there’s no way to toggle to a chronological timeline, so I figured I’d just check back on Tuesday.

Tuesday, of course, brought much of the same. By this time I was aggravated by seeing “two days ago” appear at the bottom of the photos in the first few slots of my Instagram timeline; I no longer cared about the content, I just cared about the inability to opt-out of this algorithm. There’s no customer service line for an algorithm. I was just stuck with it.

By Wednesday morning my Facebook feed had moved on entirely. Maybe it’s because the US seems to be ripping apart at the seams, because there’s more content on the site, or because Facebook likes to keep things fresh for your social voyeurism needs, but it was serving me posts that occurred mostly within the past 24 hours.

Instagram, however, has refused to budge. It’s now Friday morning, and Instagram is still putting photos from five days ago in the first few slots on my timeline.

I’ve cleared my search history, I’ve restarted the app, and I’ve searched for some friends’ accounts and scrolled through their pics hoping to game the system without a full timeline scroll. No dice. I’m stuck in this battle of me versus the algorithm. I’m locked out from the most vacuous social network I’m signed up for, and it’s pissing me off.

It’s a frustrating paradox: Instagram is likely keeping the photos at the top of my feed because I haven’t seen them, but I haven’t been scrolling through my timeline because they are still at the top.

By now you’d think I’d have just gotten over it, scrolled through them, detached myself from any feelings on the content. But I’m frustrated on principle, and I’m stubborn, too. I feel the app should work for me, not the reverse.

There’s no way to set a precise filter that excludes posts of a certain genre (Mother’s Day, engagements, politics, you name it), so everyone is eventually going to find themselves a little sad about something that appears in the timeline. It’s human nature. You can unfriend people and you can stay away from the network, but that only changes the behaviour you can control, not the behaviour of the algorithms.