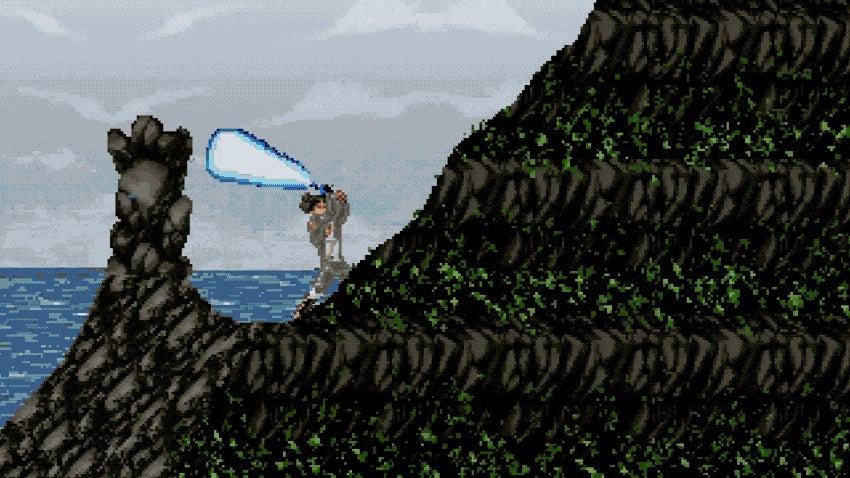 Video: Oh, Luke, telling the world the Jedi are finished doesn't feel quite as dramatic when it's via text bubble. With both Star Wars: The Last Jedi and Battlefront 2 on the horizon, one fan has started the 8-bit (technically 16-bit) parody trailer wagon rolling... and he has the approval of TLJ's director himself.

Artist John Stratman released his latest video in JoBlo's 8-Bit Trailers series, giving us a King's Quest-style side scroller all about the adventures of Rey, Finn and Poe. We saw plenty of videos like this for The Force Awakens (hell, JoBlo even released one last December, though I'd argue the one it did for The Last Jedi is much better), but it's fun to see this latest Star Wars film join the flock. At the very least, The Last Jedi director Rian Johnson was definitely into it.

You can check out the fan trailer below, which features a pretty sweet 8-bit soundtrack. The Last Jedi comes out December 14.