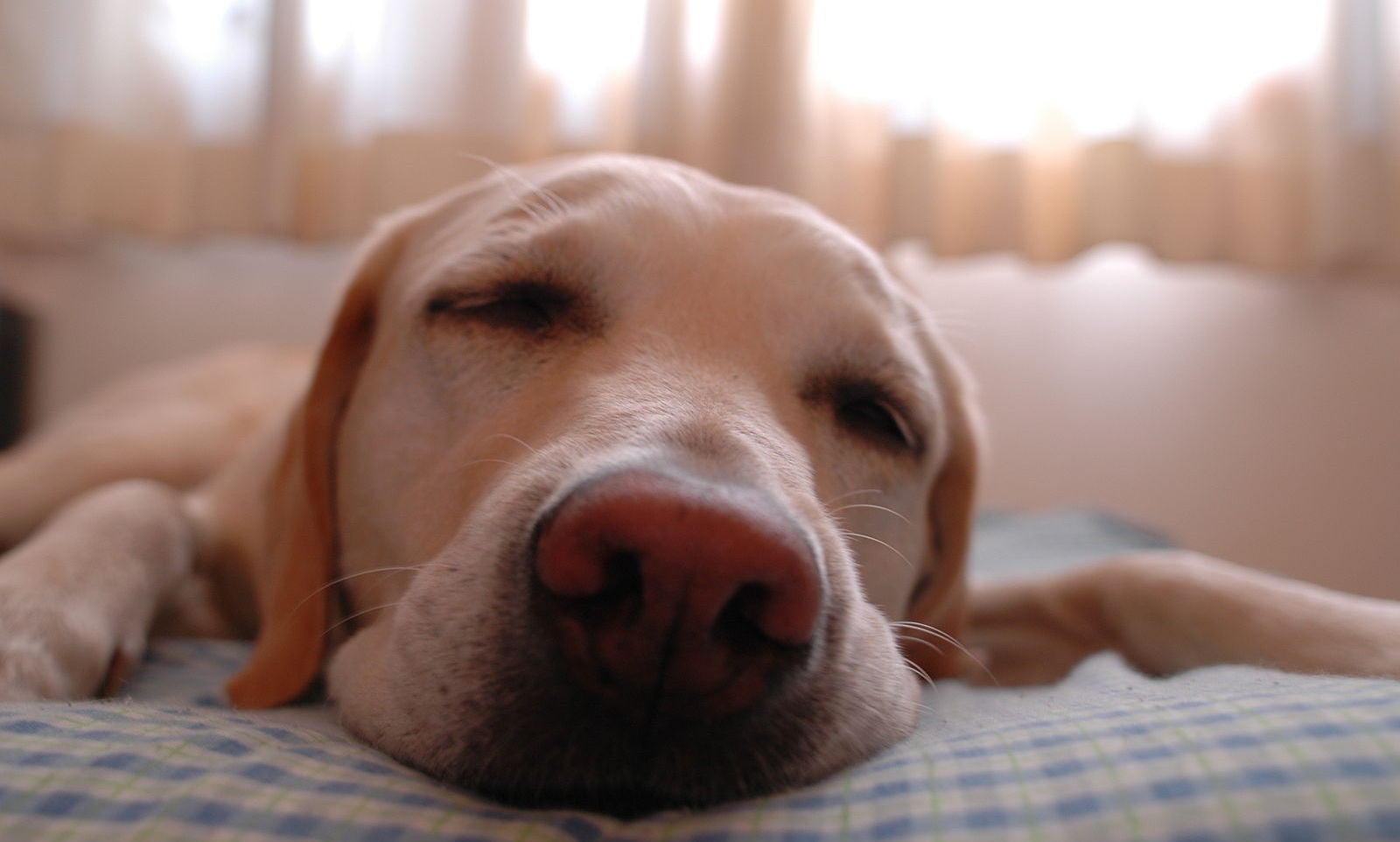 Climate change is bad — it's causing sea levels to rise, it's exacerbating heat waves, it's damaging coral reefs, the list goes on. But that doesn't mean every time researchers find a correlation between some bad thing and the temperature, we should freak out about how global warming is going to make everything on this round Earth a whole lot worse.

A good dog who knows when it's time for a nap. Image: Wikimedia Commons

The latest instalment of everything-will-be-terrible-no-matter-what comes courtesy of a study published Friday in Science Advances, which found an association between warmer nighttime temperatures and getting a bad night of sleep. The researchers estimate that a nighttime temperature increase of just 1C produces an additional three sleepless nights per 100 people per month. Extrapolated to the entire US population in the year 2099, "the figure could rise by several hundred million more nights of lost sleep annually," a press release issued on Friday proclaims.

Sounds bad, right? The media thought so, and many ate the dramatic prediction up uncritically, with headlines declaring that climate change will turn you into an insomniac next. But while researchers might have found an interesting link between temperature and sleep, rest easy — anyone saying you're going to lose precious REM as the planet heats up is full of hot air.

For the study, the researchers pulled meteorological data from the National Centres for Environmental Information, and survey data on 760,000 Americans collected by the Centres for Disease Control and Prevention, which included the question, "During the past 30 days, for about how many days have you felt you did not get enough rest or sleep?" Higher nighttime temperatures, the researchers found, were associated with more disrupted sleep. Extrapolating that association forward, the researchers estimate rising temperatures could cause 14 extra sleepless nights per 100 people per month by the century's end, if no action is taken to cut carbon emissions.

"My main concern is that, for the vast majority of informed people who are concerned about climate change, throwing this kind of evidence out in support will undermine the case."

This probably already strikes you as dubious, but for good measure here's why it is. First, the authors' prediction about future sleepless nights is based on a model, which itself is based on correlating variables in two different datasets. Correlation does not imply causation, meaning just because, for example, increased cheese consumption seems to correlate with declining moose numbers, it doesn't mean one causes the other. While the researchers are careful to state that their study offers the "first evidence that climate change may disrupt human sleep" (emphasis ours) the association could mean other things. It could even mean nothing at all.

I reached out to the study's lead author, Nick Obradovich at Harvard Kennedy School's Belfer Center, to ask why the study implies a causal link between hotter temperatures and sleepless nights. He defended drawing that connection.

"We imply a causal link because the data coupled with our methods imply that one exists," he told Gizmodo, noting that the study is careful to describe the link as an average effect based on self-reported data (which isn't always accurate). Obradovich said his study controls for possible confounding factors, including when and where a person responded to the survey, and seasonal effects. And he pointed out that in laboratory studies, warmer temperatures also produce lower quality sleep, although "we certainly cannot be 100 per cent sure that is the only 'mechanism of action'."

Even assuming the study did find a robust link between hotter temperatures and disrupted sleep circa 2010, we have no way of knowing whether the two will scale in step in the future. Obradovich agreed.

"In every interview I've given on this topic I've emphasised that we have high degrees of uncertainty about exactly what sleep will look like in 2050 or 2099," he said. "The projection relies on a strong assumption: The relationship that we identify from recent data in the US will persist into the future."

Jerry Siegel, sleep researcher at the University of California, Los Angeles, told Gizmodo that he "certainly believes there are effects of temperature on sleep. I just don't think that has a lot of bearing on global warming issues."

"There are so many logical leaps," concerning the study's future predictions, "it's a mental exercise that's not going to keep me awake at night," he said.

Indeed, one can come up with any number of reasons an association between hot nights and poor sleep today might not persist. Maybe more folks will use air conditioners, or live in buildings with better climate control. Maybe our physiology will acclimate to a warmer climate. Or maybe we'll all move to Mars.

There's ample evidence rising temperatures will threaten our health. Heat waves, which scientists believe are already being exacerbated by climate change, can cause sunburns, dehydration and heat stroke, according to a NOAA fact sheet. But as for whether future warming will impact our ability to get a full eight hours? We just don't know.

"My main concern is that, for the vast majority of informed people who are concerned about climate change, throwing this kind of evidence out in support will undermine the case," Siegel said. "It's sort of throwing the baby out with the bathwater."