Check Out These Incredibly High Resolution Maps Of The Ocean Floor 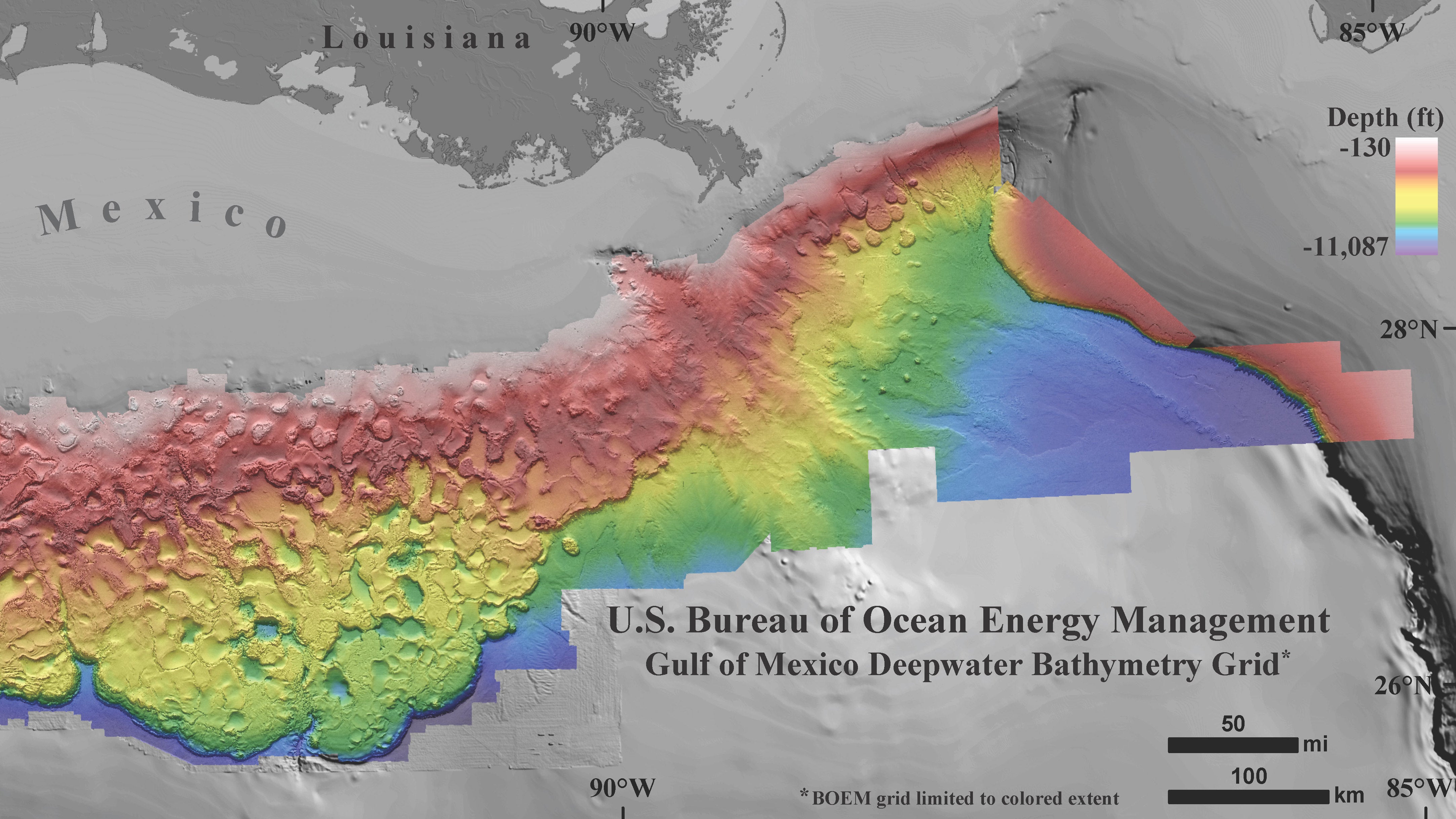 If there's one thing on Earth we don't know enough about, it's the ocean. We've only mapped around five per cent of the seafloor, and two-thirds of the ocean's animal species might remain undiscovered. It shouldn't be a surprise that we're only now able to create detailed maps of the seafloor — but that doesn't stop each new one from being mind-boggling.

The Bureau of Ocean Energy Management released a new set of super high-resolution bathymetry data of the Northern Gulf of Mexico for anyone with a computer to enjoy. It uses 233,100km2 worth of 3D seismic data to increase the resolution of the regional maps 10 to 50 fold. It's made up of 1.4 billion 40x40 foot pixels, according to the Bureau of Ocean Energy Management website, which is incredibly high resolution compared with what we had before. 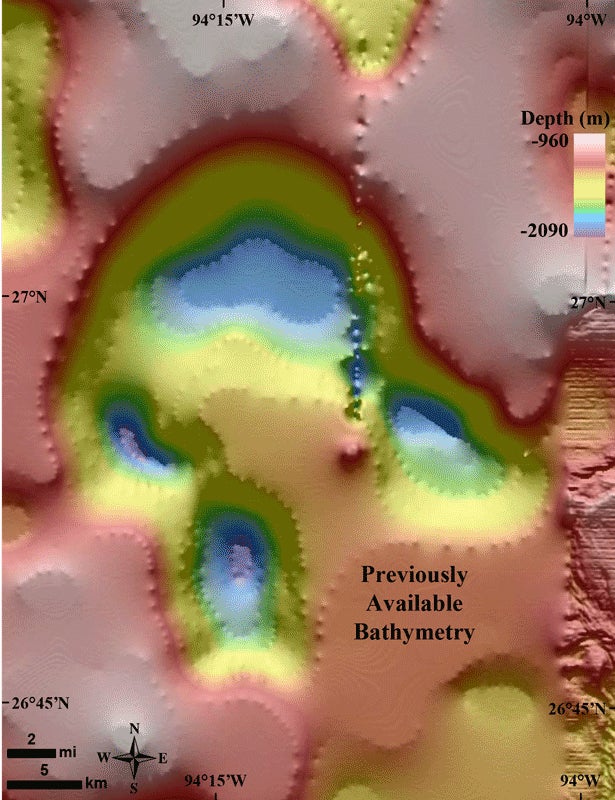 "We know more about some other planets than about a lot of the areas of our own planet's sea floor," BOEM geologist Kody Kramer told Gizmodo.

Kramer and others were approached by scientists after the Deepwater Horizon spill in 2010 for some Gulf of Mexico seafloor maps. BOEM asked the oil and gas companies drilling in the region to pass along their proprietary data, then made a mosaic combining the best-quality images to make one super high-res map.

"Scientists were eager to get this high resolution data," said Kramer. "It's so much better than what's out here already for the region.

Some of the weird shapes visible in the maps don't come from plate tectonics, but from several hundred-million-year-old salt deposits. The Gulf of Mexico was once an enclosed basin, and seawater pouring in may have evaporated and formed those deposits, according to Eos. All of that salt combined with the sediment from the rivers surrounding the Gulf, lead to the array of domes and depressions in the map.

You can read more about how all the salt got there in Kramer's own words. Over here, we're still stuck on how amazing the new map is. 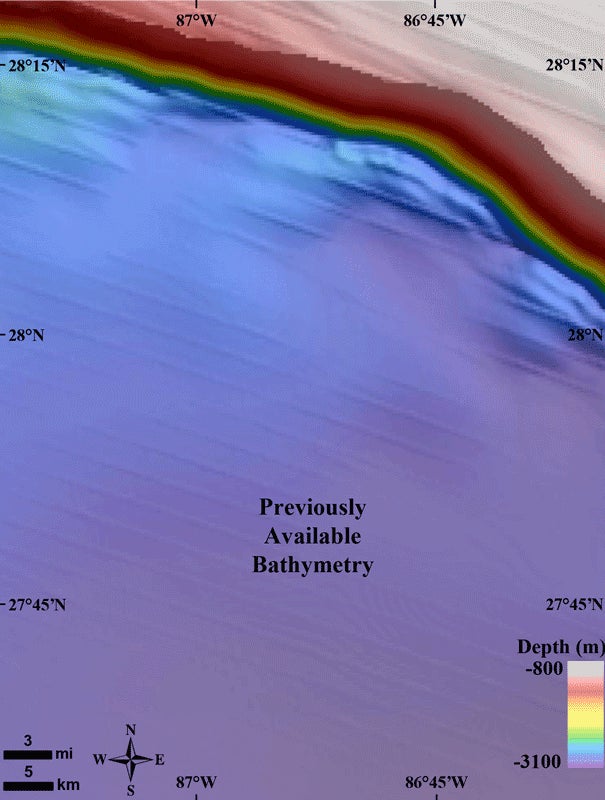 You might be wondering why the data cuts off at more shallow parts of the Gulf. All of this data is taken by blasting air downwards at the seafloor, then measuring the acoustic response. But data collection is actually more difficult in shallower areas, where the readings return too much noise to make a meaningful picture.

As new data comes in, BOEM will continue making improvements to the map, and they're happy to do it. "Any time we can take our massive database and let other scientists use it," said Kramer. "We are very happy about that."

You can download the data over at the BOEM website, linked here. If you're lazy, here are some more photos. 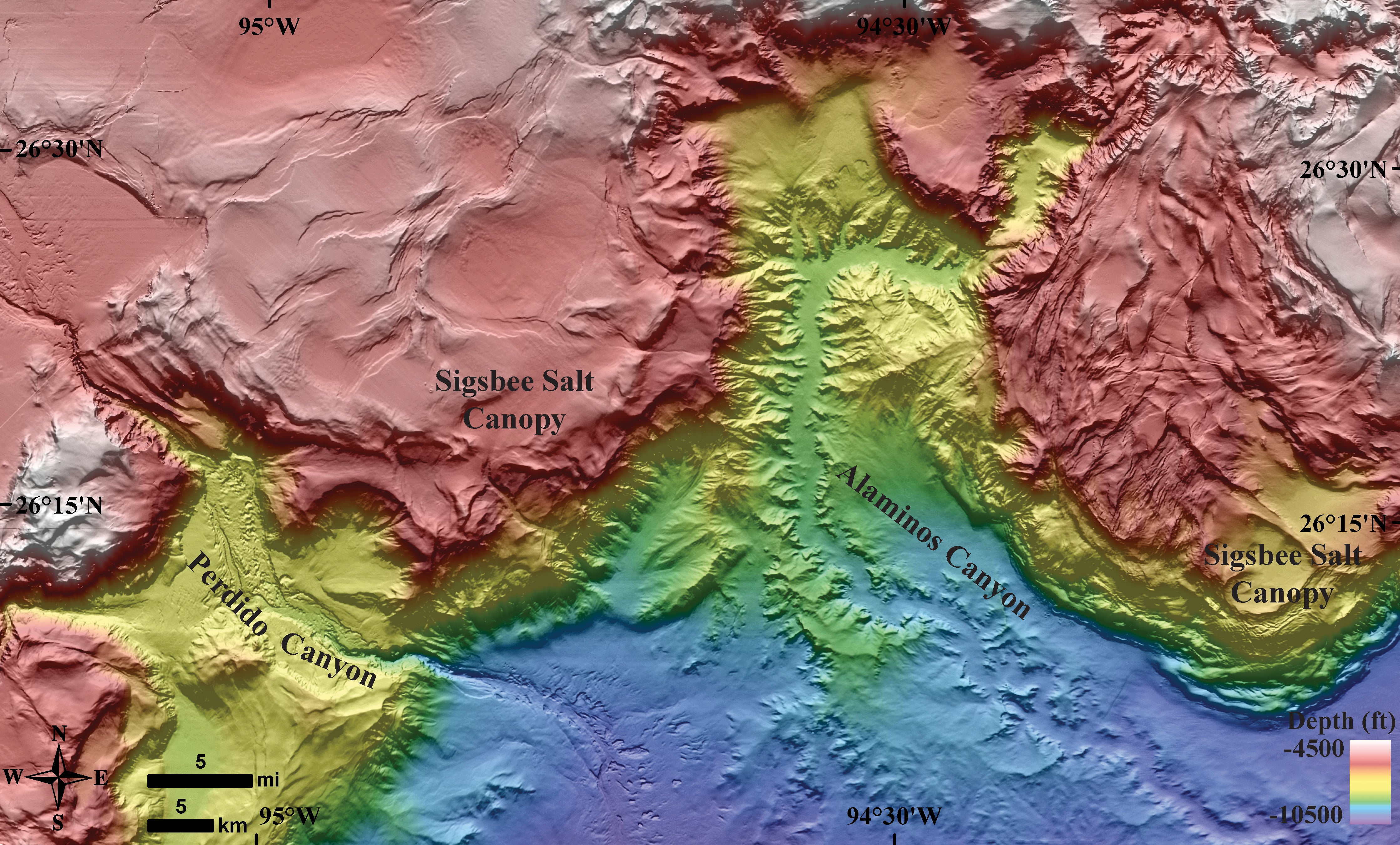 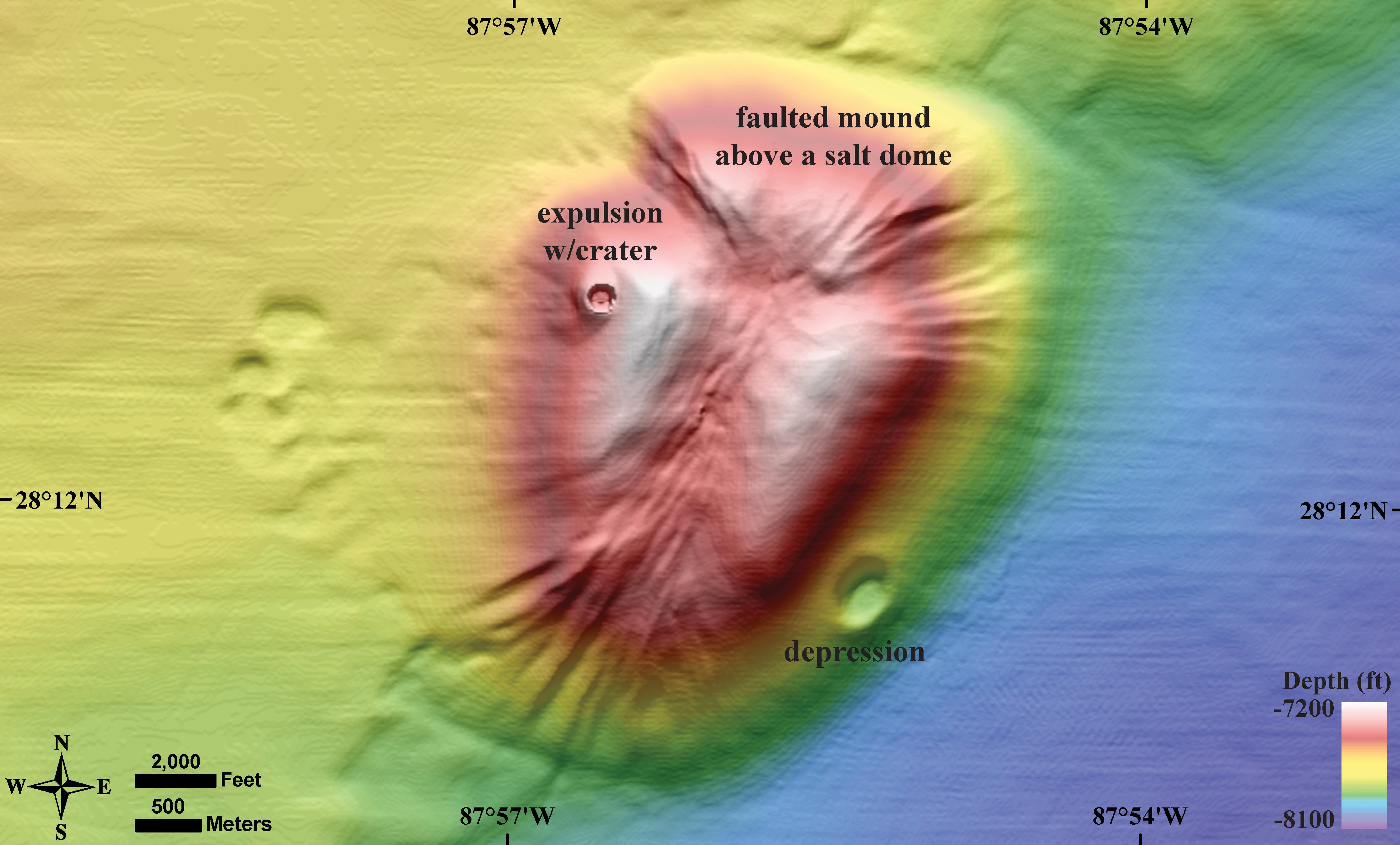 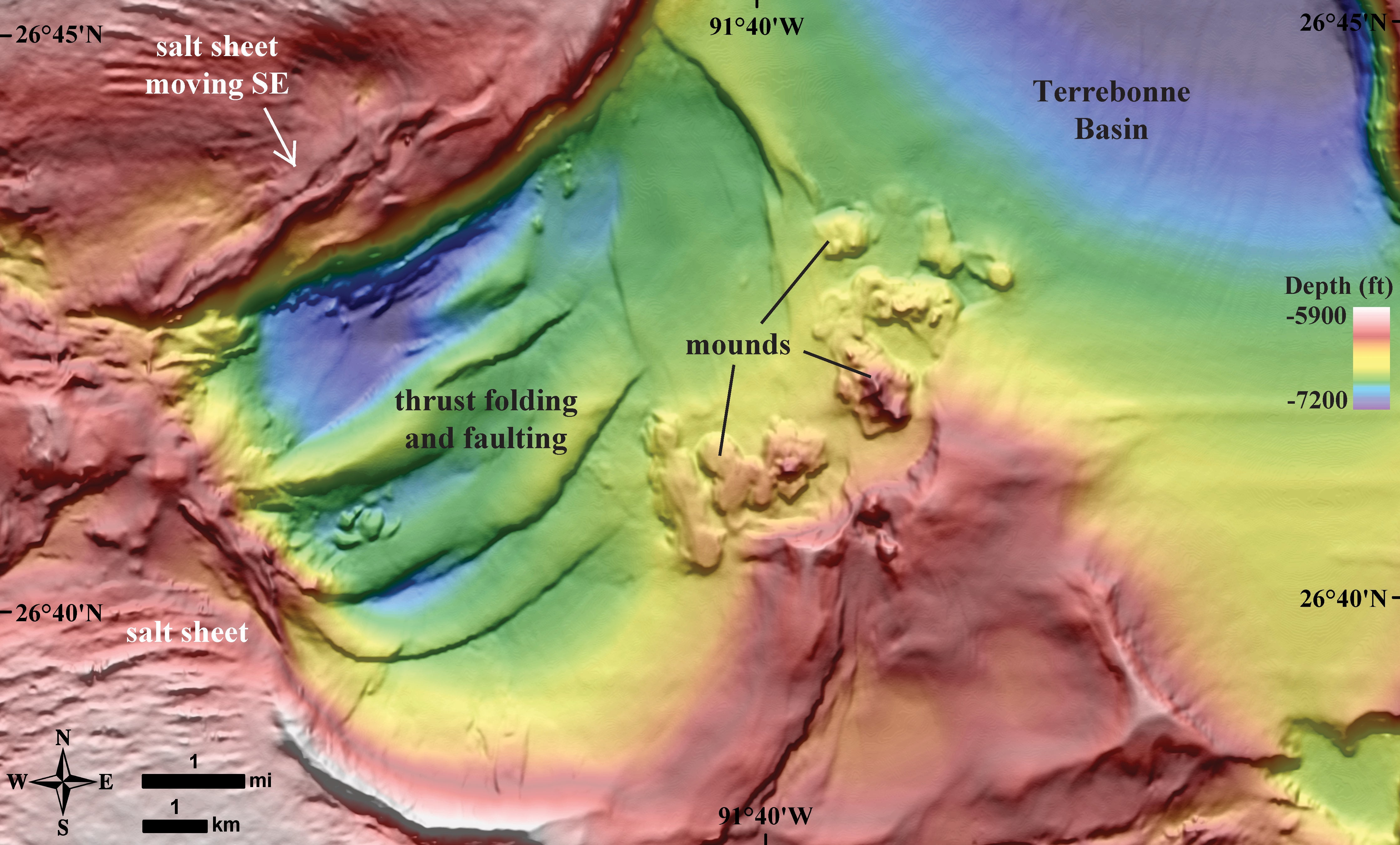