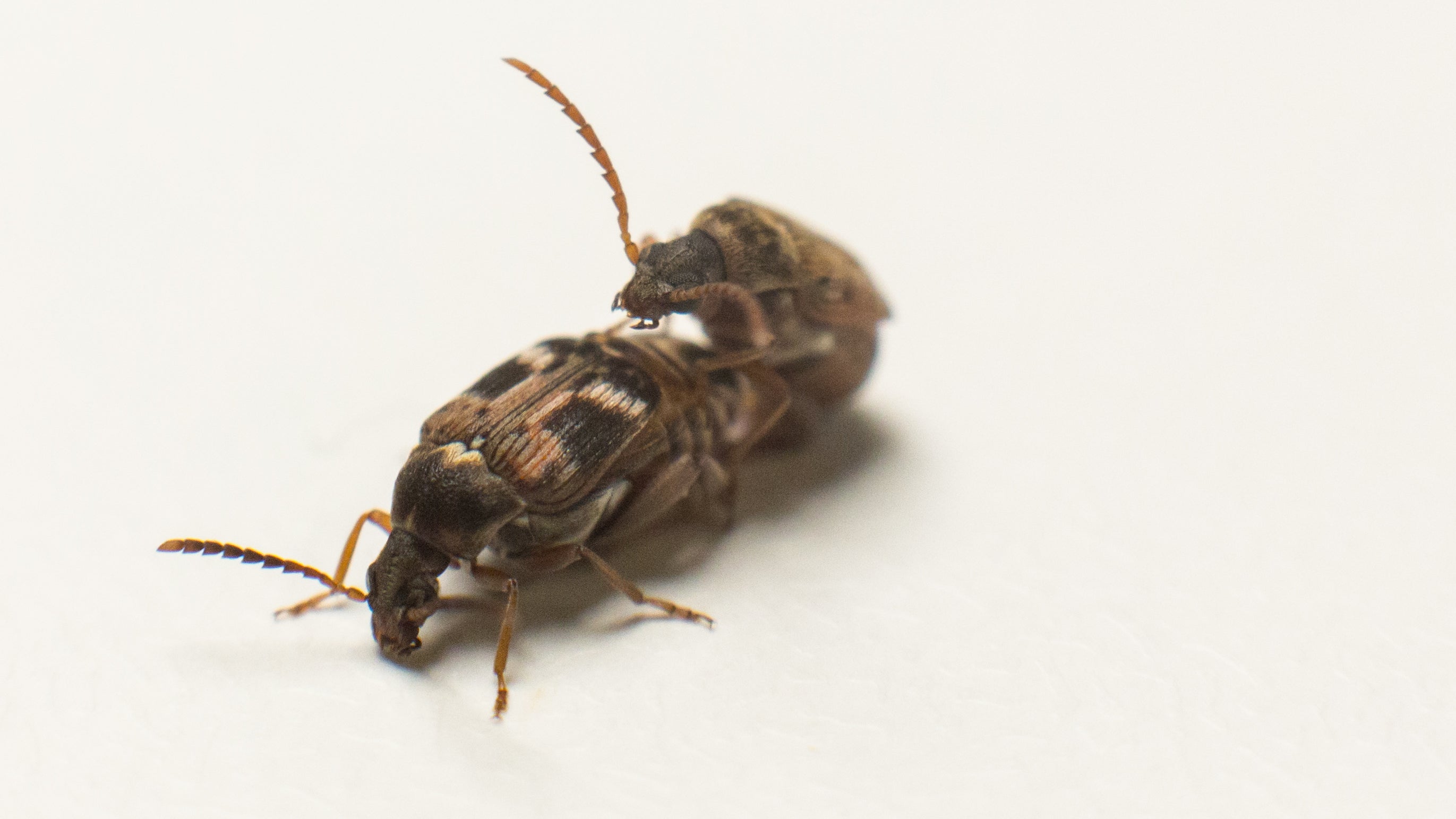 There’s an evolutionary arms race going on in the insect world. Except rather than fighting over weapons and weapons defences, these beetles are evolving the weirdest dicks and dick-defences.

Some male beetles are traumatic mates — like lions and some snakes, they have spiky genitals meant to hurt females while boning. An international team of researchers wanted to know how the male beetles evolved such wild genitalia, and how the females evolved right back to protect themselves.

“The extraordinary genitalia and reproductive traits of males of this insect have spurred our interests for some time,” Göran Arnqvist, professor in animal ecology at the University of Uppsala in Sweden, told Gizmodo. That means they want to know “why males have such nasty genitalia and how females cope with that”.

These researchers peeped the privates of 13 beetle populations — specifically, a few hundred cowpea seed beetles, a very common species of legume-loving bug. They observed reproductive traits, like male genital spine length and injuriousness, and the female defences, including their immune systems and the volume of their reproductive tracts, with micro-CT scanners. As you’d expect, their analysis found that the spinier the male genitals, the stronger the female’s. Dang.

Spiny genitals aren’t just some outrageous evolutionary display of masculinity. Er, actually, they kind of are. “Males benefit by passing signals to the female through the wall of the copulatory duct,” said Arnqvist. “The signalling substances make her lay more eggs and make her use that male’s sperm to fertilise her eggs, rather than other males.” The female beetles are boning several males at once, so the one with the spiniest dick might be most likely to become the father. Someone call Maury Povich.

But in response to evolutionary dick-measuring contest among males, the females have had to adapt, too. The spines scar the copulatory duct pretty badly, so females are better off with thicker duct walls.

This study just shows a correlation between two traits, so it’s worth being cautious about its results. But those results are intuitive, and the team has previously measured the same association between beetle species, rather than just within members of the same species, and found similar results. Patty Brennan, a biologist at Mount Holyoke College in Massachusetts who was not involved with the study, told New Scientist that it was cool to see the effect across several populations, rather than just one, since “that’s the scale at which evolution works”.

May the weirdest dick and the strongest copulatory duct win.