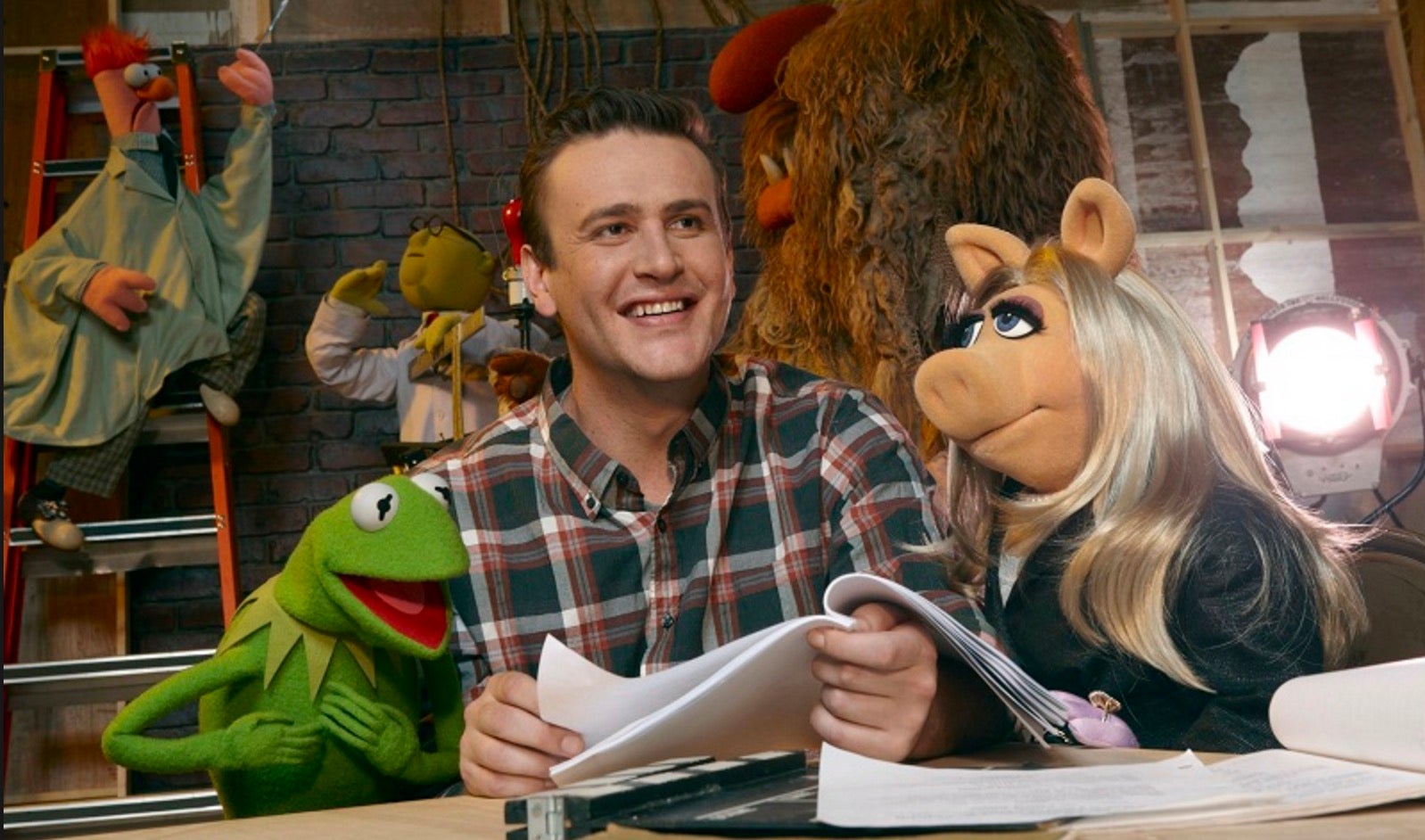 Jason Segel is written a new YA scifi novel. The Muppets won't be helping. Image: Disney

Jason Segel — star of sitcoms, maker of R-rated comedies, and friend to Muppets — has branched out yet again. Segel and his co-writer Kirsten Miller have announced that later this year they will be releasing a YA novel called Otherworld, the first in a proposed YA scifi trilogy about an all encompassing futuristic video game.

"When I was a teenager, I was one of the lucky few who got to experience a game very much like Otherworld before it was shut down," Segel told Entertainment Weekly. "When I heard rumblings it was being reimagined for VR, I knew it was something Kirsten and I had to write about. Part mythic adventure, part sci-fi love story, entirely cautionary tale — we wanted to reach the new generation of potential players before this 'game' becomes a reality."

Book fans probably know (but this movie fan didn't) that this isn't Segel's first book. He and Miller already wrote a series of children's books called Nightmares!, which ended up on the New York Times Best Sellers list. Otherworld is their first foray into an older demographic, however.

The book's premise sounds fairly familiar. It's about a "game" called Otherworld that's sort of like The Sims but in total virtual reality where people can choose to be whomever or whatever they like. (It also sounds like the OASIS in Ready Player One or any other totally immersive virtual world from popular culture.) However, as the game goes on and gets more popular, players begin to realise maybe it's not as innocent as they thought.

And while Segel is pretty new to the publishing game, he's not new to writing. He wrote Forgetting Sarah Marshall, The Muppets and a few other films he starred in as well. No word if there are plans for Otherworld to make that leap too.

Otherworld comes out November 7. And you can currently see Segel in a pretty awesome scifi movie called The Discovery on Netflix, which is his most recent work.

Alyse Stanley 28 Mar 2020 4:01 PM
Google has finally kicked the Infowars app from its Play Store, the company confirmed to multiple outlets Friday. The tech giant’s app store was one of the last major bastions for conspiracy theorist Alex Jones, as his show (and all the extremist views and tainted supplements it touts) has been booted from nearly every mainstream online platform.