'An Embarrassment': Scientists React To The NYT's Climate Change Column 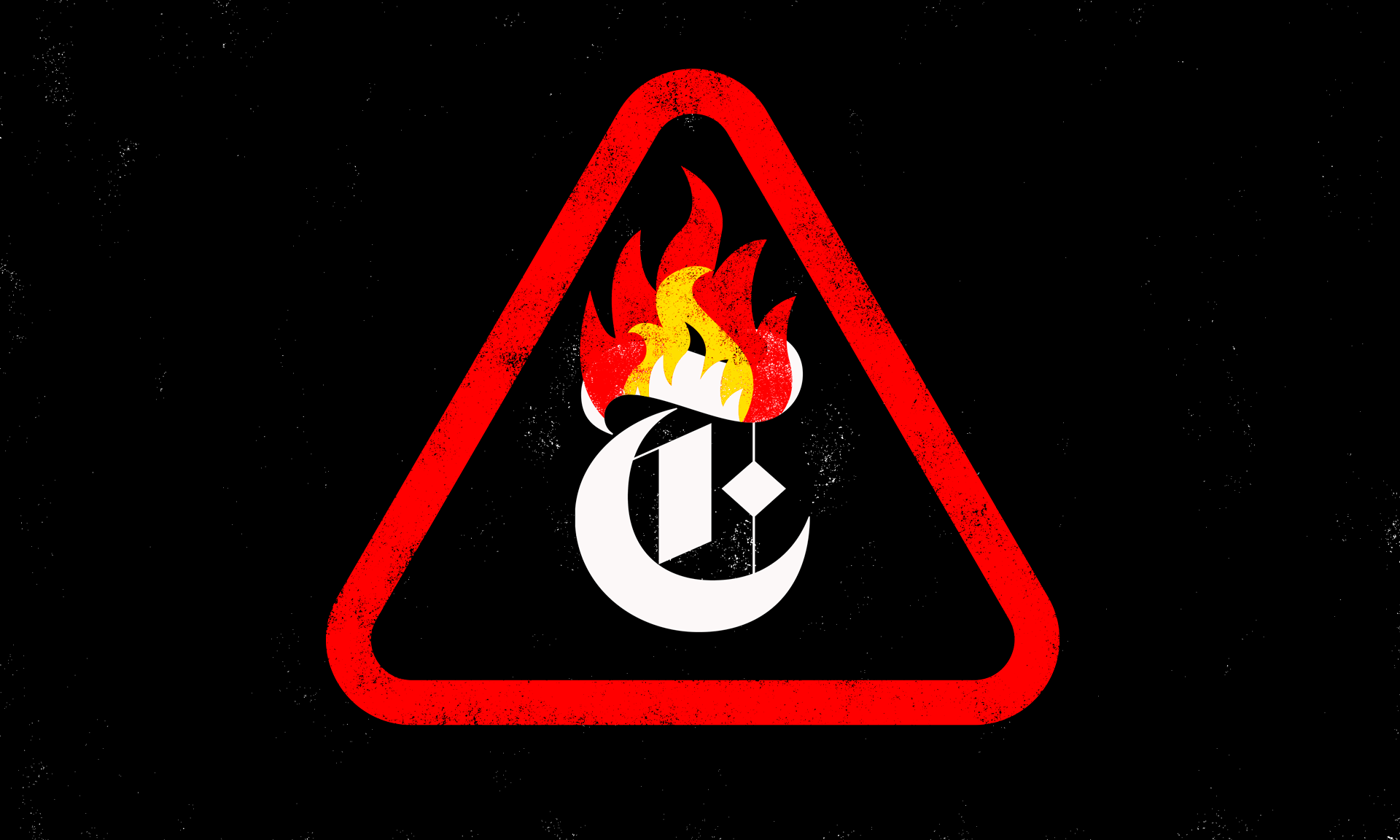 Bret Stephens unleashed a Category 6 hurricane on Twitter last week, when he penned a column for the New York Times espousing opinions on climate change that can best be described as... controversial. While acknowledging that human-caused global warming is a settled matter, Stephens argued that the risk climate change poses is not. As a Times push notification sent out to millions of subscribers on Friday summarized, "reasonable people can be sceptical about the dangers of climate change."

The backlash was swift and vicious, with progressive pundits calling the piece "classic climate denialism," eviscerating the conservative columnist on Twitter, and cancelling their subscriptions to the Times en masse. Conservative writers, meanwhile, decried "the death of civil discourse," chastising the left for "turn[ing] the anger and self-righteousness up to 11 and scream[ing] the opposing argument out of existence."

Overall, the views of actual scientists took a backseat in the shit-slinging sewer fire that ensued — and so, we decided to ask them what they thought. Gizmodo reached out to climate scientists to get their take on the idea that "reasonable people can be sceptical of the dangers of climate change," on whether the opinions articulated in Stephens' column undermine climate science, and on whether his views have a place in the national discourse.

But the existential threat itself? That's undeniable.

"There is no substantive, reasonable, evidence-based argument that climate change is not a substantial danger."

"I do not agree that there is uncertainty about the dangers," Kevin Trenberth, Senior Scientist in the Climate Analysis Section at the National Center for Atmospheric Research, told Gizmodo. "There is debate about what to do about it, and living with the consequences is one option, but that really means either that the person has no real appreciation for how bad it is likely to get or they don't care."

Naomi Oreskes, professor of Earth and Planetary Sciences at Harvard University, voiced a similar sentiment. "Reasonable people can disagree about the best way to avoid the dangers," Oreskes told Gizmodo. "We can also disagree about exactly how bad things are going to get. But there is no substantive, reasonable, evidence-based argument that climate change is not a substantial danger. To suggest otherwise is to misrepresent the current state of knowledge."

Oreskes added that the Times' push notification — the "reasonable people can be sceptical about the dangers of climate change" one — confuses the public about the basic state of science. "Which is precisely what climate sceptics and deniers have been doing for two decades," she said.

"The impacts of warming may be slightly better or worse than we expect. Or much worse."

Richard Alley, a climate scientist at Penn State University, pointed out that in his area of research, glaciology and Antarctic ice sheet dynamics, the uncertainty boils down to whether the world will have to prepare for three feet of sea level rise over the coming century, or more than ten.

"The impacts of warming may be slightly better or worse than we expect. Or much worse," he told Gizmodo. "Averaging over all possible futures, more uncertainty makes the costs much higher than if we were certain we would get the most-likely IPCC projections."

Jessica Hellmann, Director of the Institute on the Environment at the University of Minnesota, thinks Stephens may be taking issue with how scientific findings are presented to the public, rather than how they're discussed within the scientific community. "I actually agree that this hyper-certainty approach that you sometimes hear asserted in the public media is misleading," she told Gizmodo. "In fact, that's not how the real scientific literature actually works."

"I think that the tendency by some climate scientists to emphasise broad agreement has come about because science is vulnerable to a simple critique: 'they aren't absolutely certain!' In fact, we're not absolutely certain about anything, but that doesn't prevent us from taking action on thousands of other important issues," she said.

"I do agree with him that people on the climate alarm side should be careful not to alienate and close off all discussion... just as people on another side should not reject established fact..."

Asked whether Stephens' column undermines science, Hellmann said that it doesn't really engage with science in a meaningful way. "I do not think his article directly undermines climate science because he doesn't level any direct critique at the science," she said. "Instead, he critiques how climate science is conveyed and portrayed by the climate science community."

Jeremy Shakun, a paleoclimate researcher at Boston College, agreed that Stephens' column, while lacking in substance, was more a critique on climate change communication than a rebuttal of the science itself. "I do agree with him that people on the climate alarm side should be careful not to alienate and close off all discussion (especially about particular policy preferences)... just as people on another side should not reject established fact... but this is all more social science than climate science."

But others said that by implying that climate scientists are overly certain, the piece does attack science. "If this doesn't tend to undermine scientists, and by implication their scientific conclusions, then I don't know what it does," Oreskes said, noting that the comparison Stephens makes to Hillary Clinton's campaign advisors being overly certain in the outcome of the presidential election is absurd. "Of course the whole Hillary thing is misdirection: Hillary's people made a mistake. Agreed. But what does that have to do with climate change?"

"If I were teaching rhetoric I would use [Stephens' piece] an exemplar of misrepresentation and misdirection," Oreskes added.

"What we saw... was not a responsible contribution."

As for whether Stephens' opinions on climate change have a place on the New York Times? Climate scientists were divided. Most agreed that the column was lacking in substance, and several noted it was likely to be twisted and misinterpreted. A few sources brought up Pat Moynihan's famous quote, "he's entitled to his own opinions but not his own facts."

"I do think the piece is appropriate for the NY Times. It is important to consider differing points of view and ways of considering scientific information," retired glaciologist Robert Bindschadler told Gizmodo, adding that he "fundamentally disagrees" with the thesis that there is room for doubt about the dangers of climate change.

"I do expect some readers of Stephens' views will attempt to find solace in continuing to ignore the dangers of ongoing climate change," Bindschadler continued. "I actually think this would be a misinterpretation of his piece."

"On the surface of it — reading the article at face-value — Stephens might be trying to be the voice that says: 'we have a big problem on our hands, and we need to find a way to make big decisions with imperfect information,'" Hellman said. "I suppose that future columns will tell us if he's ready to be that voice of honesty without an agenda of detraction."

"If Stephens were willing to launch a serious conversation about how best to address climate change while respecting conservative principles of individual responsibility, limited government, and low rates of taxation, that would be a welcome addition to the national conversation," Oreskes said. "What we saw... was not a responsible contribution."

Kim Cobb, climate scientist at Georgia Tech University, added that for her, the firestorm Stephens' column set off highlighted that "as scientists, we need to own more of the conversation about climate change."

"Something I am keenly aware of is that as scientists, we are so good at identifying the problem, but we are not nearly as good at giving the public solutions," Cobb said. "I think that's an emerging job for us."

Cobb added that she'd love to see more media outlets bringing climate scientists on to take pundits like Stephens to task. "I'll go have conversations any time, any where, for sane digestion of climate facts."

"Not if this is the best they can manage," Gavin Schmidt, Director of NASA's Goddard Institute for Space Studies, said when asked whether Stephens' views on climate change deserve a place in the op-ed column. "It's an embarrassment to the standards of 'intellectual depth', 'bravery' or 'honesty' that they set for themselves. And that NYT opinion editors James Bennet and Jonathan Weisman are defending this in the name of 'diversity' and 'free speech' makes a mockery of both concepts."

This article has been updated to include comments from Robert Bindschadler