Americans Are Dying Younger In These 13 Counties 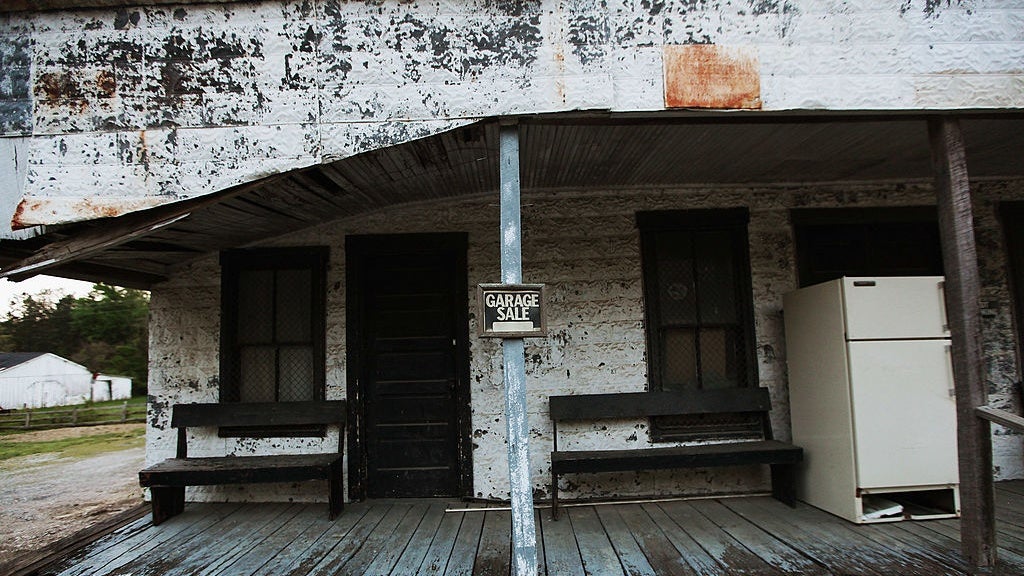 As Republican politicians take aim at the Affordable Care Act and present their reasoned alternative, the Kill The Poor And Turn Them Into Chef Boyardee Act of 2017, it's a good time to remember a distinctive element of healthcare in the US: Inequality, particularly income inequality.

A new study on life expectancy in the US by the Institute for Health Metrics and Evaluation, an independent population health research centre at the University of Washington, hints at this. Using data from the National Center for Health Statistics, the Census Bureau, and the Human Mortality Database at Berkeley, the study found that while life expectancy is increasing nationally, 13 counties — all in poor areas — showed decreased life expectancy between 1980 and 2014. And while the authors point out that many factors appear to correlate with life expectancy, one they do highlight is socioeconomic status. 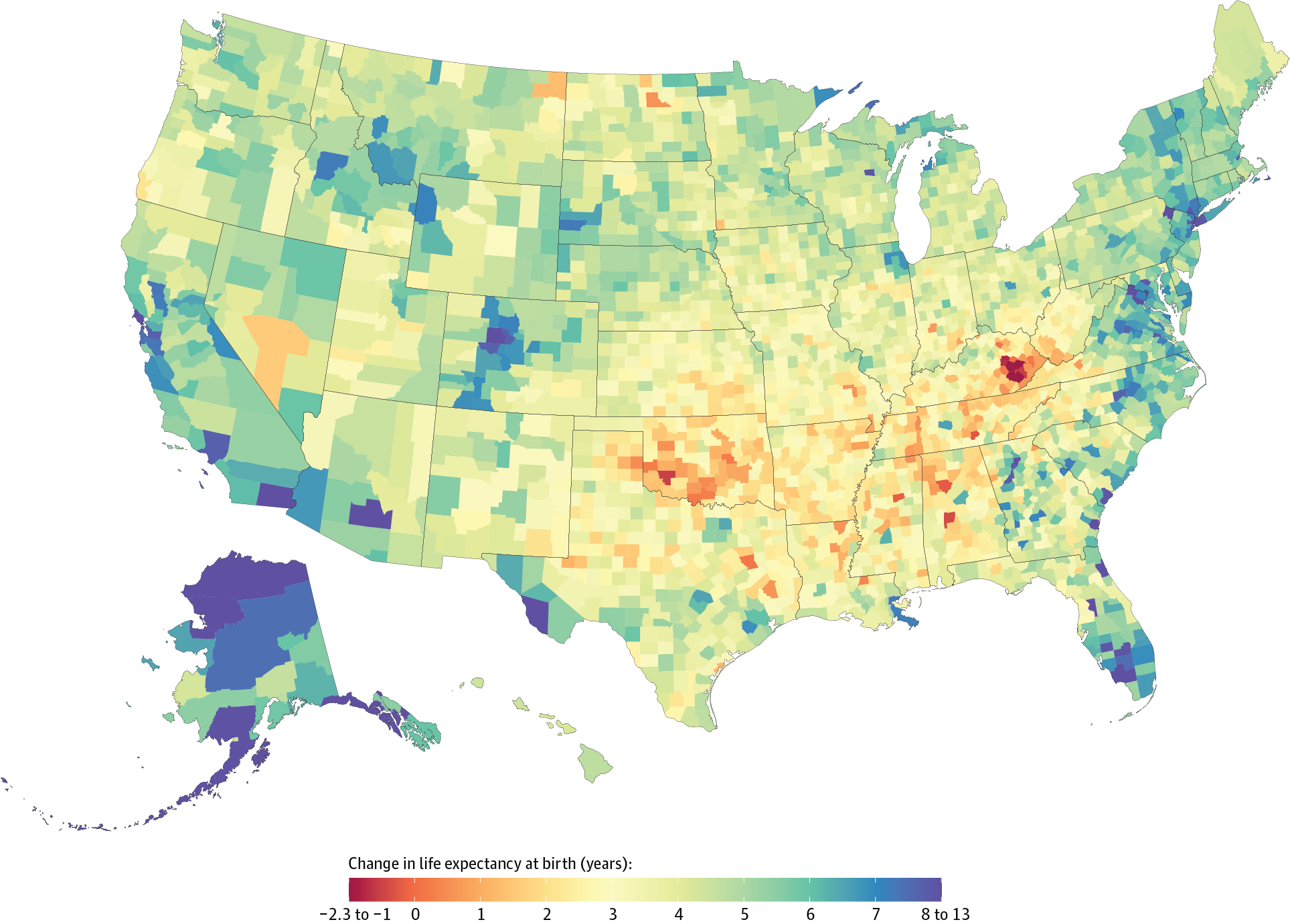 According to the study, which was published in the Journal of the American Medical Association, the eight counties with the biggest decreases in life expectancy were in Kentucky, while the ninth and tenth spots went to counties in Alabama and Okalahoma. Kentucky's Owsley County saw the biggest decrease since 1980, at three per cent. Other counties saw much lower increases in life expectancy than the national average of 5.3 years; many of those are in the southern part of the country, areas that are also associated with higher poverty rates.

Alarmingly, the gap between the county with the lowest life expectancy and the highest was almost 20 years. South Dakota's Oglala Lakota County, whose population is almost entirely Native American, comes in at 66.8 years. Summit County in Colorado, on the other hand — home to posh ski resorts like Breckenridge — comes in at 86 years. Summit County has an 8.7 per cent poverty rate, 35.5 per cent lower than that of Oglala Lakota County, and the median income is more than twice as high.

However, several counties in Alaska saw drastic improvements, as did cities like New York, San Francisco and the District of Columbia. The authors of the study attributed some of New York City's success compared to their upstate neighbours to "public health initiatives that leveled the playing field and made it easier for people who were left behind to improve their health".

Other recent studies have reported similar results. One 2016 study by the National Center for Health Statistics found a one-tenth of a year reduction in life expectancy in the US from 2014 to 2015; Dr Peter Manning, a professor of health policy and management at Columbia University, told the New York Times that such a decrease is "huge" and "alarming". (A previous JAMA study also found an association between lower income and shorter life expectancy.)

The study's authors identified a number of factors that are associated with decreased life expectancy, including risk factors like lack of exercise and obesity — which are also associated with poverty. But Laura Dwyer-Lindgren, lead author on the study, noted "socioeconomic factors like race, education, and income" played a role. IMHE director Dr Christopher Murray underscored that point, noting, "Every American, regardless of where they live or their background, deserves to live a long and healthy life. If we allow trends to continue as they are, the gap will only widen between counties." The correlation isn't coming out of nowhere: Rich people in the US have access to the best doctors and hospitals in the world; poor people in the US scramble to pay for their bills, sometimes on GoFundMe. Low-income Americans die earlier; their newborn babies die more often, too.

CityLab also points out one possible explanation for Kentucky's dominance of this awful chart: Kentucky has some of the highest rates of drug overdoses in the US, with some cities like Louisville seeing horrifying spikes in drug overdoses. The Trump White House has proposed gutting the White House's "drug czar", the Office of National Drug Control Policy, budget by 95 per cent, effectively eliminating the agency. Meanwhile, the Republican party's proposed "fix" to the Affordable Care Act would gut Medicaid spending to pay for a tax cut for the rich.

Income inequality is a devastating but routine fact of life in America in 2017; being born into poverty puts you, among myriad other disadvantages, at a greater risk of addiction, disease and death. The light of that shining city on a hill does not reach all corners of this land, and it's clear some politicians want to make those corners darker still.