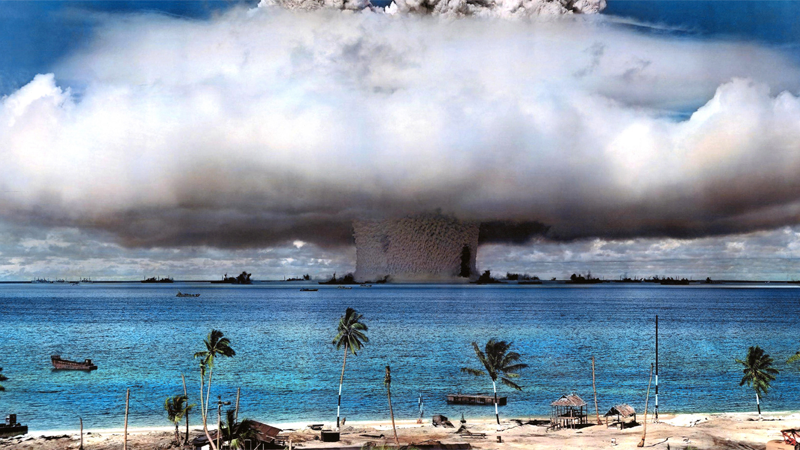 On Monday, Daniel Jung, an attendee of the luxury-weekend-turned-Hunger Games train wreck that was the Fyre Festival, launched a $US100 million ($133 million) class action suit against the owners, saying they knowingly charged attendees thousands of dollars to be “stranded on a remote island” with “little more than bread and a slice of cheese”. The class action suit names Fyre Media and co-founders Billy McFarland and Ja Rule as defendants, suing them for fraud, misrepresentative advertising and breach of contract.

Essentially, Jung’s suit makes three major allegations against McFarland, Ja and Fyre Media. First, that organisers knew long before the day of the event that they couldn’t accommodate attendees, yet didn’t cancel the event. The suit specifically alleges that Fyre’s organisers warned A-list stars and its top talent not to attend the festival because it was a pending disaster. This, they allege, is proof that the organisers knew that “the festival was outrageously underequipped and potentially dangerous for anyone in attendance”.

Second, they allege the accommodations were not just shoddy, they put partygoers’ health at risk. There’s almost no end to the social media evidence of Fyre Festival’s poor accommodations, and this section of the complaint includes screen grabs from the #fyrefestival and #fyrefraud hashtags. This is why it’s a particularly bad idea to piss off thousands of Insta-obsessed millennials: Evidence is all over the place. Here, Jung alleges luggage was dumped into the sand from a shipping container. The suit also complains about the “FEMA tents” for accommodation, wild animals roaming the grounds, heinous food and lack of security and medical staff. 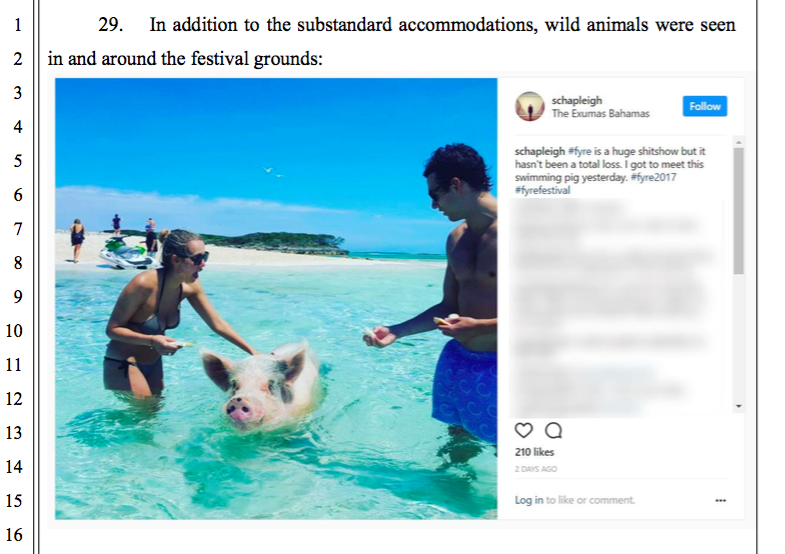 Shocking evidence from the complaint.

Finally, the suit alleges that Fyre’s mismanagement made it even harder for partygoers when they finally tried to escape. Fyre promoted the festival as a “cashless event” with no ATMS, encouraging attendees to preload electronic wristbands with thousands of dollars in funds. Unfortunately for evacuees, the suit alleges, this meant people leaving the festival couldn’t easily access taxis or busses when travelling to the airport.

Jung is represented by lawyer Mark Geragos, a celebrity in his own right who has been at the centre of several high-profile cases. He represented Winona Ryder following her infamous shoplifting case in 2002. He was briefly part of Michael Jackson’s defence following child molestation charges, and defended Chris Brown in 2011 following his assault on Rihanna. Simply put, he’s the go-to for some of the wealthiest people in the US. You mess with fire, you get burned. You mess with ludicrously rich kids with well-connected parents, you get sued.

Fyre Media has yet to respond to the complaint or Gizmodo’s requests for comment, but has promised full refunds to all attendees. It doesn’t end there, however. Fyre’s official site is saying it’s planning to do it all again next year, even inviting this year’s survivors back to the island:

All festival goers this year will be refunded in full. We will be working on refunds over the next few days and will be in touch directly with guests with more details. Also, all guests from this year will have free VIP passes to next year’s festival.

Say what you want about Fyre Media, but at least it knows that every good disaster movie deserves a sequel.