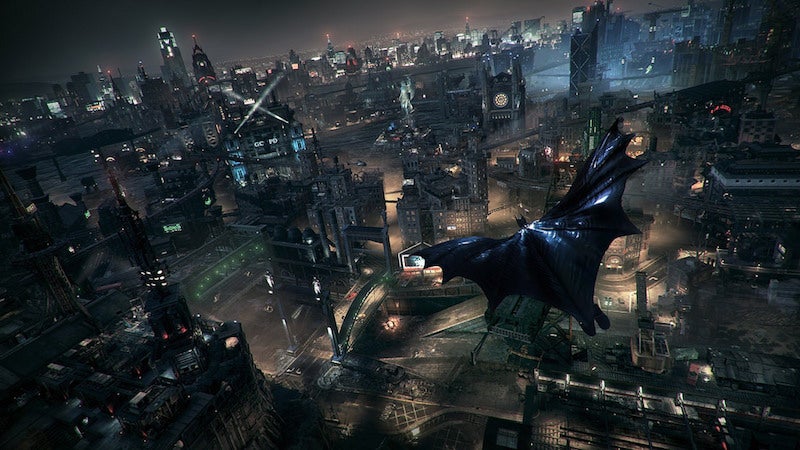 Because beginning next year, you’ll be able to travel to the new Warner Bros. World in Abu Dhabi and visit, amongst other WB-themed locations, Metropolis and Gotham City-inspired theme parks. Because everybody knows how much family fun people have in Gotham City!

In addition to the parts of the park that are more explicitly tied to DC’s superheroes, guests at the park will also have access to an array of WB-branded attractions like the Flintstones‘ Bedrock and a Warner Bros. Plaza chock full of classic Looney Toons characters. While the park is currently still under construction Warner Bros.’ concept art of the various “worlds” give you a pretty solid idea of what stepped into them might be like: 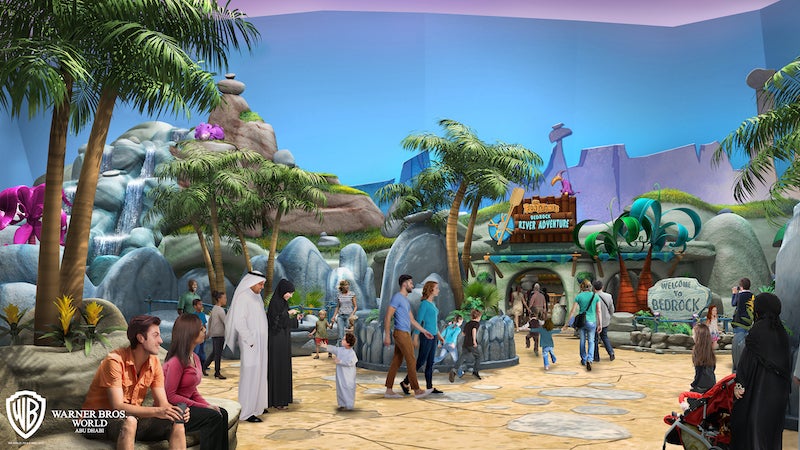 It’s streets are paved with stone and lined with lush, fake foliage. One imagines there’s also a slew of dino-powered machines scattered around the place to make you chuckle. Seems nice. 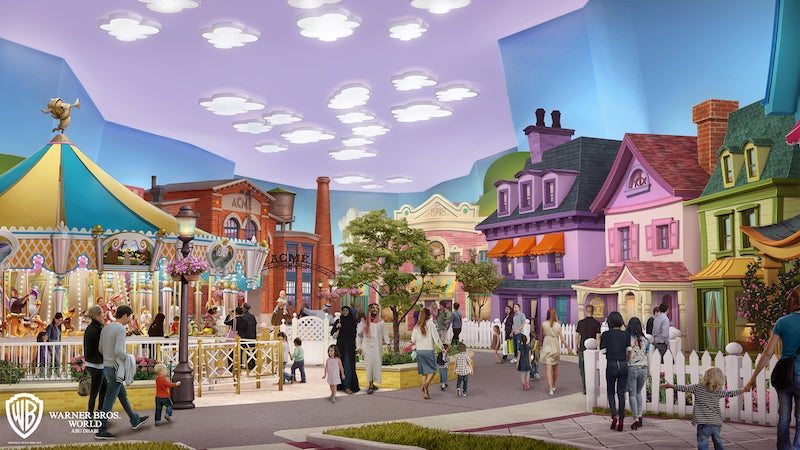 Visit the ACME factory, ride a merry-go-round, meet Bugs Bunny, worry that he will mistake you for Elmer Fudd and make your life hell. 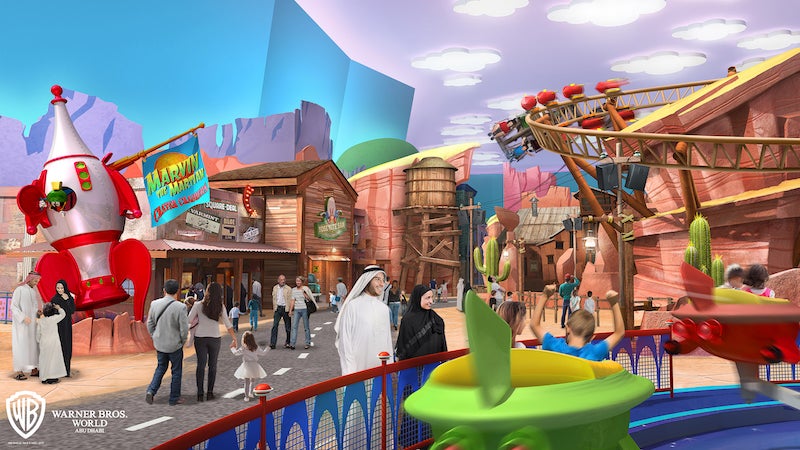 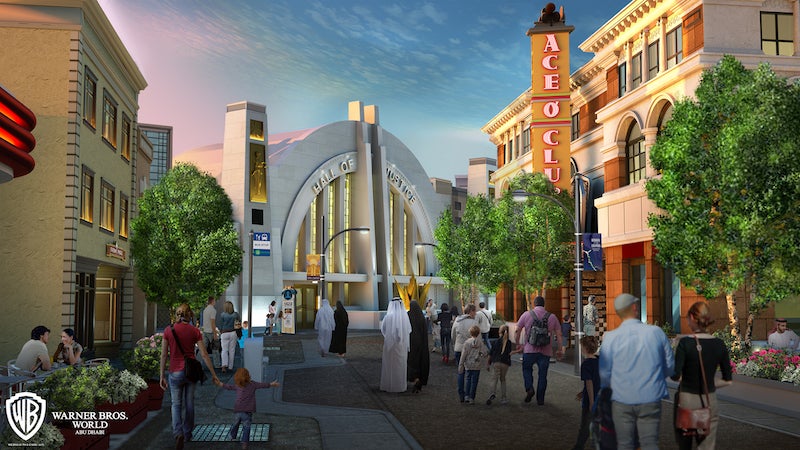 What a love, clean, shimmering gem of a city! You can apparently walk by the Hall of Justice, which seems charming and safe and not at all dangerous. 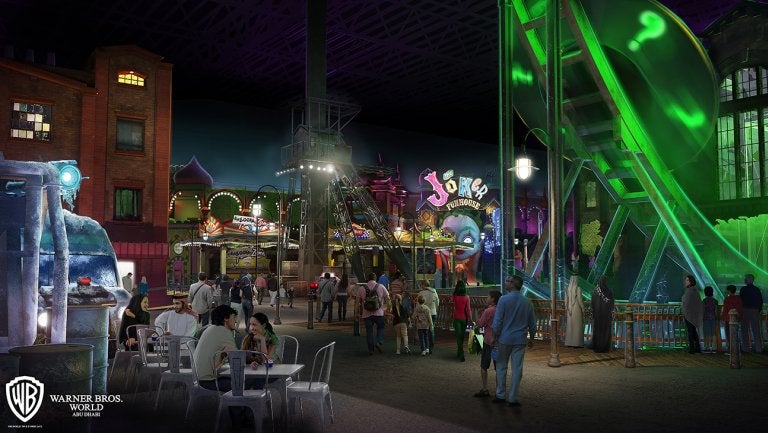 OK, hear me out: Why would anyone ever go to Gotham City? The people who actually live in Gotham can’t step outside of their apartments without randomly walking into robberies in progress or getting wrapped up in a villain’s plans to take over the city.

Yes, you might meet Batman, but you’re also just as likely to be frozen alive by Mister Freeze or hit with poisonous laughing gas first, so that you die horribly while in the Joker’s funhouse. It’s literally right there in the concept art.

But hey, you do you.