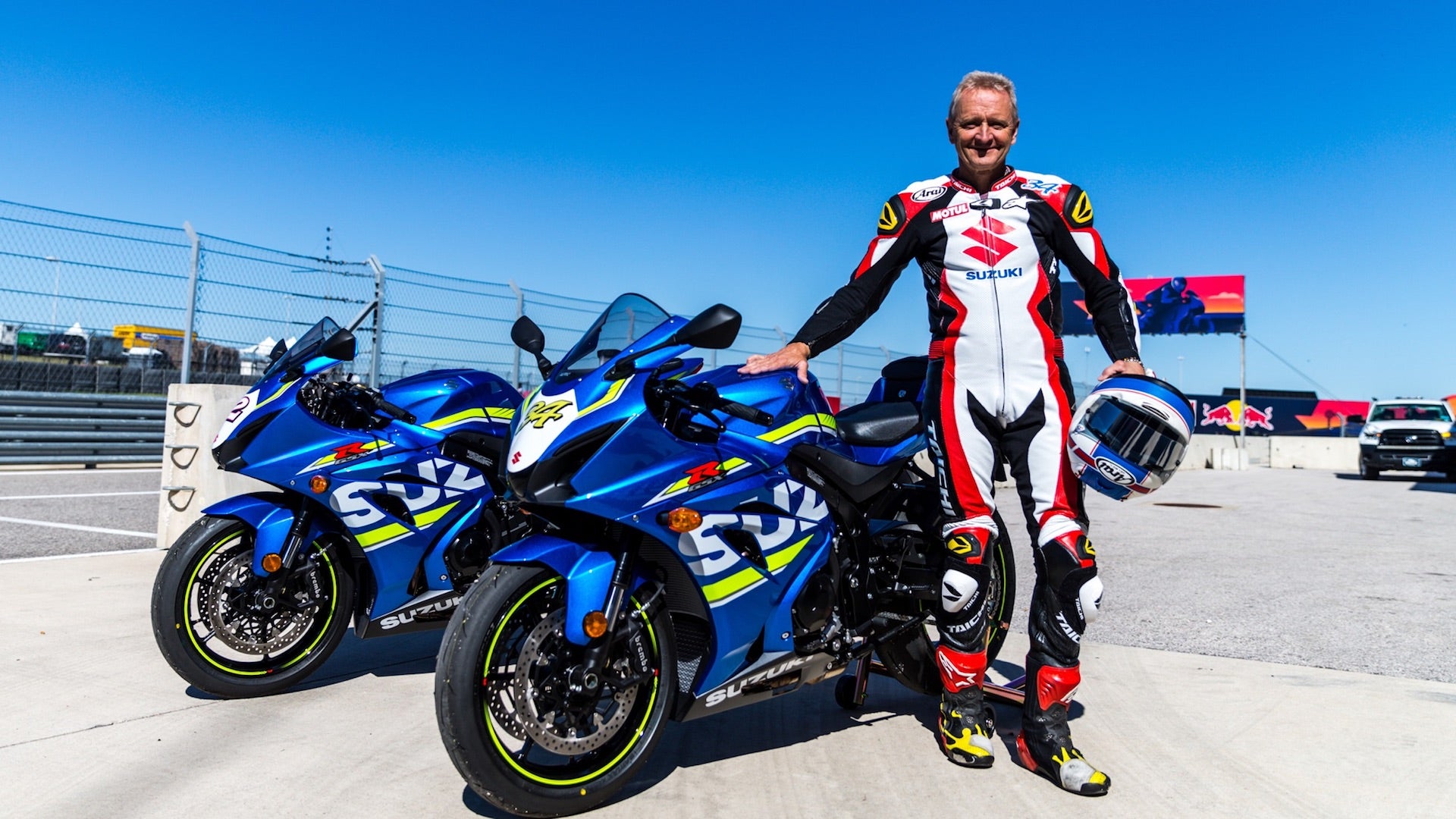 Kevin Schwantz at Circuit of The Americas on Sunday. Photo credit: Kurt Bradley

Former world champion Kevin Schwantz’s parents owned a Yamaha dealership, so his mum was cool with riding motorcycles as a kid. But she only had one rule: Don’t ever race them.

That’s probably the best advice Schwantz ever ignored. Over his racing career, Schwantz accumulated 25 grand prix wins, a world championship and his all-out riding style made him a fan favourite the world over.

Speaking to Jalopnik at the MotoGP race in Austin, Schwantz was constantly interrupted by well-wishers and selfie-seekers. Not by fans, but by competitors and team members in this weekend’s races. 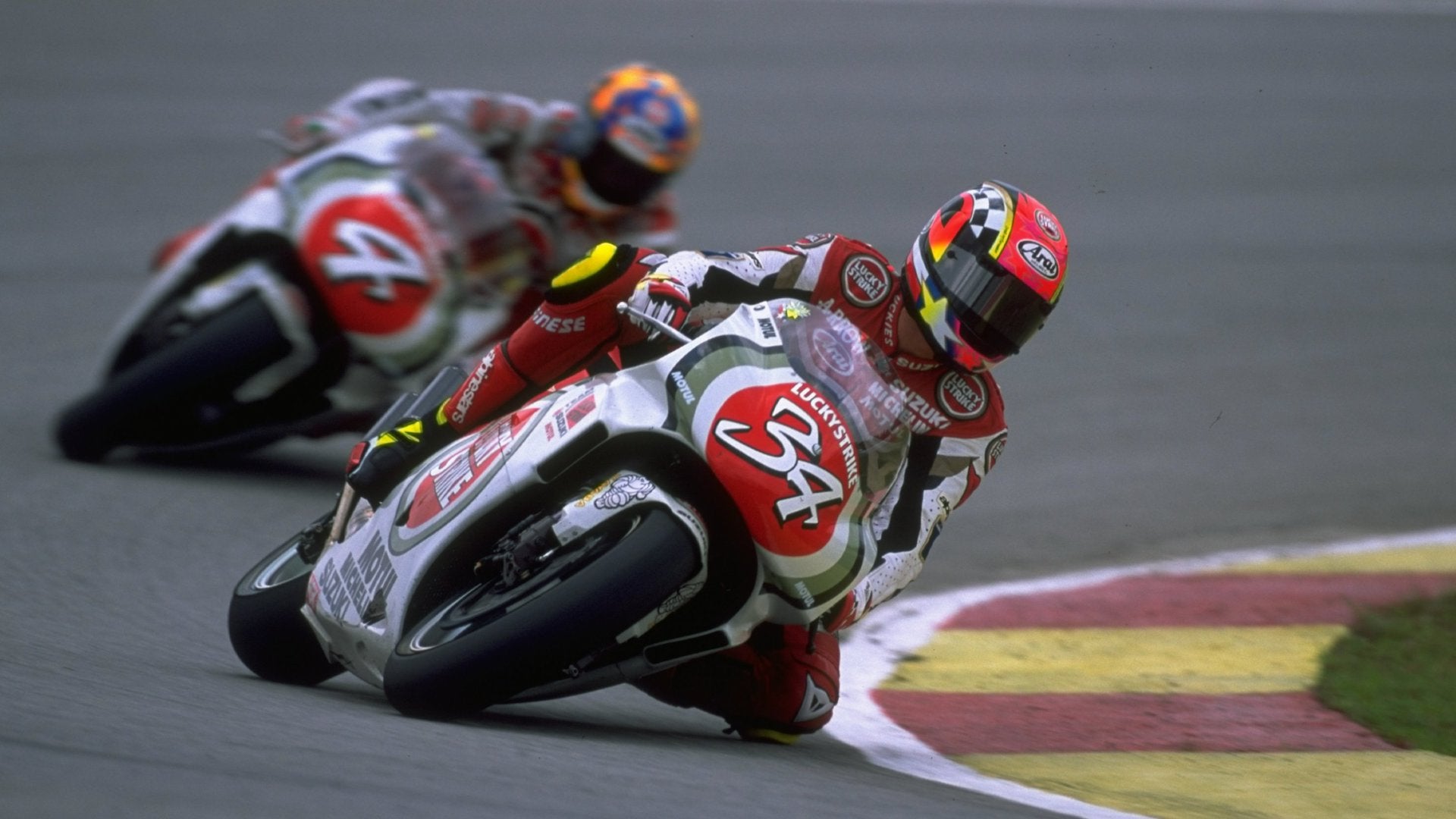 Surveying the motorcycle racing landscape, Schwantz, now 52, said it’s unfortunate that there aren’t any Americans following in his footsteps, or any of the other great U.S. riders that dominated the sport from the late 1970s to the early 1990s.

Schwantz said it’s going to take more young American riders heading to Europe and slogging it out through the developmental ranks to lead to the next breakthrough on the international racing scene. 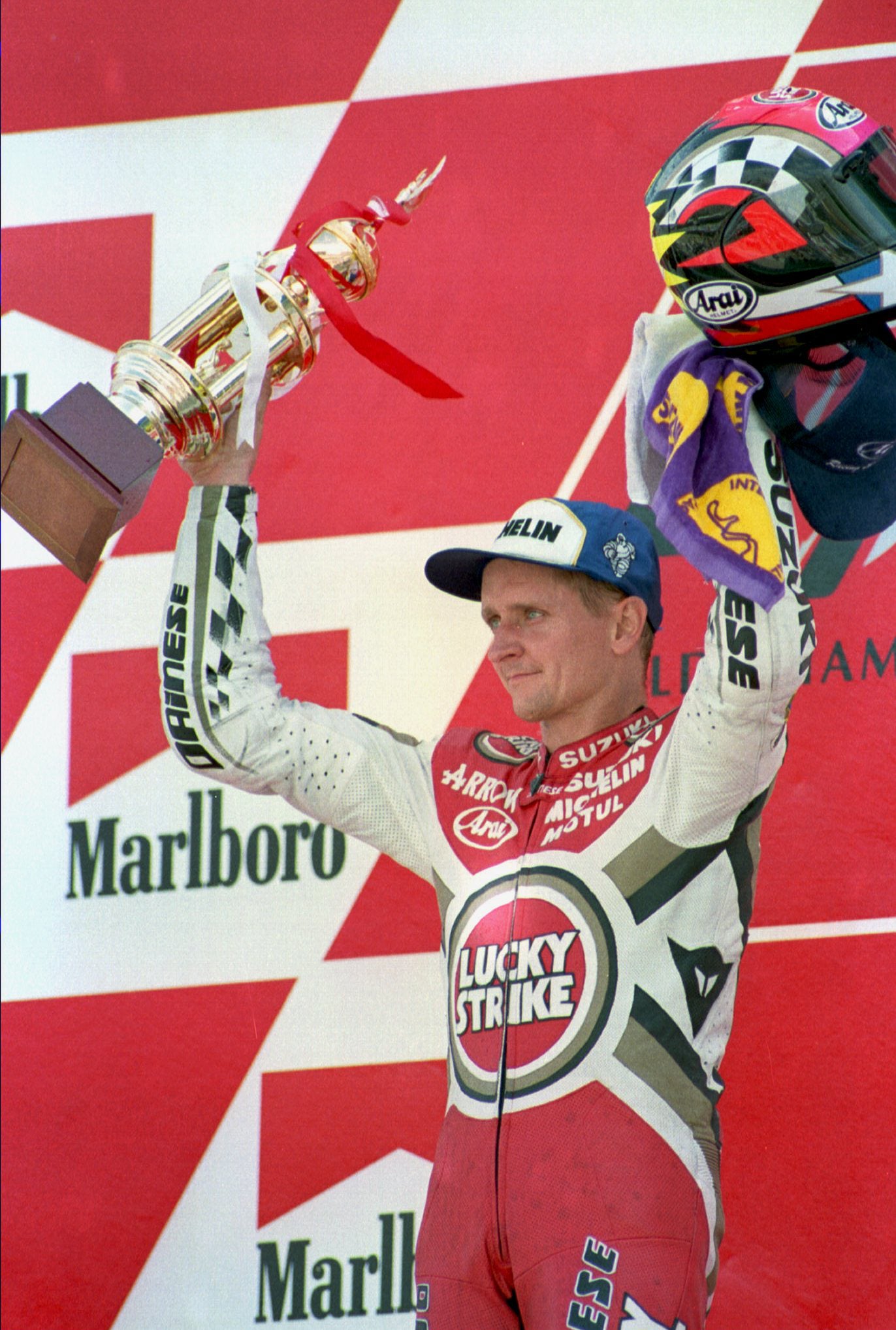 He recalled going over to England in 1985 and getting his hands on a first-year Suzuki GSX-R that had had its transmission moved to the right side for racing at the Isle of Man TT.

“There was a big puddle of oil where they’d done the seal going out the other side of his transmission,” he said. “I was like, ‘Oh my god, what is this I’ve got the ride?”

“It wasn’t a real highly tuned machine, but it handled great,” he said. “The weather that year was absolutely horrific — wet, wet-to-dry, it was freezing-arse cold the whole time. But I only crashed it once.”

His career took off from there.

“That’s where I feel like our kids have gotten maybe a little bit spoiled, ‘They’re like oh, well, how good’s the bike?'”

Schwantz is a Houston native who is recognised the world over — but not so much at home.

“I go to Japan or the U.K. or Italy or Spain and have guys who are stamping your passport say, ‘Hey, glad you’re back, good to see you!'” he said. “When I get back home, they say: ‘What do you mean motorcycle racer, get over there, open that suitcase.'”

Schwantz was a driving force behind getting the Circuit of The Americas track off the ground, but fell out with organisers. The ill-feelings have been forgiven, he said. 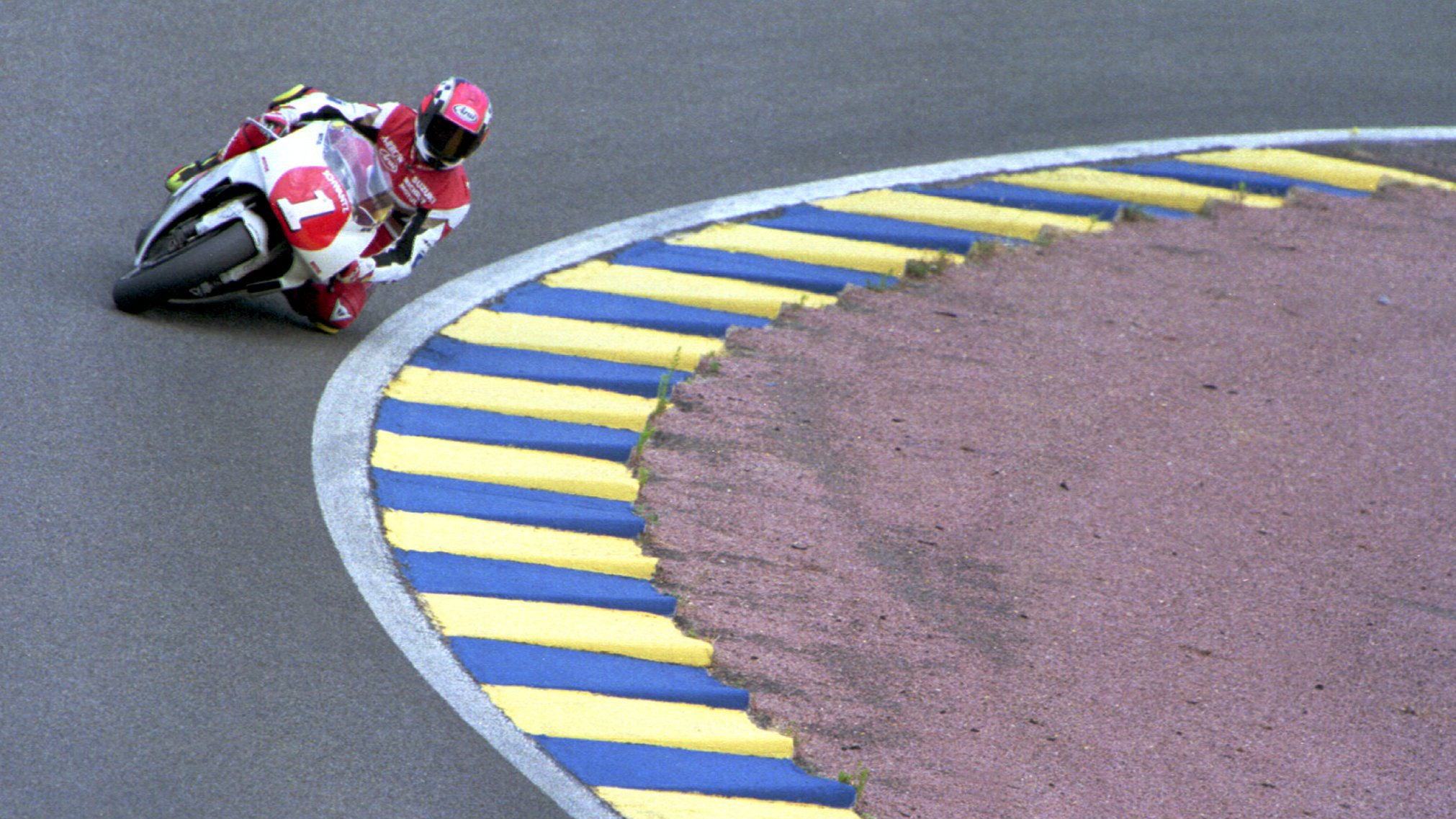 “We had our little disagreement, but we settled those, and it’s good,” he said. “I think we have a pretty good working relationship.”

With MotoGP bikes blaring past the paddock, I asked Schwantz whether he ever gets the itch to get back and mix it up on track with today’s generation of racers.

He got a wry smile on his face, and said, “No, not really.” Schwantz used to do a lot of classic bike races, but said he finds it’s no longer worth the risk.

“When I raced, I used to think that I’m racing with the best guys in the world and we’re not going to take each other out,” he said. But then he got taken out by Mick Doohan and Eddie Lawson. 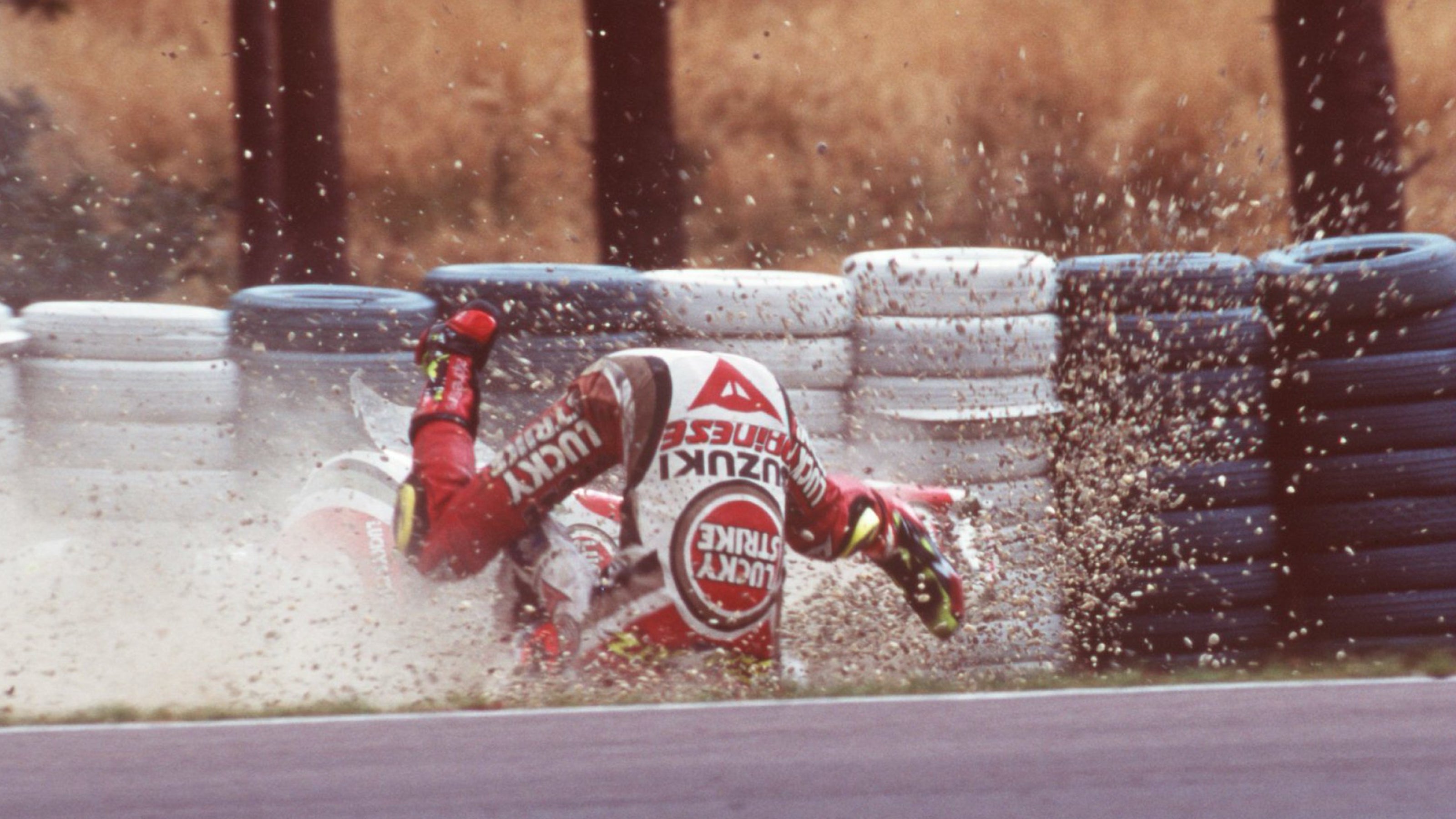 “So I’ve been hit by the best,” he said. “And all that’s at stake in these races is a trophy, not even money.”

Plus, Schwantz said, he’s used to having a target on his back when he’s on the track.

“People see my name on the back and they think, I’m going to beat him and everyone will know I should have been world champion,” he said with a shake of his head. 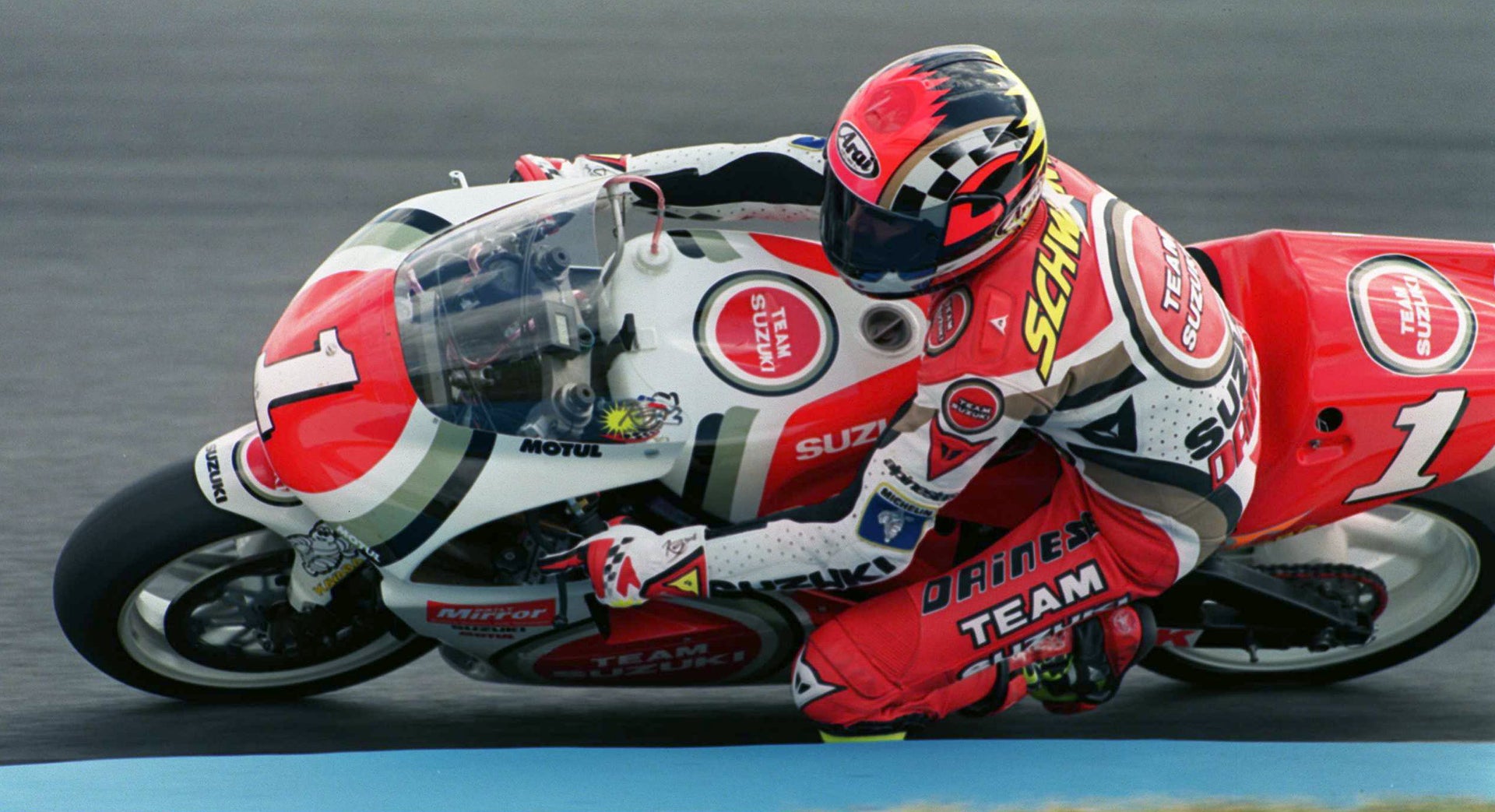 Obviously Schwantz’s mum came around to his racing career, but she wasn’t on hand for his first win at the Japanese Grand Prix in 1988.

“My dad was there when I went out and won,” he said. “And she said, what? ‘I’m never missing another race.'”

We can only hope that other mums will be as understanding when their kids disobey them to pursue racing glory.