Warner Bros. May Have Trouble Exorcising A $1.2 Billion Lawsuit Over The Conjuring 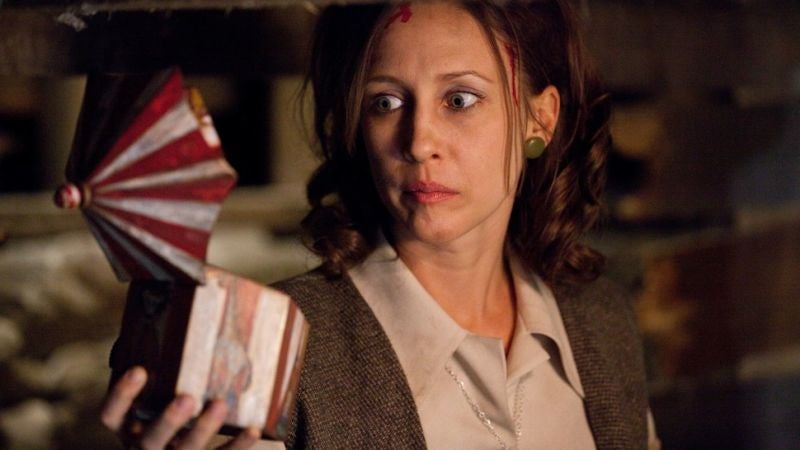 The Conjuring series has been haunted by lawsuits for years, and the stakes are only getting higher. Author Gerald Brittle is now seeking $US900 million ($1.2 billion) in damages over claims producers lifted from his work about two real life paranormal investigators. His ace in the hole? Recognising the pair probably made it up.

The author of the 1980 book The Demonologist says paranormal investigators Ed and Lorraine Warren violated their agreement with Brittle for exclusive rights over derivative works based on their cases. According to the lawsuit, Lorraine Warren gave Warner Bros. the right to use their cases in the now-successful movie franchise (it’s made about $US900 million [$1.2 billion] so far, which matches the lawsuit), but producers needed to seek Brittle’s permission instead.

Brittle and his lawyers say they have been fighting the franchise for years. They sent a cease and desist letter to Warner Bros. before The Conjuring 2 came out, but producers claimed the story was based on “historical facts” instead of Brittle’s book. However, Brittle now claims the Warrens made the whole thing up. He says he believed them before, but he was duped. Of course, that assertion is necessary for the lawsuit to actually work, but let’s be honest… when it comes to paranormal investigating, it’s pretty damn hard to claim historical accuracy.

“This is a pattern of deceit that is part of a scheme that the Warrens have perpetuated for years,” Brittle’s lawyer wrote. “There are no historical facts of a witch ever existing at the Perron farmhouse, a witch hanging herself, possession, Satanic worship or child sacrifice.”

Brittle is seeking nearly a billion US dollars, and wants an injunction to stop the release of Annabelle 2, which is set to come out August 10. He also wants to stop any other films connected to the Warrens from being made, like the previously announced spinoff about The Conjuring 2‘s demonic nun.