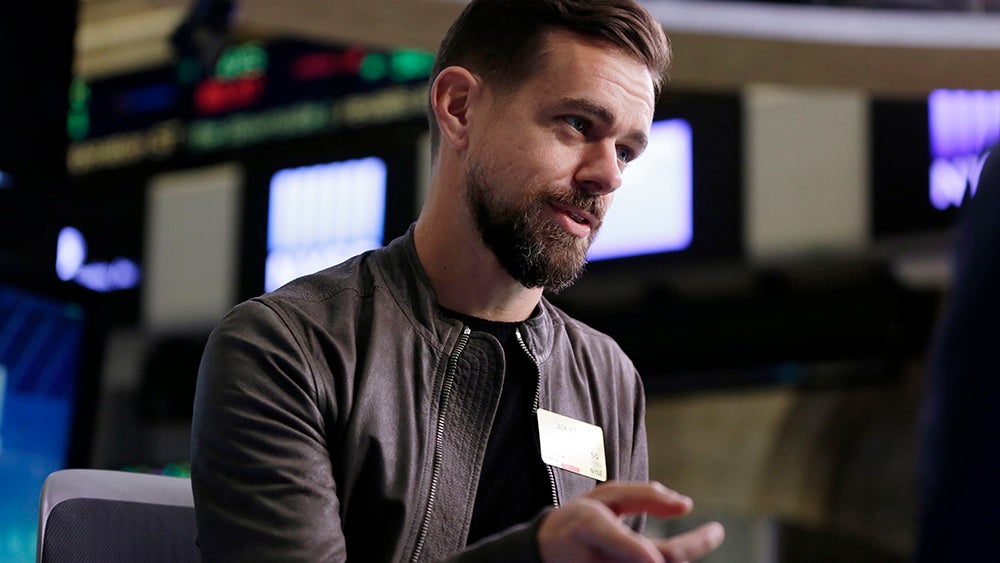 Upcoming film The Circle appears to be about a bearded white guy who runs a technology company that (I guess, based on the trailers) preaches connectivity and positive disruption but exists as a front to mine personal data. Haven’t seen it yet. Jack Dorsey, the white, bearded CEO of Twitter, decided to host a Periscope livestream with members of the cast earlier this week, ostensibly to prove he has a sense of humour about his position as a dystopian tech lord. Could this be any more tone-deaf? Yes. Because Jack Dorsey tried to dodge a question by saying an astonishingly stupid thing.

After a few technical difficulties with the stream were worked out, the CEO launched into a sermon about his company trying to draw from different perspectives. Apparently, diversity is something Dorsey is still committed to, at some indeterminate time in the future. But when cast member Patton Oswalt asked Dorsey about the lack diversity within the company, noting that it’s “odd that [diversity is still] being addressed in 2017”, Dorsey seemed perplexed at first.

“I’m not sure what the causes are,” he fumbled, before landing on a possible answer: Location. “Some of it probably comes down to location and where a lot of these things started.”

Sure, alright. Jack Dorsey, it seems, believes residents of the Bay Area do not constitute a diverse enough talent pool for his company to draw from.

Fortunately for Dorsey, no one on the panel pointed out that Silicon Valley is not composed entirely of white people. If location were the only determining factor in employment diversity stats, Twitter’s workforce would be close to a quarter Hispanic and just under seven per cent black, according to Bay Area census data. Twitter’s internal diversity metrics place employees in those categories at a miserable four per cent and three per cent, respectively. Whites and Asians are also over-represented, if Dorsey’s hypothesis it to be believed.

Twitter, like many Silicon Valley tech companies, also imports plenty of talent from elsewhere in the world — and data for 2015 shows 298 H-1B applications and 91 green card applications. 2014 saw 277 applications approved. With under 4000 employees, that means a significant portion of the company’s talent isn’t, y’know, location-dependent. Seems like something Twitter’s CEO should know!

For users of Twitter, it has long held the title of Best Platform to Be Called a Cuck on by a Complete Stranger, with few, if any, meaningful changes being made to protect marginalised people from internet militias. For employees, Twitter suffers from the same systemic issue that many Silicon Valley firms have and refuse to fix, which is to say it’s a glut of same-thinking white dudes running everything with no shortage of facile deflections over this sad state of affairs.

Fortunately for Dorsey, Periscope sucks and very few people probably saw him trip while trying to dodge a question about his company’s embarrassing hiring practices.