I know there are Trancers fans out there. Ghoulies, too (and Ghoulies 2). The studio that brought you these and other awesome/terrible horror movies throughout the VHS days of the 1980s, Empire Pictures, is unleashing a 15-disc, 18-film box set later this spring. RIP to all your brain cells. 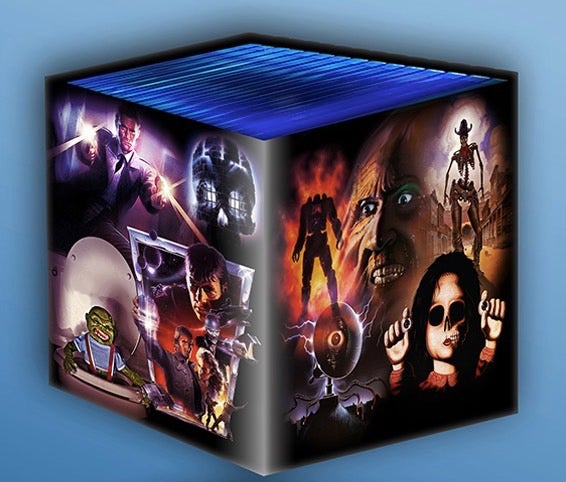 This glorious collection, which technically contains 14 Blu-rays and one DVD, is being produced in a limited run of 600. Be warned, it will set you back $US250 ($326), but look at all the titles you get, aside from the aforementioned Trancers, Ghoulies, and Ghoulies 2: Metalstorm and Metalstorm 3D, The Dungeonmaster, Eliminators, Crawlspace (starring the great Klaus Kinski), From Beyond, Terrorvision, the original Troll, Dolls, Prison, Cellar Dweller, Catacombs, Ghost Town, Robot Jox, and Arena.

If you've already seen all those films, you very well might be some kind of cult movie god. Each box set comes with a 24-page book with notes about the movies, and is numbered and signed by Charles Band, who founded Empire and also directed a few of its best-known titles, including Trancers. (Band later founded Full Moon Features, home of the Puppet Master series.) The Empire box set will only be available from Full Moon Direct online - preorders start April 25 and sales begin May 5 - though convention-goers may also be able to pick it up at select events where Full Moon is in attendance.