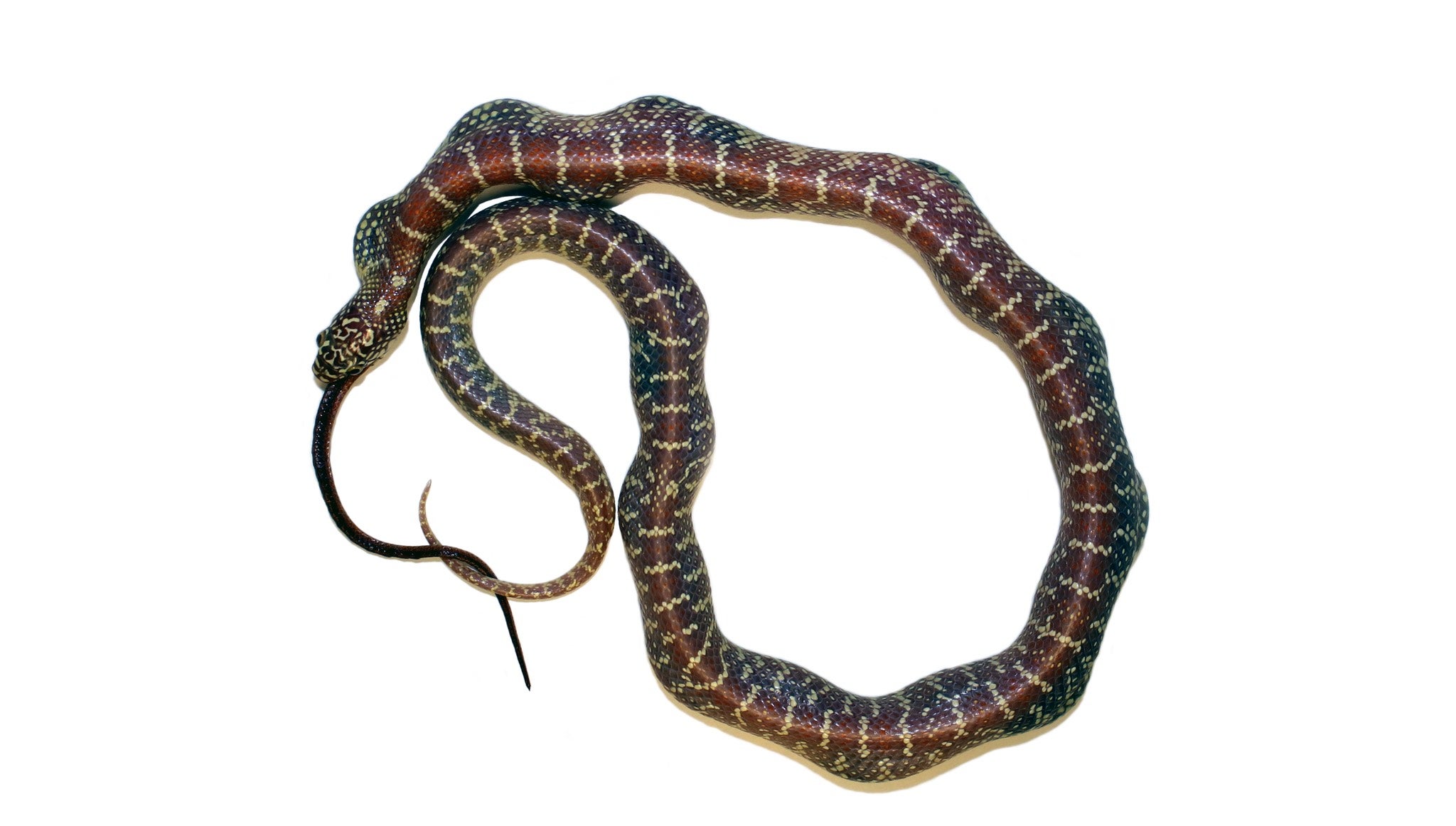 Professional fighters have weight classes for a reason: No matter how adept the smaller fighter is, a much bigger one will probably have some sort of advantage. But size is rarely an issue in the snake world if a kingsnake is competing — and the little snake usually eats the bigger snake. So there’s that.

A pair of American researchers wanted to know how these little snakes, only a metre or so long, could feast on snakes sometimes 120 per cent their size, especially since both the kingsnake and the larger snakes they might prey on use the same killing technique. The jury’s still out, but the answer is probably in their coils. 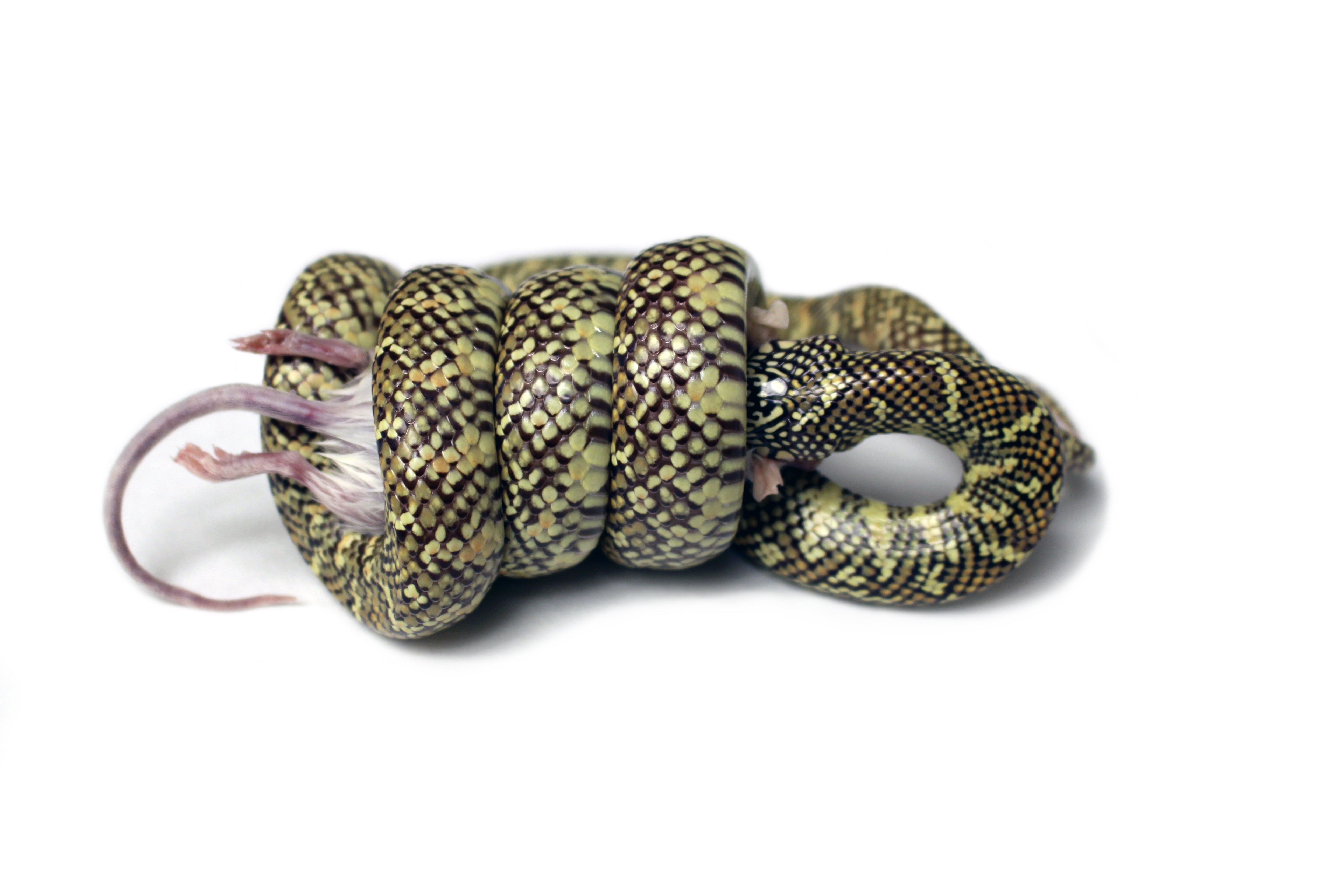 When David Penning first read another study about these kingsnakes, he was fascinated by how this little tube dude could fit a larger tube inside of itself. “That question is like asking someone to shove a larger garden hose into a smaller garden hose,” the Assistant Professor in the Department of Biology and Environmental Health at Missouri Southern State University told Gizmodo. “It’s not possible.”

Those other researchers found that the kingsnake folds the larger snakes such as the ratsnake into its incredibly stretchy stomach like an accordion. But that left an open question. Kingsnakes and rat snakes both kill their predators by constricting them — so how could the smaller snake kill the larger snake, when the larger snake is trying to constrict it right back? 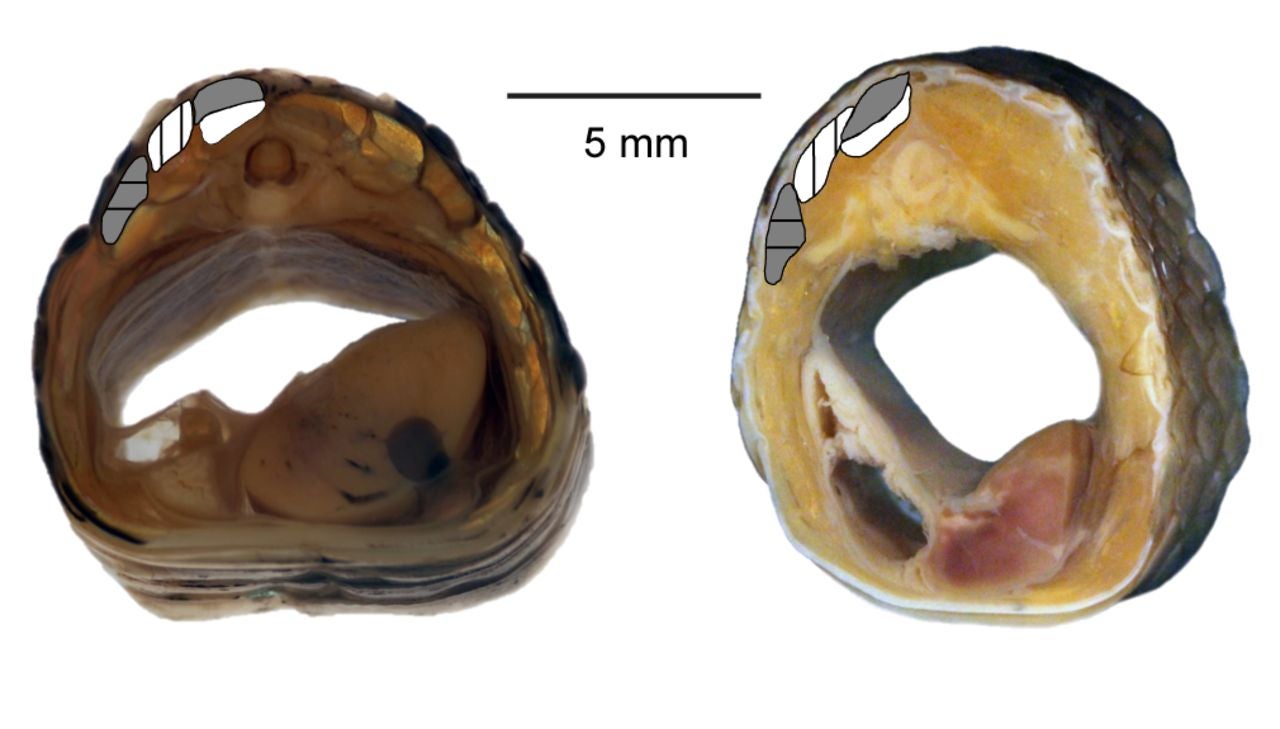 Penning first sliced some snakes up like deli meat to see if there were differences in their muscles — there didn’t seem to be any. So he and his partner got 182 live snakes, both kingsnake and ratsnake species, and watched how they constricted dead mice.

The researchers still don’t know for sure what makes the kingsnakes such great killers. But the only noticeable difference between them and ratsnakes was the amount of pressure the snakes exerted on their prey and in the way their bodies arranged in coil, according to the research published last month in the Journal of Experimental Biology. “The kingsnakes are little brutes,” he said. “They’re just stronger than other snakes. They use that elegant and simplified parallel body loop. Rat snakes are variable and haphazard in their body application.” 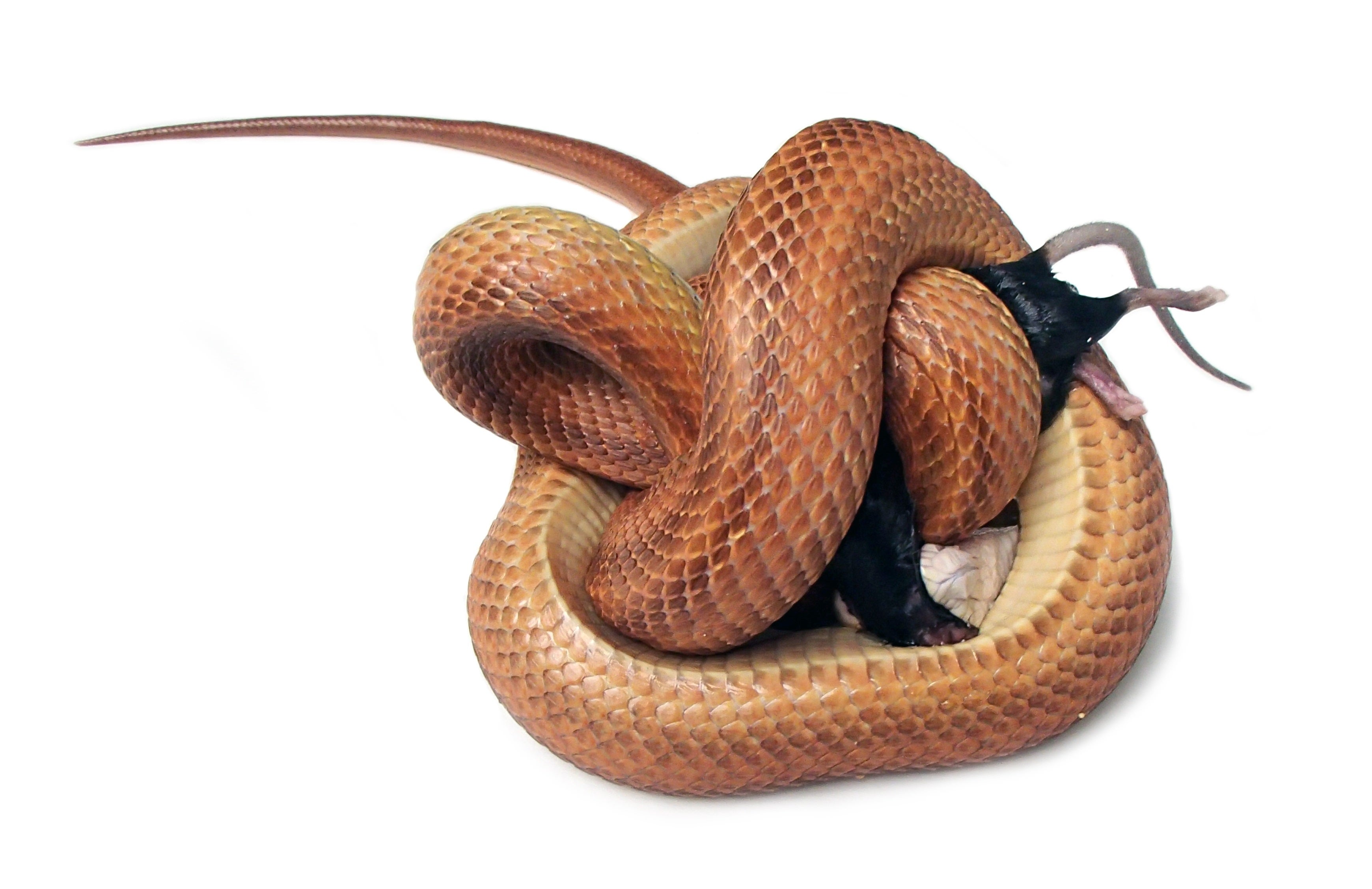 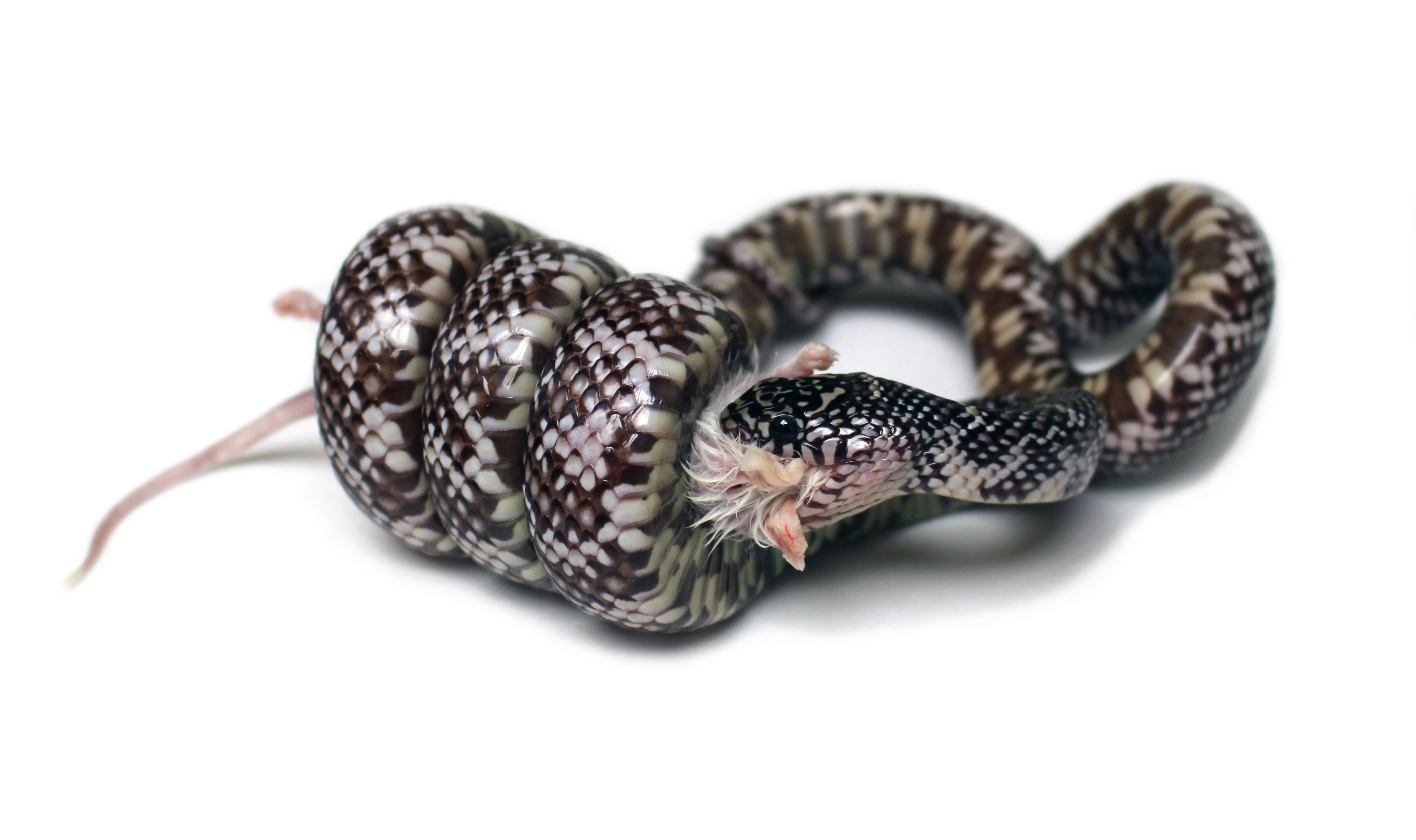 But the paper only covers how these snakes attack prey. In the past, Penning has seen bouts between snakes last for hours, and unless the kingsnake is far smaller than its opponent, it always wins. “We’ve never seen a scenario where a kingsnake finds itself at the losing end of the situation,” though obviously that doesn’t mean it hasn’t happened.

This behaviour is evolutionarily advantageous, even if it leaves the kingsnake feeling a little overfull. Should a ratsnake find a mouse to eat and the kingsnake arrives and there’s no food left, no worries. It can just eat the ratsnake, probably. 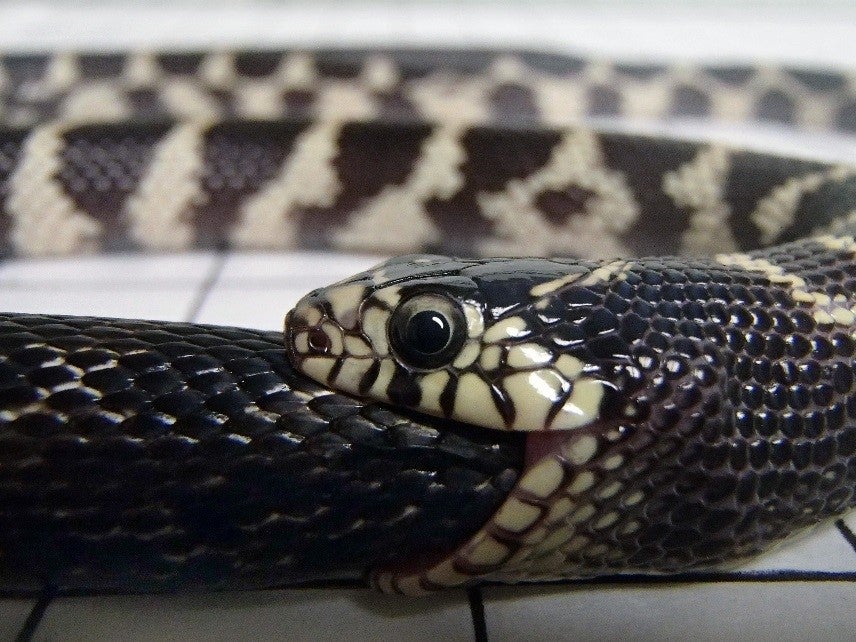 Penning doesn’t know for sure whether the tight coiling and pressure are the main reason for the kingsnake’s prowess, so he’s going back to keep observing these snakes to see what makes them such badarses — maybe the coil pattern is just a coincidence, since correlation isn’t causation.

[The Journal of Experimental Biology via New Scientist]