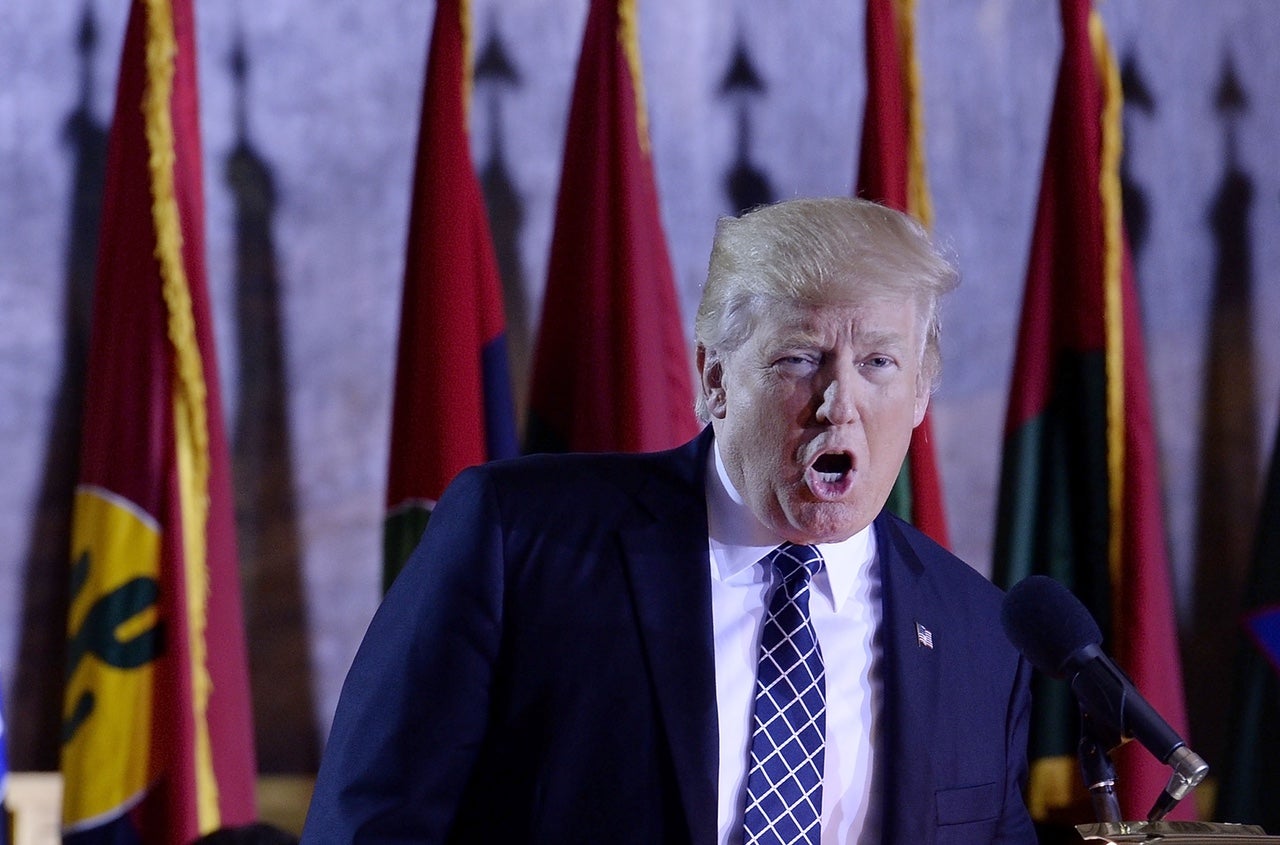 Barack Obama may have been the first president with a Twitter account, but Donald Trump will definitely be remembered by history as the first social media president. President Trump tweets morning, day, and night — eliciting plenty of love from his supporters and torrents of hate from his detractors. But Trump’s constant tweets have presented a new challenge for the US Secret Service. Namely, how to tell when a threat made against the President is credible.

President Donald Trump speaks at the US Capitol on April 25, 2017 in Washington, DC. (Photo by Olivier Douliery-Pool/Getty Images)

Politico has a new article today about the unique threat that Trump’s online presence has generated. By constantly tweeting, often in an aggressive and confrontational voice, the president gets threatened on a daily basis by people who see Twitter as a direct channel to speak with the most powerful person in the world.

Every time I speak of the haters and losers I do so with great love and affection. They cannot help the fact that they were born fucked up!

“It’s an arithmetic impossibility to interview every single person who sends a threat. It’s not possible,” Dan Bongino, a former Secret Service agent who protected George W. Bush and Barack Obama told Politico. “By necessity they have to triage what’s credible and what’s not and it’s tough to do by just looking at a 140-character tweet.”

And that’s no easy task. If someone says that Trump “better watch his back” is that a credible threat against the president? It’s a crime to threaten the president’s life, and the Secret Service does its best to follow up on everything. But social media has made it a game of whack-a-mole.

The Secret Service didn’t comment on the specifics of social media threats against Trump. But as Politico points out, the sub-agency has the lowest morale of all government workers right now. And it’s not hard to see why. They’re constantly chasing Trump and his family (including his adult children) all around the world, constantly disrupting their schedules from any acceptable norm. And American taxpayers are footing the bill.

Geographic concerns are compounding the issue, along with the unpredictability of the president and his family. So what seems like a benign threat on social media in some random part of the world could become a very tangible threat if Donald Trump Jr. decides he really wants a crepe in France this afternoon.

Needless to say, it’s not smart to threaten the president on social media, no matter how much you think it’s obviously a joke. The whole thing reminds me of an old sketch from the comedy troupe The Whitest Kids You Know.

Stay safe out there kids and don’t do anything stupid. You don’t want the Secret Service knocking on your door.