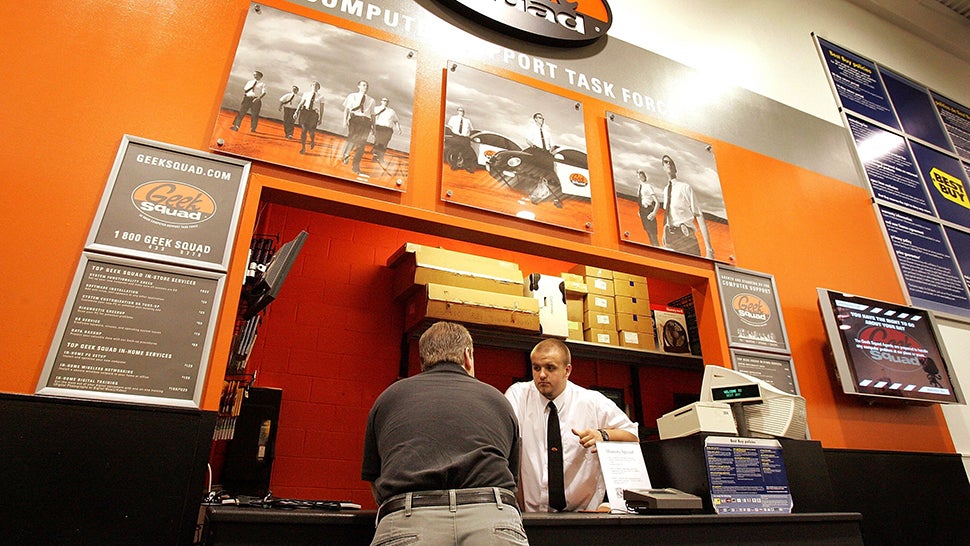 We know that the FBI has had a hard time finding tech talent and the current US administration has so far shown little interest in hiring technology experts, but we didn’t expect this. New US federal court documents show that the FBI has been actively coordinating with members of Best Buy’s “Geek Squad” to hunt for child pornography on customers’ computers.

Earlier this year, Rettenmaier’s defence attorney, James D. Riddet, argued that the Best Buy employees’ relationship with the feds is “so cosy and so extensive that it turns searches by Best Buy into government searches”. At the time, the judge rejected this argument saying, “Nothing unreasonable occurred here, and there was no arbitrary invasion of anyone’s privacy by governmental officials… and there’s not a shred of evidence that anyone at the FBI directed anyone at Geek Squad City to detect and locate child pornography for the purpose of reporting it to the FBI.”

But now, Riddet contends that documents that were released after the initial evidentiary hearing make a stronger case that there was deliberate coordination.

Riddet declined to be interviewed. But in court filings he said that there were “eight FBI informants at Geek Squad City” between 2007 and 2012, and that the facility’s “data recovery system was designed to identify and report child porn from all over the country.” A number of Geek Squad employees received $500 or $1,000 payments from the FBI, documents and testimony showed. Riddet cited an FBI letter to the U.S. attorney in Kentucky which stated that, “Under the control and direction of the FBI, the CW [confidential witness] agreed to notify the FBI when CW detects the presence of child pornography during the regular course of CW’s employment and is willing to testify in a court of law.”

Things get stickier when it comes to what Best Buy knew. At the hearing in January, a Geek Squad supervisor named Justin Meade claimed that he hadn’t received payments. FBI records show that he did. And Riddet is arguing that Meade specifically searched the computer rather than just stumbling upon an image in his routine duties. The lawyer’s evidence for this is that a single image of a nude girl was found on his client’s hard drive in the unallocated space where deleted images live on.

It would be easier to argue that Best Buy employees were acting as deputised members of the FBI and conducting illegal searches if senior officials at the company were aware of the activity. A spokesman for the retailer told the Washington Post:

We have learned that four employees may have received payment after turning over alleged child pornography to the FBI. Any decision to accept payment was in very poor judgment and inconsistent with our training and policies. Three of these employees are no longer with the company, and the fourth has been reprimanded and reassigned.

Along with the fact that this situation runs the risk of screwing up a child pornography case, for Best Buy, it could alienate regular Joe customers who don’t trust the company with their privacy. Even people who are entirely innocent don’t love the idea of the FBI going through their stuff.

For now, Riddet has requested that the judge rule all of the searches illegal. A decision will need to be made before the trial date in June.