The Competition May Be Catching Up With Netflix 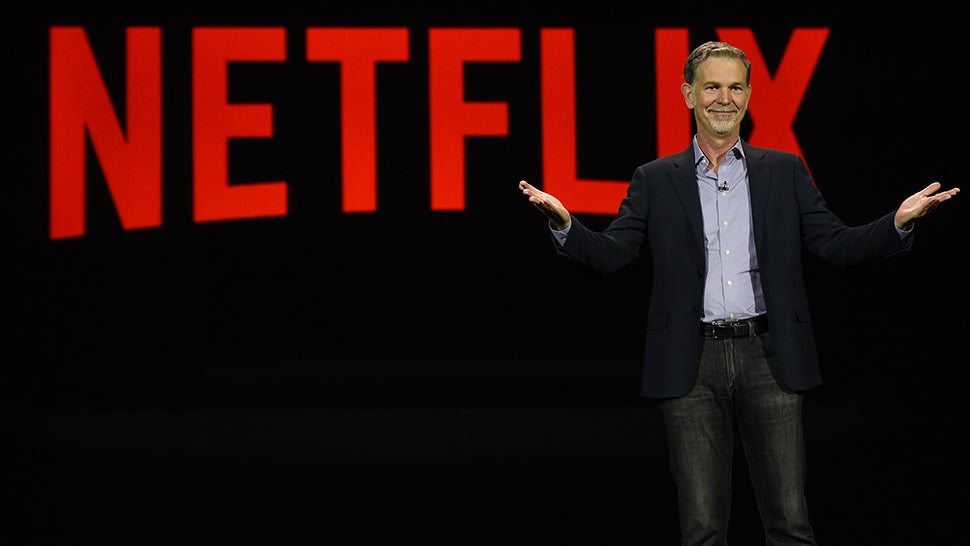 Netflix issued its first quarter user gains report to investors today, and the fact that it fell short of user growth estimates caused a brief drop in the streaming giant’s stock price. It blamed the lacklustre growth on one thing: No House of Cards-style blockbusters. But in reality, Netflix is probably waking up to the crowded streaming landscape.

According to Bloomberg, analysts predicted that Netflix would pull in 5.49 million new users this quarter. The actual figure turned out to be 4.95 million additional subscribers, which is really nothing to sneeze at. The company announced it expects to pass 100 million users this coming weekend. But missing the projections means a lot when you’re a publicly traded company that bases its measure of success on growth.

Now, the world’s largest paid video service wants to be judged on its earnings rather than its growth. Considering it pulled in first quarter profits of $US178 million ($235 million), or 40 cents ($0.53) a share, that seems like a wise move. Despite a five point drop in its stock price this morning, Netflix is currently up a little over three per cent.

The investors who jumped in to take advantage of the discount were probably making a smart short-term decision — Netflix isn’t going anywhere. But the missed growth numbers and the new insistence on being judged by its earnings could signal an understanding that the service is about as big as it can get.

Sure, there are many more people on planet Earth that don’t subscribe to Netflix. They are potential customers. In the fourth quarter of 2015, research showed 49.1 million pay TV subscribers in the US and that number is falling. Compare that to the 49.43 million subscribers Netflix had in the fourth quarter of 2016 and it might look like there’s room for the service to double its base in the States over time. But that leaves out the massive unbundling of pay TV that’s happening at the moment and the existence of niche competitors.

Until recently, the only real competition for Netflix in the US was Hulu, which is owned by major media companies like Disney, Comcast and Time Warner. The two services have been differentiating themselves lately with Netflix focused more on films and original content as it loses out on deals with the major studios. Hulu lost its one crown jewel of quality filmmaking when its deal with the Criterion Collection expired and that niche service decided to start its own streaming company with Turner Classic Movies, Filmstruck. Premium pay TV channels like HBO, Starz and Showtime have standalone services. And cheaper streaming bundles of pay TV channels from Sling, DirectTV and most recently YouTube are filling up the crowded market. CBS is limiting the new Star Trek exclusively to its pay service in the US (though it will hit Netflix in Australia). In the global market, Netflix has other competitors to worry about as well, such as Australia’s Stan.

This is great for consumers. There’s nothing better than choice, especially if you’re just into horror movies, for instance — there’s a service for that, though unfortunately it’s unavailable in Australia. But Netflix’s days of being so far ahead of the game no one can touch them are possibly coming to an end. As long as they stay affordable and make enough content that people want to watch, they will be fine. But consumers will likely have to decide if they want to shell out a lot of dough for a bunch of services or narrow their choices to just one. If Netflix lives or dies by a single “House of Cards-style hit”, they better hope they have a lot of them coming because the companies that make the other content are building their own streaming networks.