The Cold War Officially Gets Renewed For A Second Season 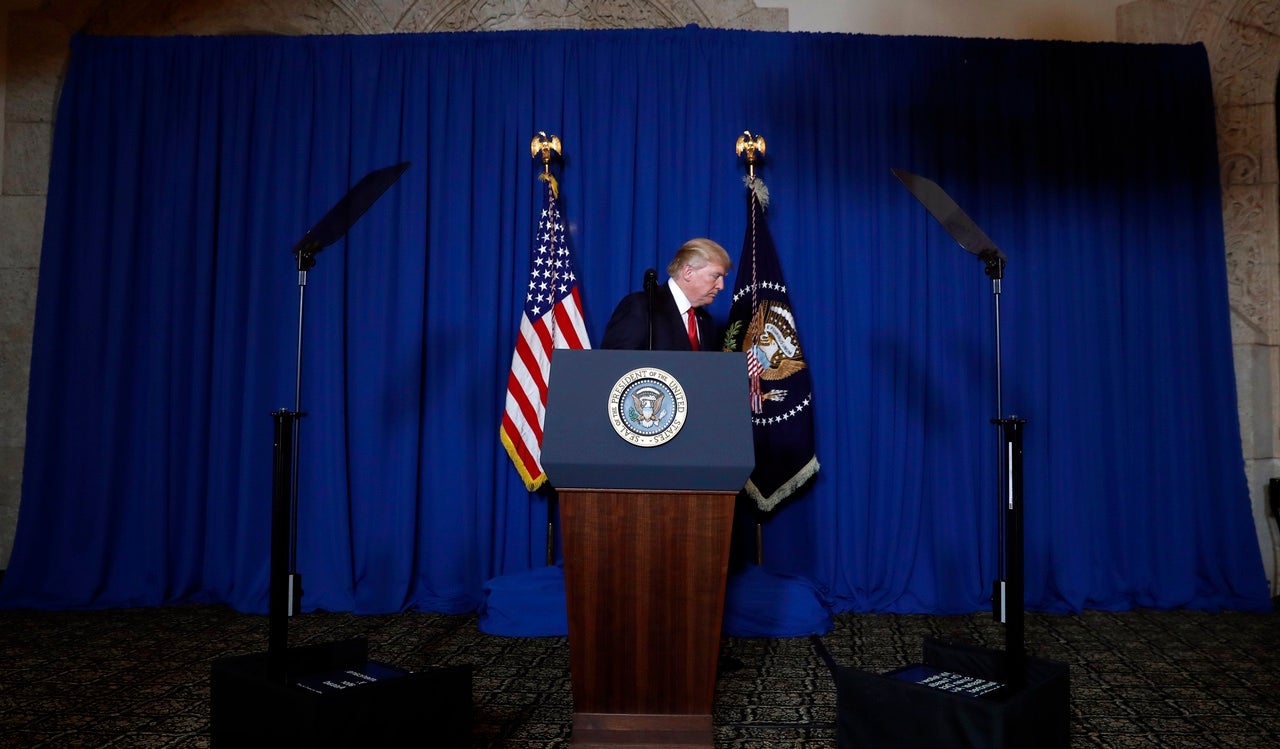 The US military launched a missile attack on a Syrian airbase yesterday, and the President of the United States announced it by uncharacteristically invoking God three times in his three-minute speech. The baby known as Cold War II was conceived long ago. But yesterday, President Trump helped give birth. Congratulations! It’s a war!

There are a lot of things I don’t know. I don’t know how Trump personally feels about Russia; I don’t know what the US will do now that it has launched 59 Tomahawk missiles against the Assad regime in Syria; I don’t know if a hypothetical President Hillary Clinton would have done things any differently. But I feel pretty confident that I know one thing: The history books will mark 2017 as the official start of the Second Cold War.

Now, this isn’t altogether fair to the concept of the Cold War. As I’ve argued before, the Cold War never really ended, it just got a bit colder during the past two decades. But history books demand dates. These books need coherent stories with a beginning, middle and an end. They need characters, big and small — some good, others bad. These history books need valour and cowardice and heartbreak and redemption and money and piles of dead bodies. So many dead bodies.

And with all of that, it looks like 2017 is going to be our mark for the beginning of Cold War II. Who are the good guys and who are the bad guys? Much like the first Cold War, it’s all a matter of perspective and highly dependent on whether any US or Russian forces or allied armies bombed your neighbourhood in recent weeks. Other echoes of the first Cold War include strange bedfellows, uneasy alliances, and plenty of proxy wars where a lot of people die. A war is never really over until enough humans die.

Go check out the Cold War on Wikipedia — the community-edited encyclopedia will tell you that the Cold War started in 1947 and ended in 1991. And there’s nothing wrong with saying as much. It’s simplistic, sure, but it’s also a useful jumping off point to discuss that particular period in history. The Cold War spills off into both sides, starting long before 1947 and, as I said, never really ending.

We like to slice up history into segments that are easier to digest. Sometimes we carve them into generations, separating Generation X from Millennial and Baby Boomer from The Greatest Generation. Sometimes it’s political eras, separating the Bill Clinton era from the George W. Bush era. Again, these are all sloppy and simplistic, but they’re a place to start if a five-year-old has asked you what Sputnik was.

What does a wealthy white man from Wisconsin born in 1901 who never served in World War II share with a poor black woman from Alabama born in 1921 who served her country as a nurse in the Pacific theatre, only to then live under Jim Crow after she returned? It’s an extreme comparison, sure, but you get the idea. They’re both part of the Greatest Generation, so what?

And with that “so what” we rush headlong into the Second Cold War with our starting year, 2017. And that doesn’t mean that it’s true or that everyone’s experiences of it will line up, even if you’re close to someone else in age, sex or geography. It just means that we’ll start to see stories told about Cold War II that are going to be held up as definitive accounts — again with plenty of lies and money and death along the way.

Why 2017? What changed? Well, you can point to one big, recent development in particular, as anyone might guess. The second season of Cold War just cast a new character: President Donald J. Trump, reality TV host and sometime sexual predator who now controls the world’s largest supply of nuclear weapons.

Trump isn’t exactly a fresh face for our viewers at home who are more accustomed to seeing him fire people like a big boy on the TV set and hug purple monsters to sell hamburgers. But seeing Trump in this new job is obviously a bit jarring. His new role as President of the United States is objectively strange. But like most strange things that we can’t help ourselves from binge-watching after investing so much emotional capital, viewers have just suspended their disbelief and tried to follow the plot. And what a messy plot it’s been so far.

Season 2 of the Cold War has espionage, messy break-ups, and a seemingly endless supply of catfights. And this one has characters that look decidedly different than the first season. China may or may not be trying to vote North Korea off the island; there are proxy wars in the Middle East between Iran, ISIS and Saudi Arabia; and to top it all off, there’s a cloud of suspicion about who the American president will align with. Will he give Putin a rose or is it all a big distraction? We’ll have to stay tuned to find out!

And Season 2 has continued a very compelling storyline from the last administration that includes dropping bombs in places like Syria. What makes yesterday’s bombing unique, of course, was the target. The American military has carried out at least 7469 airstrikes in Syria since 2014 that we know of, but this was the first one that intentionally targeted members of the Assad regime.

How else can we tell that 2017 is the official start of Cold War II? The media are beating the drums of war, preparing the American people for major conflict, whether it’s in Syria, North Korea or Timbuktu for all we know.

For some members of the media, it doesn’t really matter where the war is taking place, they’re just sitting back for the optics. Some proclaim US State Department Secretary Rex Tillerson “brilliant” for saying that all options are on the table for invading North Korea and that we’re done talking. It should probably be noted that the mission of the State Department is diplomacy, so two sentence statements wouldn’t be seen as “brilliant” during any “normal” administration.

Other members of the media are just here to cover the “beauty” of this new Cold War. Yes, yesterday on MSNBC, anchor Brian Williams described the 59 missiles being launched into the sky as “beautiful”, and even quoting Leonard Cohen, in a video that I still can quite believe.

But I should believe it. Because the media are very plainly preparing the American public for war. Not because they personally profit from the bombs dropping or some other InfoWars conspiracy theory garbage. They’re preparing the public for war because war is both possible and scary. And the threat of a scary thing happening is by definition news.

Some craven media figures all have their own reasons for applauding wars rather than reporting critically of them, but at the end of the day it’s mostly because they’re playing stupid while dressed up as being patriotic.

On Tuesday, NBC News anchor Lester Holt reported from South Korea, giving Americans at home an “exclusive look” at military training exercises in the region. If you lived through the build-up of the March 2003 invasion of Iraq you might be getting the vague sense of deja vu.

Holt and viewers at home were given a highly choreographed demonstration of what the US and South Korea are doing to prepare for potential war with North Korea. The choreography is evident by the camera angles and the mere fact that NBC announced that they were being given special access. The US military doesn’t give special access out of the kindness of its heart. It’s public relations, and the value is in putting a floor in so that Americans aren’t completely caught off guard when an invasion occurs in their name.

But somehow Holt managed to present viewers with the impression that this reporting wasn’t a coordinated media encounter. While interviewing Lt. Col. Teddy Kleisner, Holt was interrupted by the sounds of a helicopter.

“As if on cue, Colonel Kleisner is interrupted by a rescue chopper,” Holt explains to viewers who may have forgotten that this entire exercise was being performed for the media — something that was evident to any university student who’s taken a Media Studies course.

There’s nothing wrong with covering what’s happening in South Korea, but my email inbox is already being flooded with people calling me un-American for what they view as not being sufficiently deferential to the idea currently being floated that North Korea poses a grave threat to the national interests of the United States. Again, it’s that noxious plume of deja vu smoke that instantly transports me to late 2002.

Yes, the New Cold War has officially begun. And with that, we must do our best to put on our media criticism goggles. Again, I don’t know everything. In fact, I don’t know most things. But I do know that 2017 is the beginning of Cold War II. As I’ve said before, it’s a miracle that anyone survived the first Cold War, given the number of times we almost blew up the entire world on accident. Looks like we’ll be rolling the dice on that trainwreck again. 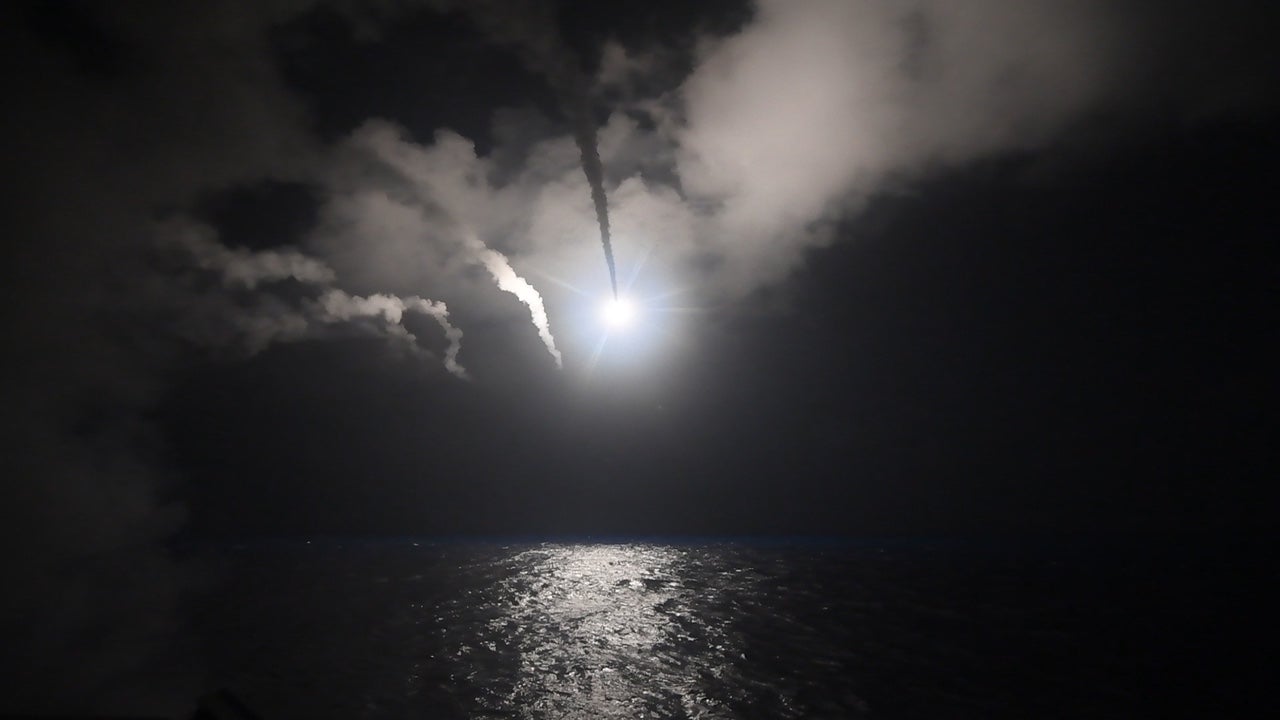 The view from the guided-missile destroyer USS Porter as it launched 59 Tomahawk missiles against a Syrian airbase on 7 April 2017 (U.S. Navy photo by Mass Communication Specialist 3rd Class Ford Williams/Released)