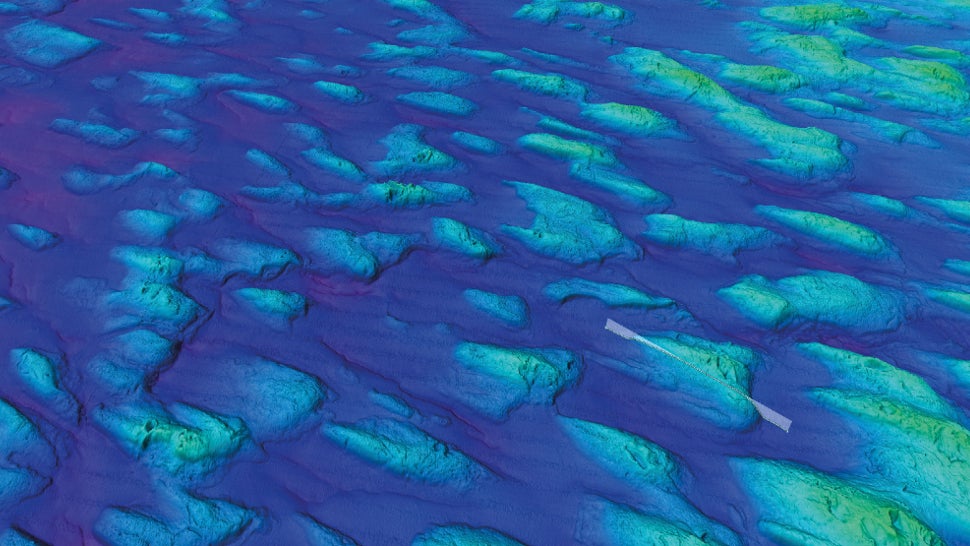 An unprecedented collaboration involving 20 countries, 75 institutions and over 250 marine geologists has yielded a new atlas that’s providing our best glimpse yet of the seafloor at both polar regions of the planet. The images are of significant scientific value, but they’re also quite beautiful.


Gulf of Bothnia drumlins. These structures are thought to have formed by ice flow south towards a large glacier in the Baltic Sea during the last glacial period some 20 000 years ago. (Image courtesy British Antarctic Survey)

It’s called the Atlas of Submarine Glacial Landforms, and it’s the most detailed atlas of both the Arctic and Antarctic seafloors ever put together. The new atlas, the result of four years of meticulous work, was presented earlier this week at the European Geosciences Union General Assembly. Marine geologists will now use the document to interpret the history of Earth’s large ice sheets, and the ways in which climate change is reshaping the environment, among other areas of scientific inquiry.

Travelling aboard ice-breaking ships, the scientists behind the new atlas used state-of-the-art acoustic methods to produce high-resolution seafloor imagery. The new volume contains more than 200 seafloor images produced in this manner, as well as seafloor photos. It’s the first atlas of its kind in more than two decades, featuring resolutions up to five times better than previous mapping efforts. 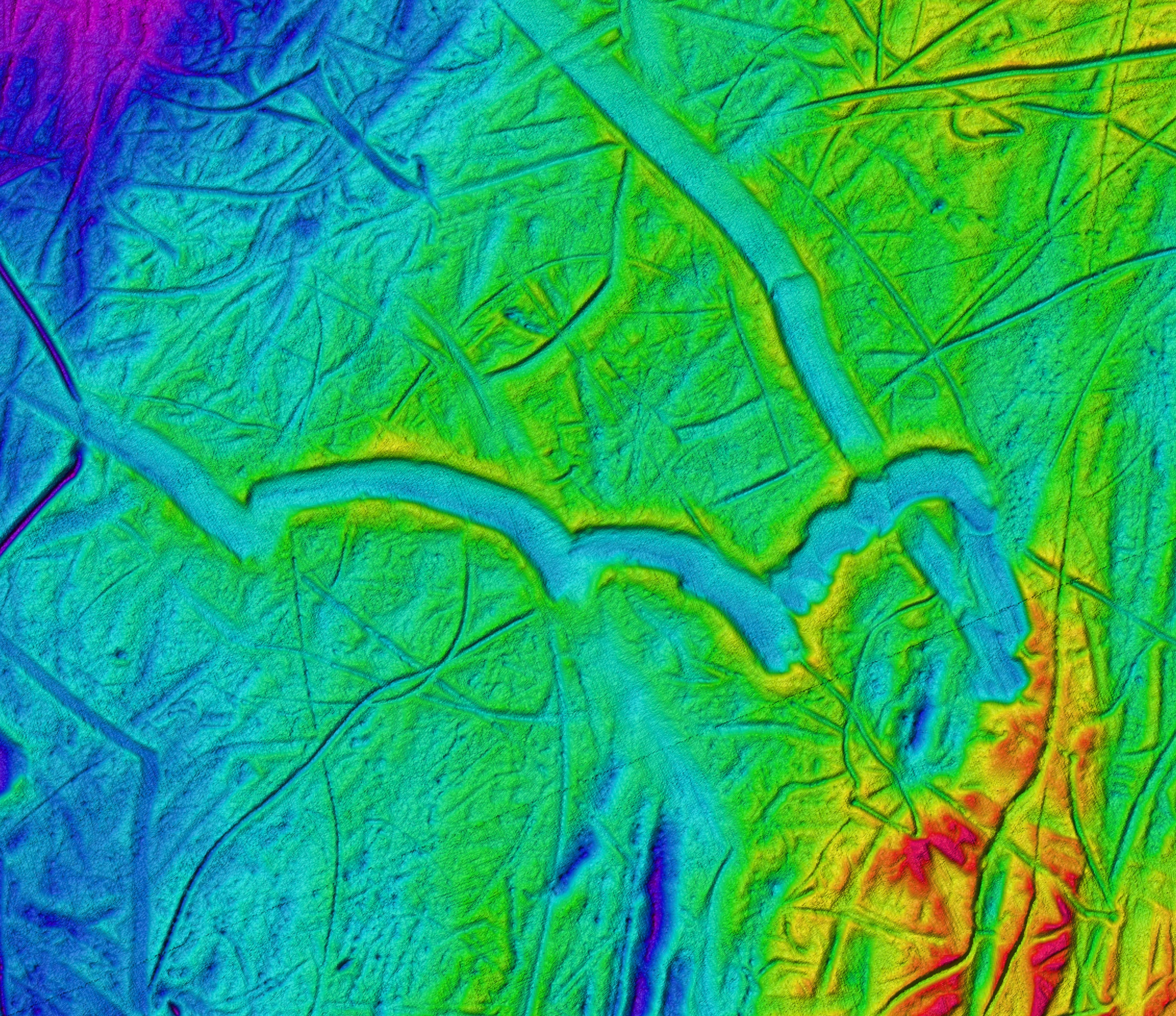 Thousands of square kilometres of polar seafloor were scanned during the project, revealing dozens of individual landforms. The geologists identified plough marks etched onto the seafloor by the underwater keels of huge icebergs, and majestic 40km-long needle-shaped ridges in the Barents Sea. 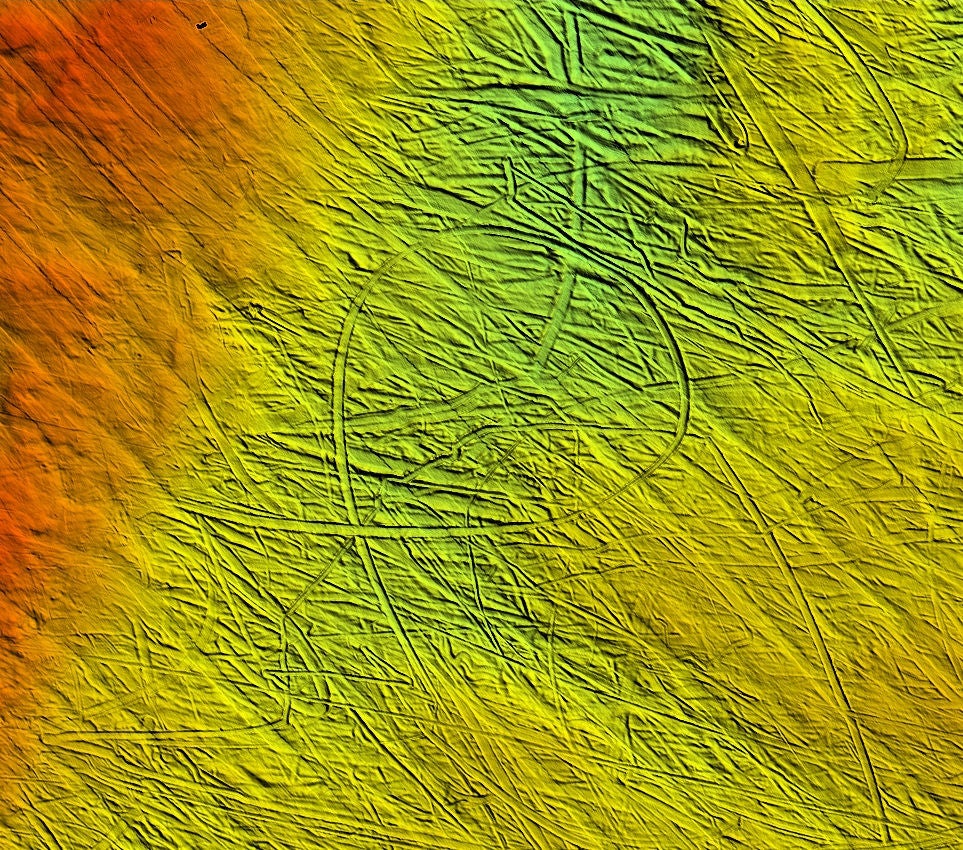 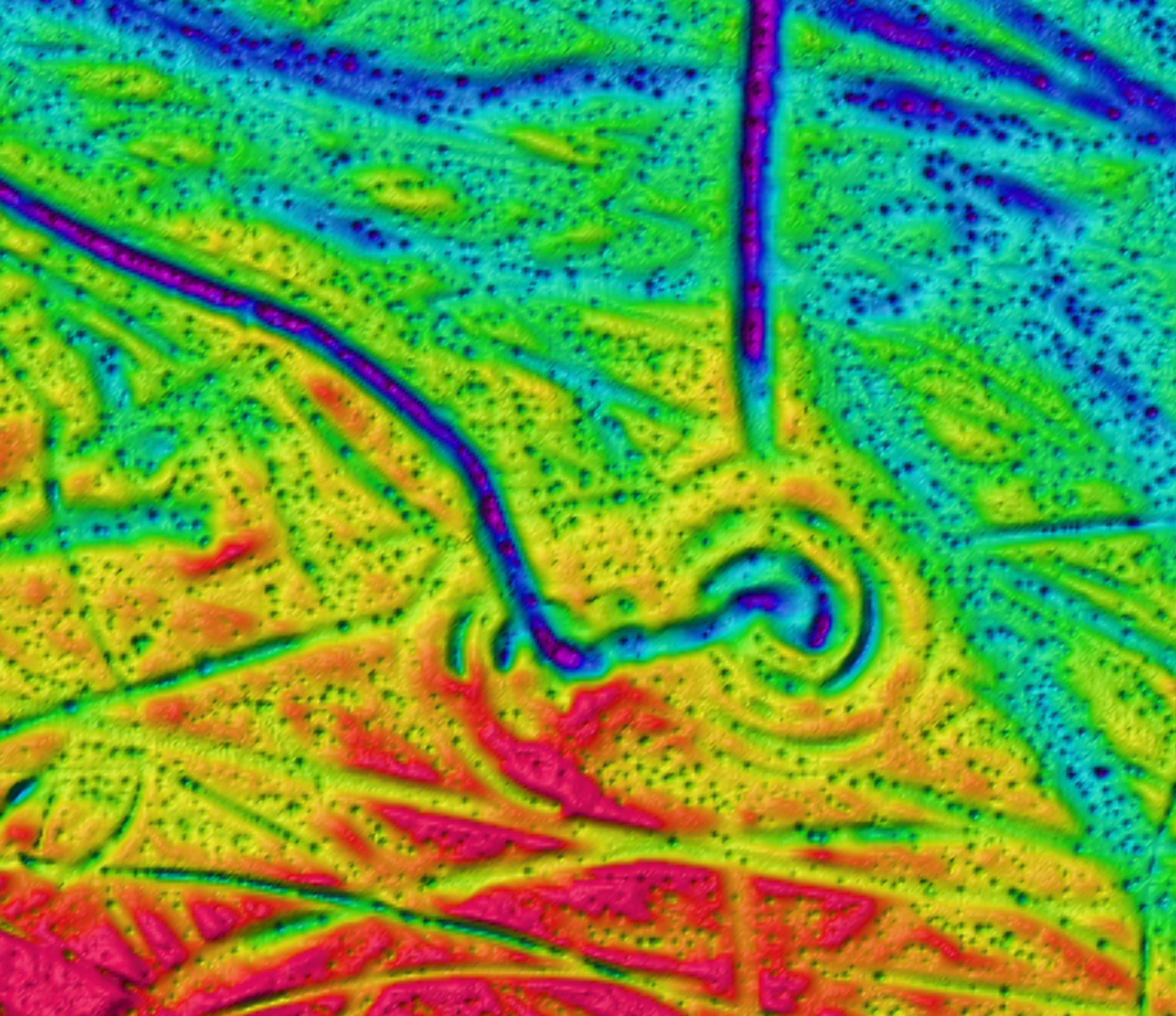 The atlas also showcases features such as glacial lineations (streamlined ridges up to 10km long moulded on the beds of fast-flowing glaciers), trough-mouth fans (massive sediment deposits that form near the mouths of the largest glaciers), and Siberian frost polygons, which are raised mounds with geometric patterns that formed in a permafrost landscape before becoming submerged by the sea.

Frost polygons. These patterns on the shallow seafloor were formed when the area was emergent (land) during the last glacial and was permanently frozen but not covered by glaciers. (Image courtesy British Antarctic Survey)

The geologists were also able to detect signs of former glaciers and ice sheets on the seafloor, observing where they advanced and eventually retreated due to changes in Earth’s climate. 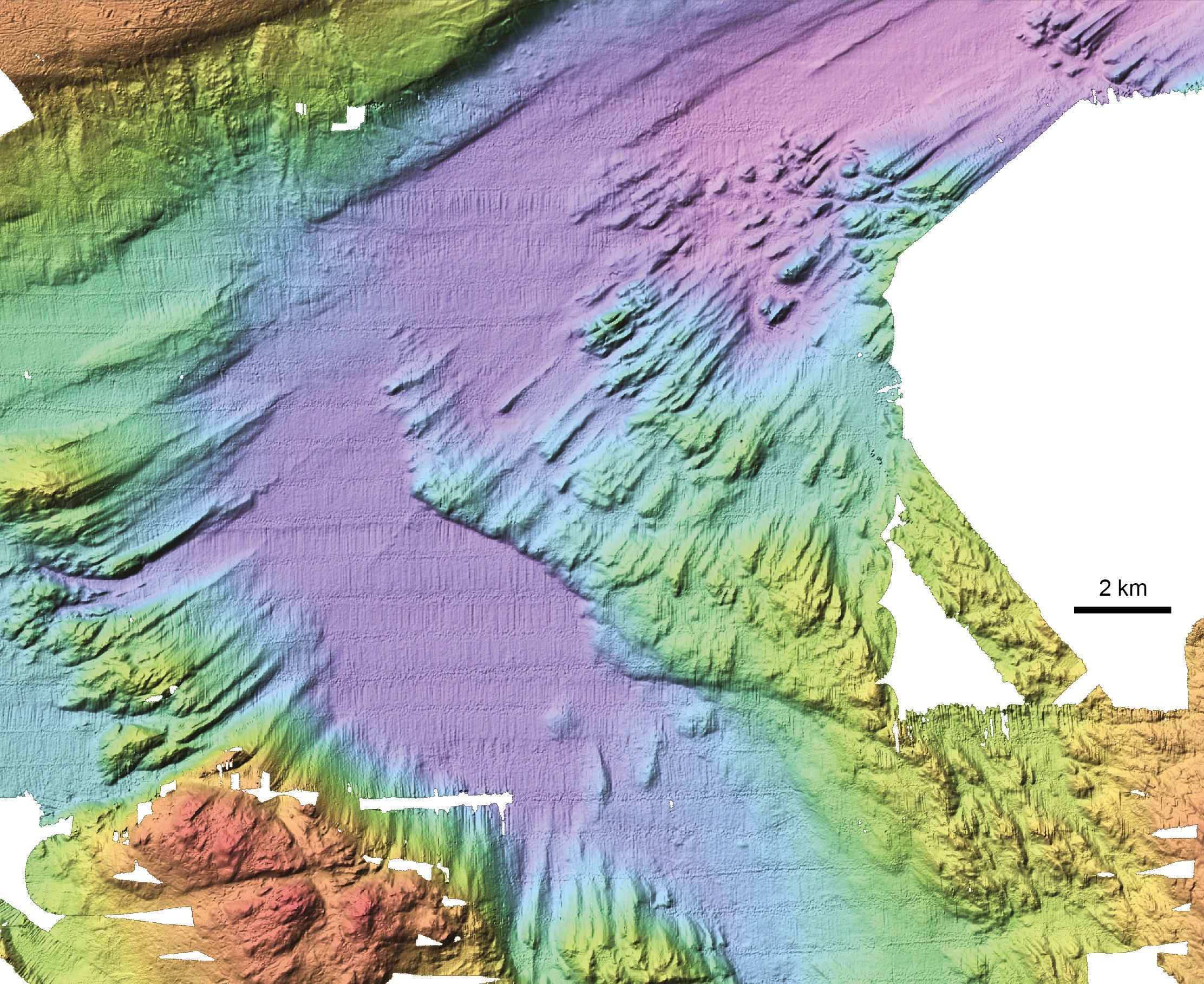 Glacial lineations. These streamlined ridges measure up to 10km long and were moulded on the beds of fast-flowing glaciers. (Image courtesy British Antarctic Survey)

The 618-page Atlas of Submarine Glacial Landforms was presented at a session at the EGU 2017 science conference in Vienna, Austria on April 26, and was published as Memoir 46 of the Geological Society of London. This volume would make for one hell of a coffee table book, but be prepared to dole out a bit of money: It’s slated to retail for $US408.38 ($547).