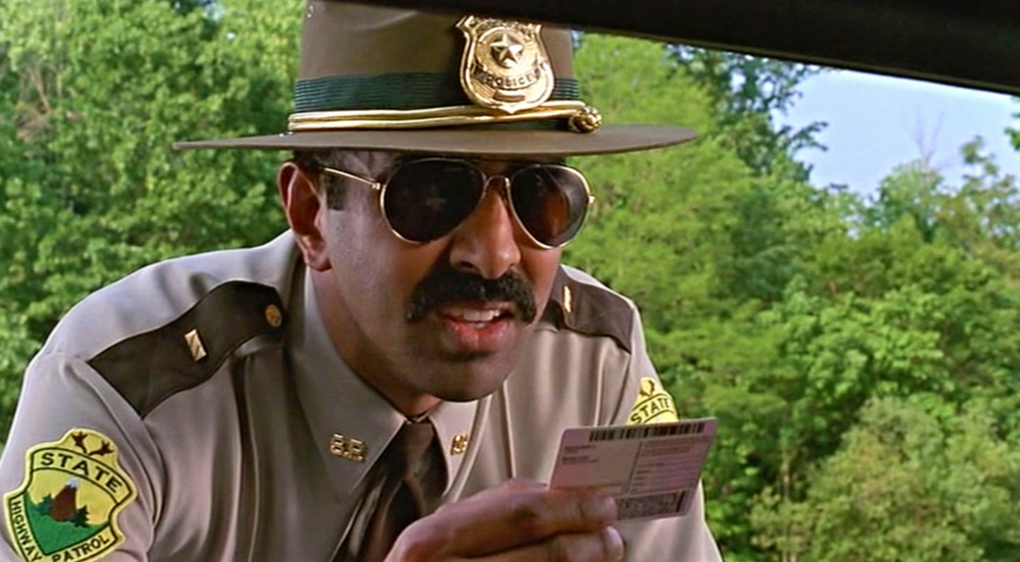 Seems like every time a police officer describes a crash involving a car that exceeded the speed limit, he or she says the vehicle was travelling at a “high rate of speed.” This is a bad phrase and everyone needs to stop using it.

If you’re a hotshot cop standing in front of a microphone, you’ve got to speak with an air of authority, and what better way to do this than to add superfluous words to your sentences? Two such words, “rate of,” are usually thrown in when the officer really means to say “The car was travelling at a high speed.”

The reason why “rate of speed” is such a silly thing to say requires us to look at the definition of “rate,” which — and I’ll quote Merriam Webster on this — means:

So to say “rate of speed” is essentially saying “rate of rate of change of distance with respect to time.” At best, this is redundant, and at worst, it’s down right wrong.

In the latter case, we know that the term “rate,” when used colloquially, often implies a rate of change with respect to time (interest rate, typing rate, etc.). So when someone says “rate of speed,” they could be saying “rate of change of speed with respect to time.” This is the definition of acceleration, which, you might recall from elementary physics, is not the same as speed, and is thus not what the officer means to communicate.

“Rate of speed” could also just be redundant, since — as mentioned earlier — speed is a rate. Maybe the officer, when using “rate of speed,” just means “the rate that is speed” (i.e. specifying to the audience that speed is a rate).

In either case, the phrase is confusing, and really doesn’t make a whole lot of sense.

In fact, I’d prefer that. Yes, definitely use that instead.

This article originally appeared on Jalopnik.