Somehow, The Joker Is Back In Injustice 2 (Darkseid’s Here Too) 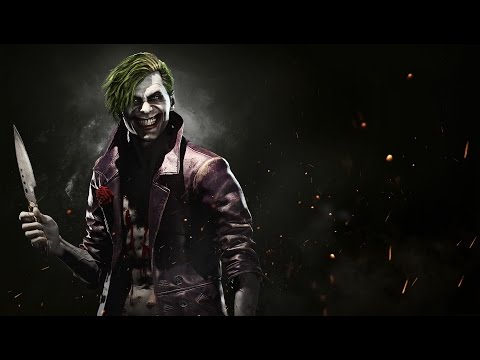 He’s supposed to be dead in this continuity, but a brand-new trailer shows The Joker as a playable character in Injustice 2.

Fans might recall that the Clown Prince of Crime’s manipulations led Superman to kill his pregnant wife Lois Lane, sending the Man of Steel down the path to tyranny. It’s a fighting game so story’s a secondary concern, but it will be interesting if they try to address Joker’s presence at all in Injustice 2.

The Joker isn’t the only villain recently revealed to be in the game.

Look at that stance! The utter disdain! The Lord of Apokolips is going to be smug as all get-out when the next DC Comics fighting game hits next month.

It’s not clear yet what role, if any, Darkseid will play in Injustice 2‘s story. But it’s still nice to have the biggest cosmic threat to free will in the DC Universe as a playable character, even if he’s a pre-order exclusive. His attacks have just the right blend of power and dismissiveness and it’s a cool touch that his neutral stance has his hands behind his back, as if his opponent is barely worth the bother.