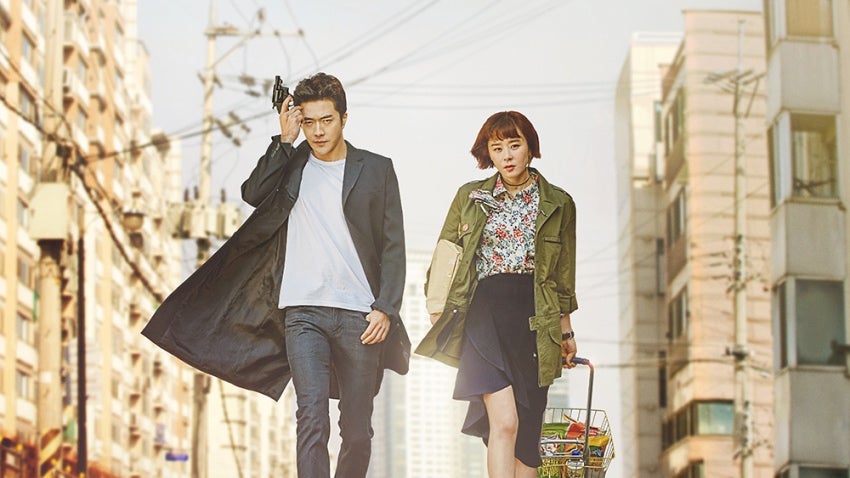 Mystery Queen, one of the newest shows to come out of South Korea, might be one of the cutest and coolest renditions of Sherlock Homes I’ve seen in a while… and it stars a housewife with a crazy mother-in-law.

The show is about Yoo Seol OK (rhymes with “Sherlock”), a woman who’s always wanted to become a police officer — she’s even studied every year for the exam, though she’s never actually taken it. The only problem is, as the wife of a prosecutor, Seol OK is stuck at home, mostly tending to her demanding mother-in-law. And she’s super unhappy about it. She thinks about divorce (as well as poisoning her mother-in-law), but her divorced friend advises against it. South Korea’s attitudes toward divorce have changed over the past 15 years, but women can still be ostracised by family and friends for seeking it.

A chance encounter with a police chief at a convenience store reignites Seol OK’s interest in police work, and she (off-the-books) helps the chief on a couple of petty thief cases. However, a much bigger case falls into their laps, putting Seol OK face-to-face with Ha Wan Seung (“Watson”), a super sexy detective who’s working to bust a major drug operation. I haven’t watched past the first episode, but eventually Seol OK and Wan Seung team up to become what the show calls “the best crime-fighting team” — presumably while keeping it secret from her mother-in-law, who’s on an investigation of her own to “expose” what she thinks is Seol OK’s salacious affair.

The biggest thing I love about the show is the character of Seol OK herself. She’s a sweet, smart and sensible woman who’s a lot of fun to watch. Seol OK is clearly in over her head, but her desire to make a difference in the world pushes her past her fears, even putting her life in danger at one point. Plus, she’s funny as hell. It was hilarious watching her struggle to race her mother-in-law and her vapid friends to Seol OK’s alibi location. Every time Seol OK nearly collapsed to the ground in exhaustion, I felt for her. She was me after every jog.

Mystery Queen is a lot of fun, and I definitely recommend checking it out when you can — especially if you’re a fan of Korean television, or you’re as sick of Benedict Cumberbatch as I am. The first two episodes of the show are available online for free with English translations on Viki in the US. Unfortunately it isn’t currently available in Australia. The series is set to run until May 25.