The physical appearance of your bowel movements can already reveal a lot about your body’s digestive health, and colour changes can even indicate more severe problems. But scientists at Rice University want to make it even easier to spot medical problems in your colon, by tinting your poop a rainbow of different colours. Brilliant!

The team of bioengineers at Rice University, working with collaborators from the Baylor College of Medicine, were trying to determine if elevated levels of a molecule called thiosulfate in mice contributed to a condition called colitis; an inflammation of the inner lining of the colon. The problem was there were no tools to measure thiosulfate levels in live animals, so the clever scientists had to develop one, as detailed in a recent paper published in Molecular Systems Biology. 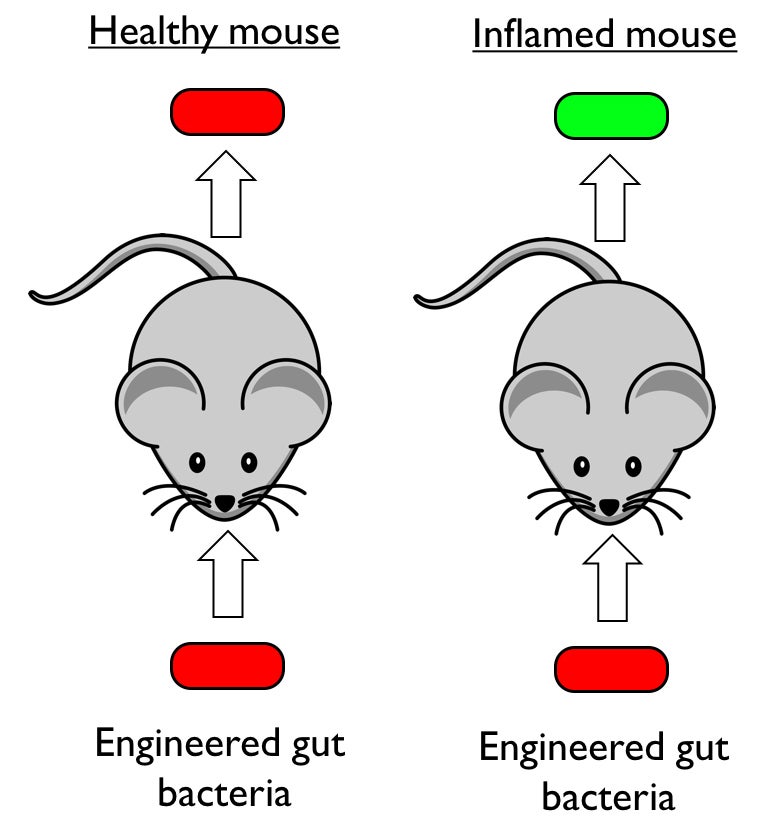 Increased levels of thiosulfate also increase the amount of sulphur-containing compounds in the colon, so the scientists genetically-engineered genes in E. coli to produce a fluorescent green protein in their presence.

As the scientists suspected, elevated levels of thiosulfate were indeed associated with colitis. And the more thiosulfates there were, the more green proteins were expressed by the bacteria, which eventually make their way through a mouse’s digestive system and into its faeces. While green fluorescent proteins are invisible to the naked eye, they can be easily detected using a piece of common lab equipment, allowing the scientists to not only diagnose a mouse’s colitis, but also determine the severity of the condition.

It’s unknown if increased levels of thiosulfate can be used as a reliable indicator of colitis in humans, but the sensor bacteria could in theory be re-engineered to react to other compounds or molecules that contribute to colon inflammation. And instead of producing green fluorescent proteins, the sensor bacteria, easily ingested by just eating a pro-biotic yoghurt, could produce an enzyme that makes a coloured pigment that would dye someone’s stool, making the colour change easy to spot after a bowel movement.

The development of such bacteria would also help reduce the need for repeated doctor visits or expensive procedures like colonoscopies. If only every medical test was as simple as eating what you probably already eat for breakfast.