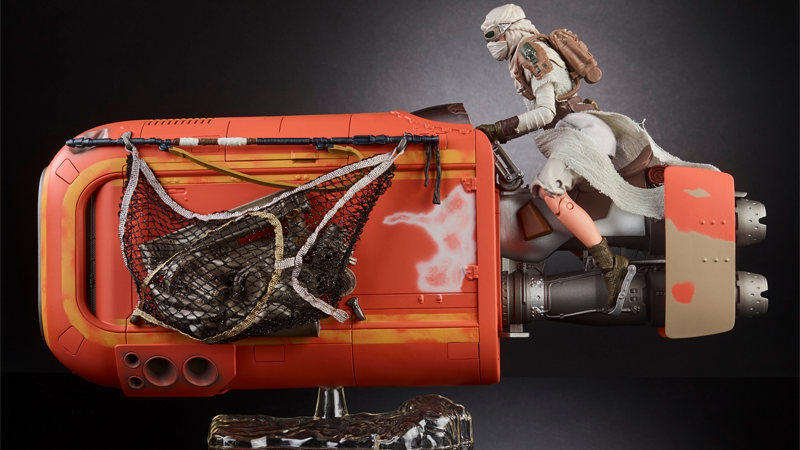 Rooted in the visual imagery of classic ships like the Millennium Falcon, Star Destroyers, X-Wings and TIE Fighters, The Force Awakens didn’t get much of a chance to really give us some new iconic vehicles for the Star Wars saga. But one great new design it did give us was Rey’s Jakku Speeder — and it’s getting a fabulous new toy this spring.

Making its debut exclusively here, the next entry in Hasbro’s 15cm Black Series vehicle line — which previously gave us a very large (and very pricey) version of the First Order TIE Fighter — is Rey’s Speeder, in-scale to an accompanying new figure of Rey in her scavenger gear, too. 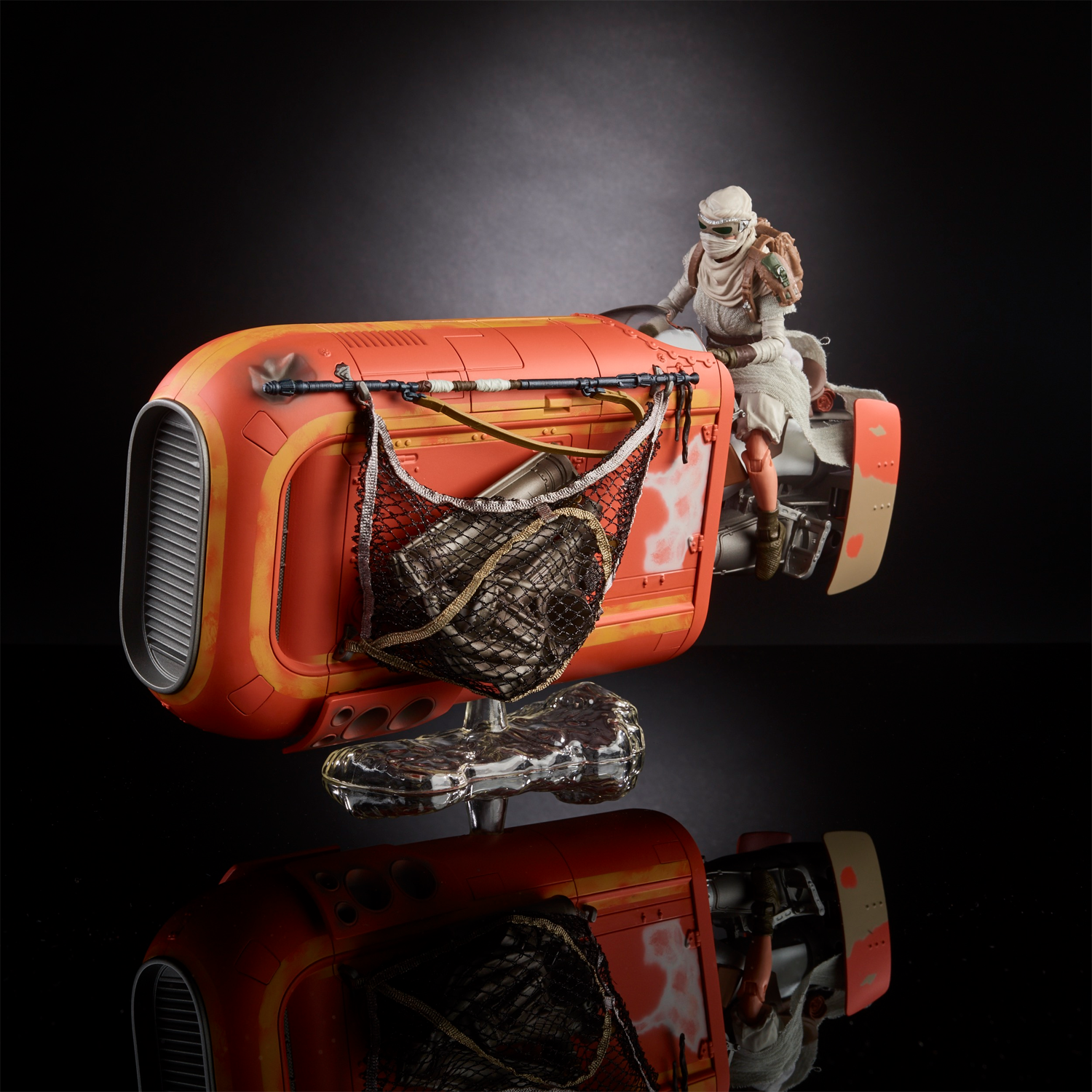 The Speeder features two opening panels to see the inner detailing of the craft itself, and nine points of articulation — including the base (sculpted to make it look like the Speeder displacing dust and air as it floats) that can let you pose and tilt the vehicle.

Unlike the previous Black Series Rey figure, this one — a “100% newly sculpted” version, according to Hasbro, with 28 points of articulation — features soft fabric clothing to make it easier for her to get on her trusty speeder, a new satchel slung over her back, and removable face mask. On top of that, she also carries her trusty staff, which can be stored on the side of the Speeder as well. 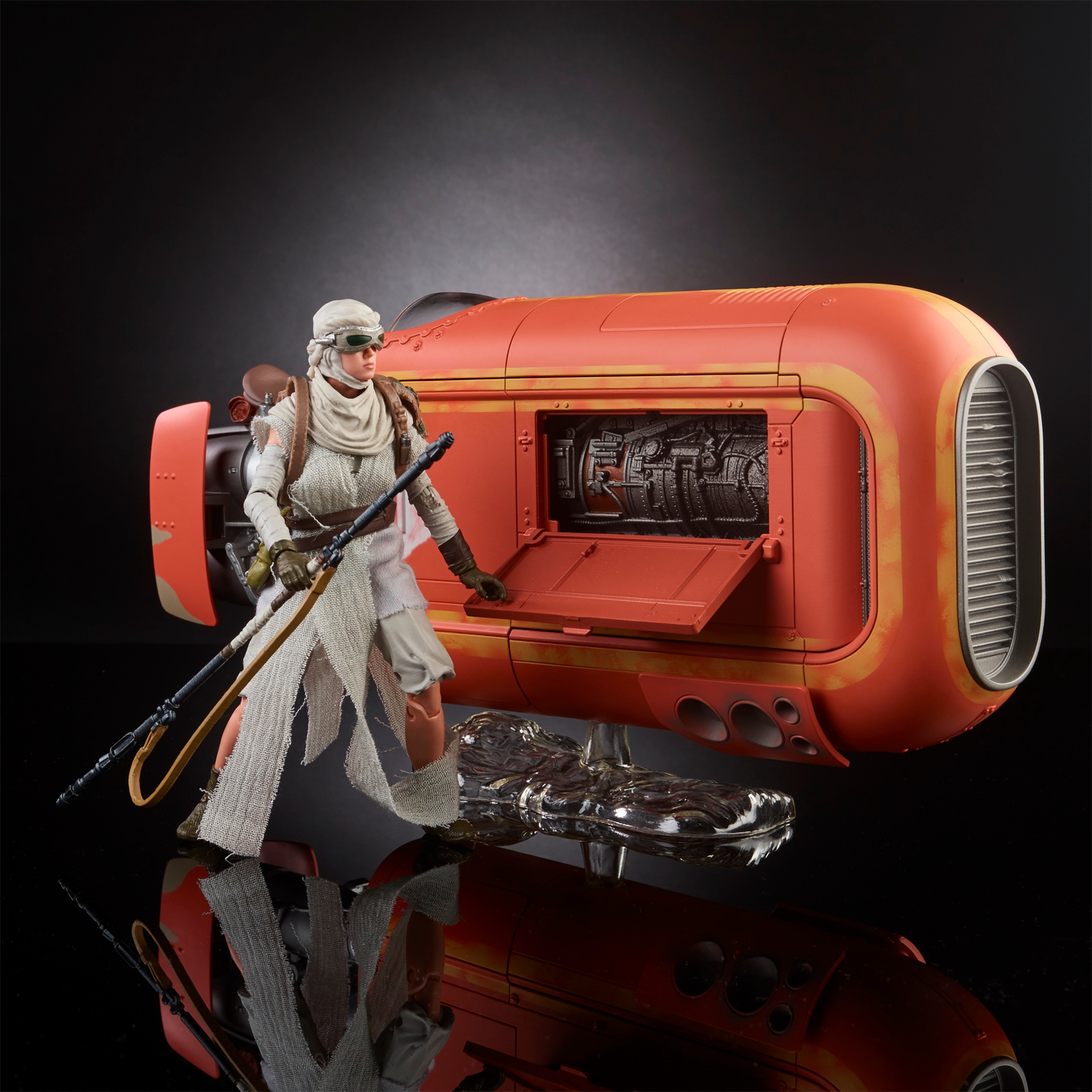 The Black Series Rey Speeder will release this spring — presumably alongside the first wave of Star Wars: The Last Jedi toys — for $US60 ($80). If you’re heading to Star Wars Celebration in Orlando later this week, you’ll be able to see it (and many more upcoming Star Wars toys) on display at Hasbro’s booth.