Real-Life Clowns Aren’t Smiling About The It Movie 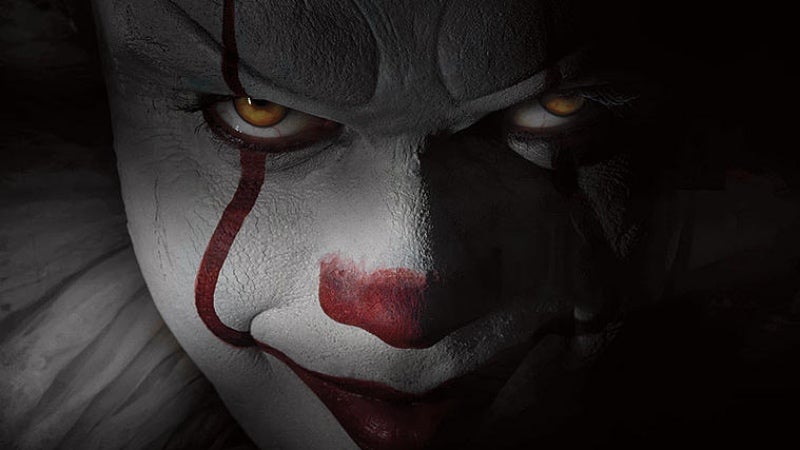 The latest trailer for It, based on Stephen King’s novel, has made several clowns forget to turn their frowns upside-down. You’d think clowns would be better at laughing things like this off.

MEL Magazine interviewed several real-life clowns after news that the It trailer had broken records to become the most-viewed trailer ever, and they were none too happy. They said the upcoming movie is taking a toll on their business by encouraging kids to fear clowns instead of enjoy them. They even have proof! Roger Fojas, a 48-year-old clown, claimed there was a “considerable drop in traffic” on his Yelp page after the trailer came out.

However, that pales in comparison to their biggest claim: They say it’s more proof that there’s anti-clown sentiment in the United States. They say there’s a growing fear and hatred of clowns, along with the belief that they’re “not cool”, largely perpetuated by the media. For example, you have movies like the original It miniseries, Poltergeist and Killer Klowns From Outer Space. The Clowns of America International condemned the character of Twisty in American Horror Story: Freak Show. Then, of course, there was the 2016 trend of pranksters dressing as creepy clowns and scaring kids in the bush. One clown said he had the cops called on him during that time, even though he was walking to a gig.

“We just experienced a nice break from the scary clown meme from last October,” professional clown Nick Kane says. “And just when things are starting to normalize, the It trailer comes and it’s like, ‘Here we go again.'”

The thing that doesn’t make sense about all of this, or perhaps it’s something these clowns are choosing to ignore, is the main reason scary clowns exist in the first place. It isn’t just to crap all over people trying to make a living, it’s because people like being scared by things that used to make them feel safe. Clowns represent childlike innocence, so of course having a gross, icky or demonic clown is going to scare the crap out of us. It takes us out of our comfort zone. Hell, part of the reason King wrote It is because he likes taking innocent objects or ideas and turning them on their heads. Hotels, clowns, high school, fandom. He even tried to make a toilet scary.

Of course, it must suck when something you love is turned into something to be feared — journalists definitely have their versions, that is, Stephen King’s The Night Flier or 2014’s Nightcrawler. But it isn’t killing the industry. We simply live in a different world now, and kids want to be entertained by different things. Professional clown guild memberships are plummeting, but it seems a little harsh to blame it on people wanting a good scare over anything else. Then again, clowns aren’t always the most understanding bunch. They once claimed that a London sign saying “No Clowns” was racist.