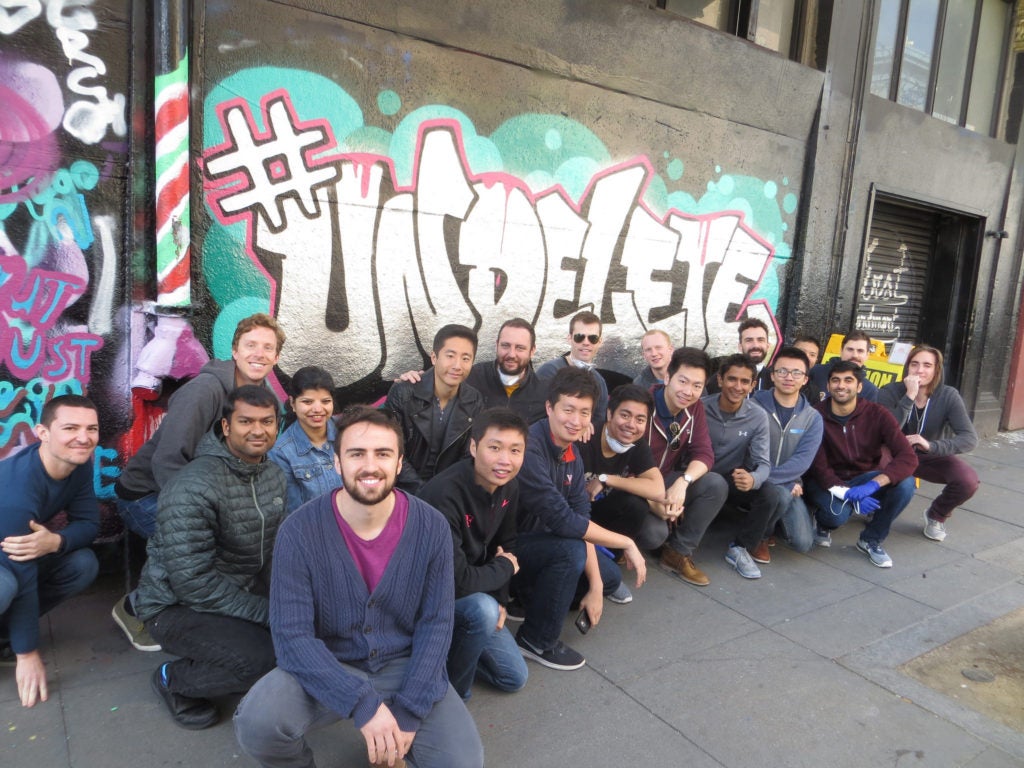 If you follow news about Uber at all, you’ll know it’s been a difficult year for the company. From revelations about a culture of sexual harassment, to a creepy program to track government regulators, to leaked footage of CEO Travis Kalanick cussing out a driver, it can’t have been a fun few months in the Uber office. But difficult times don’t mean you can’t be a #CoolDude.

In fact, when the going gets tough, all the best corporations know that the tough get cool as hell, organising a Team Building Day Of Organised Fun And/Or Community Service And/Or Bowling, as Uber apparently did earlier this month. The Verge reports that Uber employees have held some kind of team-building exercise in which they graffitied the slogan #UnDelete on a wall in San Francisco.

#UnDelete? Oh no. That’s clearly a response to #deleteuber, a social media campaign that was sparked by Uber sending a notification saying it was turning off surge pricing shortly after a protest at JFK over Trump’s immigration executive order. That campaign fed on long-standing resentment of Uber and outrage over Travis Kalanick’s position on Trump’s council of economic advisers. Uber argued that the notification was not strike-breaking, but rather a simple statement that “the company would not be increasing prices at a time of high demand,” according to the New York Times. So perhaps the #UnDelete graffiti is, in addition to being impressively badarse, evidence of an internal view of #deleteuber as a misguided overreaction and social media outrage-fest.

The above image was first spotted on an April 10 blog post by 1AM, which stands for First Amendment, a San Francisco-based group that promotes free speech through urban art and graffiti, and holds team-building exercises and other events. (It may be worth noting that Uber’s head of communications, Rachel Whetstone, announced she was leaving the company on April 11. I have no evidence to suggest that she heard about this, said, “Are you kidding me? Fuck this,” and walked out, but it is fun to imagine.)

As The Verge points out, the exercise appeared to feature 19 men and one woman. Maybe the dames just weren’t hip to this radical message. Try harder, ladies, yeah?