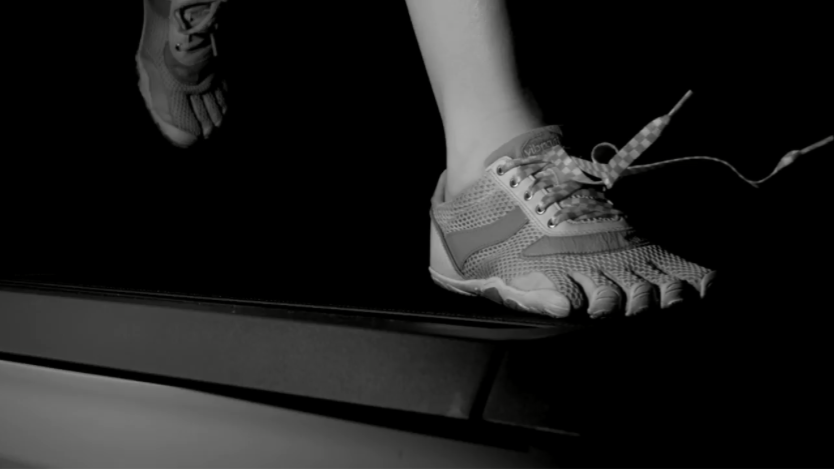 Nothing seems to sum up the universe’s descent into disordered chaos quite like shoes getting untied. Try as your shoes might to keep themselves together (unless you’re rocking Velcro straps), inevitably their strings will come unravelled, causing you to trip and fall in some embarrassingly public setting.

But how do your shoes come undone? That was the question guiding a set of mechanical engineers at the University of California, Berkeley. The answer, they think, lies in a complex albeit somewhat intuitive combination of physical factors.

The idea behind the research started when the authors stumbled upon a 2005 TED talk by Terry Moore about how to tie shoes — but it didn’t talk about why shoelace knots fail. “It seems like no matter how hard you tie them they become untied,” graduate student and study co-author Christopher Daily-Diamond told Gizmodo. “That intrigued us. Why is it happening?”

The team hypothesised that the knots failing came from a few things. The acceleration of the leg swinging forward leaves the free strings feeling a force in the opposite direction, resisting the change in motion and loosening the knot. The impact of the shoe hitting the ground deforms the knot, reducing the friction that the string feels and making it easier to slide out. The repeated impacting and deforming, combined with the swinging motion, makes the knot looser. The inertial force of the free string overpowers that of the loop side causing the loop to get smaller and push through the knot, until the whole thing falls apart.

That led the researchers to an experimental treadmill. They analysed the laces on a pair of those silly toe shoes, and filmed someone moving in them using a super slow-mo 900 frame per second camera. They examined both weak and strong shoe knots, which I’ll get to in a second.

Testing their different hypotheses was about as weird as you’d expect. The team rigged the shoelace knot up to a rope-driven pendulum attached to an accelerometer, repeatedly banging it against a surface. They also tied weights to the end of the shoe laces, and measured the amount to time it took for their knots to fail. They published their research in the journal Proceedings of the Royal Society A today.

It turns out that catastrophic knot failure, which also describes how I feel when my shoes come untied, is due to a combination of the striking motion and the swinging acting to loosen the knot.

The researchers observed that shoes tied with a “weak knot” always came untied before those tied with a “strong knot”. Moore explains the best way to tie your shoes in that TED talk — the strong knot. It’s a complex walk through, but if the shoelaces lay parallel with your foot after being laced, you’ve probably tied a weak knot. A strong knot requires switching which loop goes over the other in step two of shoelace tying, which will make the loops fall perpendicular to the direction of your foot.

You can also try tying your shoes tighter, and with longer loops — or try double knotting your shoes, although that doesn’t guarantee your shoe will stay tied either. It just turns the unravelling into a more complex problem. You can also do this, or buy Velcro shoes if you’re some kind of nerd.

This is likely why the weak “granny knot” fails so quickly: As one free end is pulled, it sticks to itself as it is running back through the constricting knot, and pulls part of its loop with it as it comes through. This releases the centre of the knot, and failure follows. 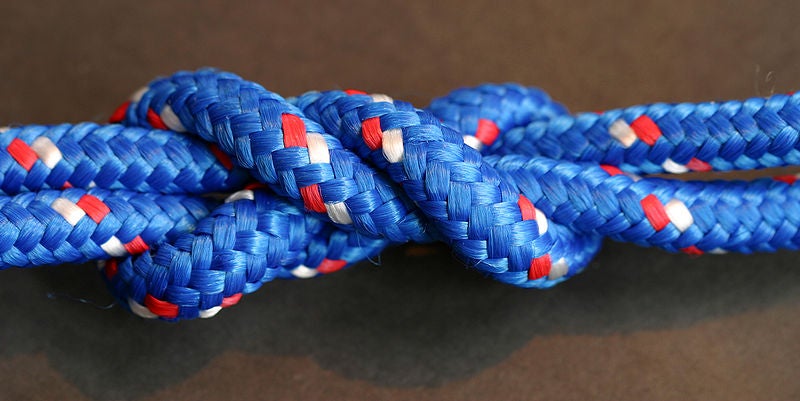 What's The Best Way To Tie Your Shoes? Physics May Have The Answer

The most common mistake when tying your shoelaces is accidentally making a weaker granny knot instead of the stronger square knot. Now, physics can help you tie the perfect knot that stays tight no matter what.

Toen Castle, post doctoral researcher at the University of Pennsylvania, pointed out that the paper ignored some of the specifics of the geometry of the middle knot itself. Different parts of the knot are in contact with different parts of the string, which could account for some specific effects that the researchers saw, like the knot falling apart on the left-hand side.

However, he thought the methods and conclusion were sound. He especially liked the “accelerometer system as a proxy to determine the role of the inertia of the loop and free end of the shoelace in the unknotting,” he told Gizmodo in an email.

As for applications (aside from keeping you from falling during your next run), the physicists think their findings may one day shed light on how knotted structures like proteins and DNA untie themselves without breaking. And they have only just gotten started with shoelaces. “I think this is more of a beginning work,” said Daily-Diamond. “Basic research is important.”

[Proceedings of the Royal Society A]