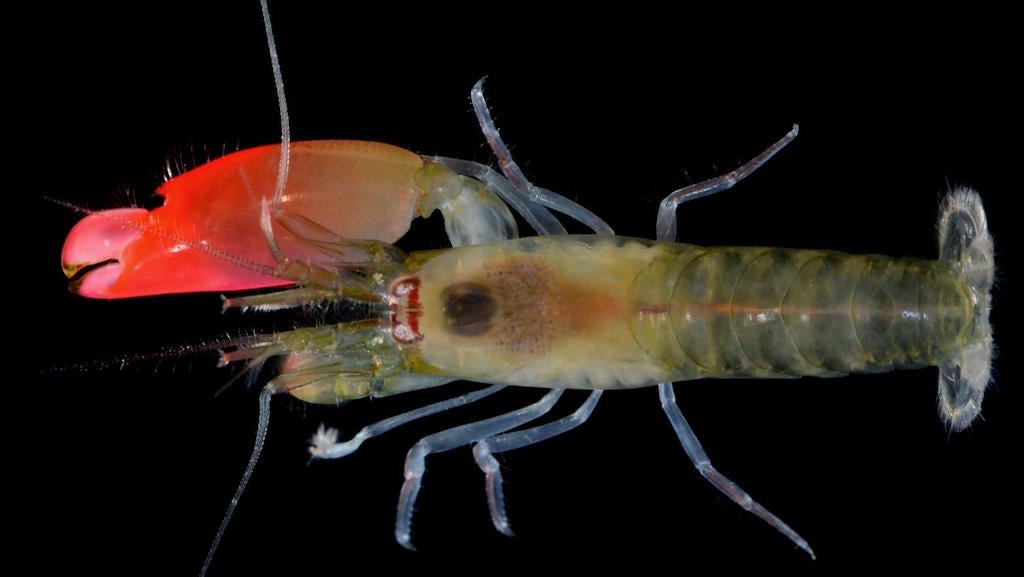 It’s a rare treat when we get to read some wholesome news about prawns — living ones that aren’t being carefully placed around a cocktail glass. It’s even better when that news involves a feisty little prawn getting a badarse name from some cool science dudes.

A new study published today in Zootaxa details the discovery of a new species of prawn named Synalpheus pinkfloydi, found off the Pacific coast of Panama. You read that right — this particular species of pistol prawn has been named after the legendary rock group Pink Floyd, due to its ability to create a loud noise by snapping its fluorescent pink claw. The sound is so torturous it actually stuns small prey, allowing the prawn to dismember and eat them with ease.

So far, there have been no recorded instances of Dark Side of the Moon causing anyone to snap into a murderous rage like this pistol prawn. 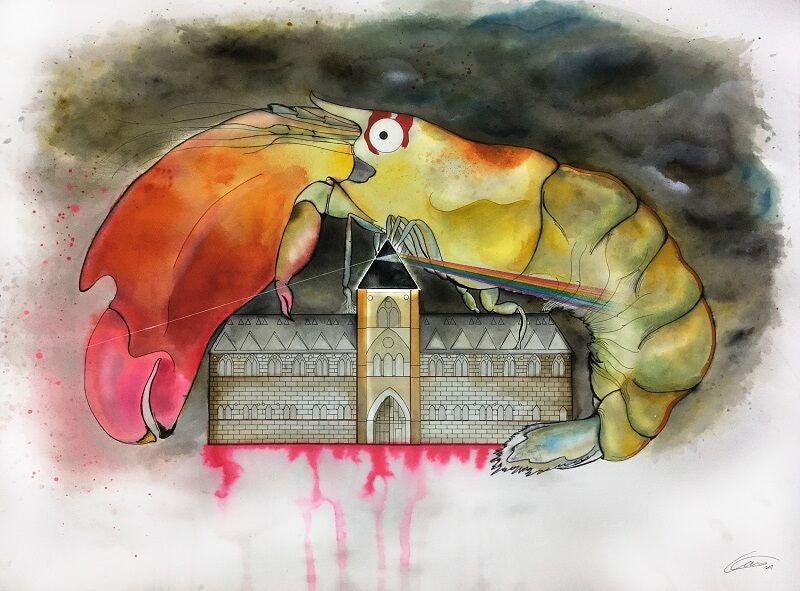 Piece of art created for this announcement, aptly named “Another Shrimp in the Wall”. (Image: Kate Pocklington)

Synalpheus pinkfloydi is closely related to another snapping prawn called Synalpheus antillensis, which also has a glowing claw. After close analysis, however, the researchers decided that the two were genetically distinct enough that the Pink Floyd pistol prawn deserved to be recognised as its own species. The study’s authors — who seem unbelievably chill, by the way — were excited to name the sassy little prawn after the band that helped shape them.

“I have been listening to Floyd since The Wall was released in 1979, when I was 14 years old. I’ve seen them play live several times since, including the Hyde Park reunion gig for Live8 in 2005,” co-author Sammy De Grave said in a statement. “The description of this new species of pistol shrimp was the perfect opportunity to finally give a nod to my favourite band.”

Arthur Anker, the study’s lead author, echoed that sentiment. “I often play Pink Floyd as background music while I’m working, but now the band and my work have been happily combined in the scientific literature,” he said. Popularising species by naming them after musicians is a growing trend. In 2009, a Southeast Asian spider, Heteropoda davidbowie, was named after David Bowie. In February, scientists named a 400-million-year-old bobbit worm after death metal bassist Alex Webster. It’s a fun way to get people to give a shit about science while paying homage to great artists, and I’m totally here for it.