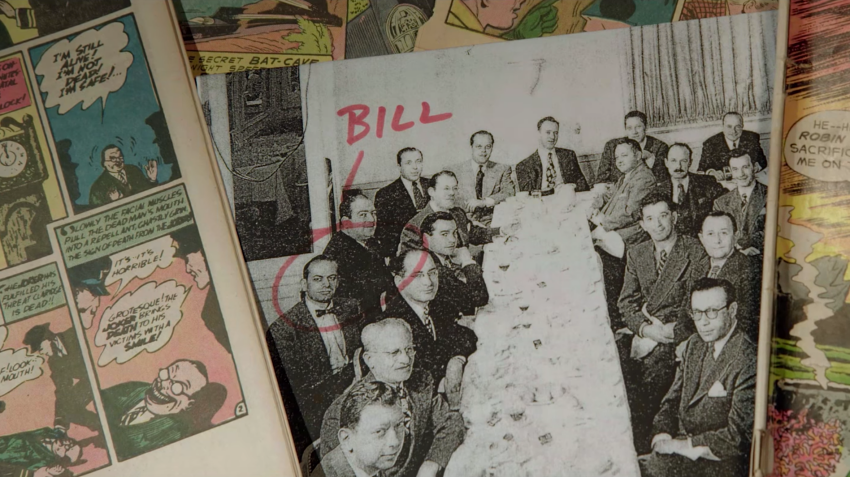 If there’s one name that is synonymous with Batman, it’s Bob Kane. As the series’ original creator, he’s long been seen as the genius behind the Dark Knight. One documentary is shining a Bat Signal on the other man behind Bruce Wayne.

Batman and Bill is all about Bill Finger, a man long (un)credited as the co-creator of Batman and many of its key characters. Accounts of what happened differ, but the biography that inspired the documentary claims Finger was responsible for 98-per cent of the creative work, which was based on Kane’s original character concept. However, Kane took credit for the entire operation.

The story of Bill Finger isn’t unknown nowadays, but for decades it was somewhat of an open secret in Hollywood. Finger died in 1974, and his family spent years fighting for DC to acknowledge his key contribution to the Batman story. Finally, in 2015, DC started crediting him as co-creator on some Batman covers, as well as for Batman TV and film projects. He’s also been inducted into the Jack Kirby Hall of Fame, and the Will Eisner Comic Book Hall of Fame. Batman and Bill debuts on Hulu May 6. You can watch the first trailer below.