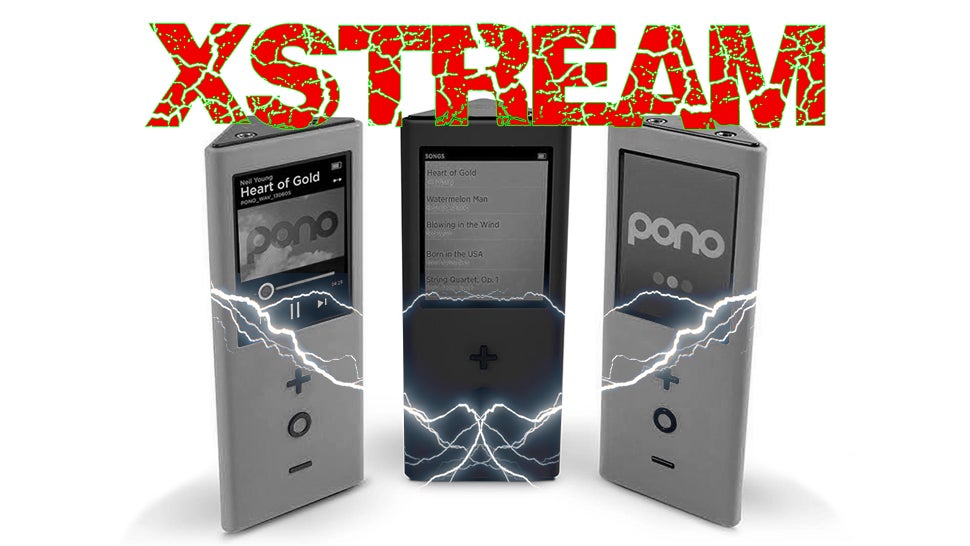 Niel Young’s “high resolution” music crusade is undergoing a change, an extreme change!!!!!!! The classic rocker turned tech entrepreneur has announced that Pono’s now defunct music store will become a high-quality streaming service. It’s kind of like Tidal but it will suck more. The fittingly out of touch new name for this service will be “Xstream”.

The Pono player saga started back in 2014 with a successful Kickstarter campaign. After the $US6.2 ($8) million gold rush of crowdfunding, Young and his business partners launched a retail version of the PonoPlayer for $US400 ($530) and a pricey store for purchasing audio files recorded in 24 bits and 192kHz. Now both the player and the service are dead.

Young went straight to Pono’s audience (?) in order to announce the new service. He posted a long message on Pono’s message board describing what kind of Xstream new features will be available with a subscription. The community boards are only for customers so we’ll just sum it up for you on Xstream fast forward. The service will offer music streaming with 15,000 potential levels of playback quality.

If service or Wi-Fi is spotty in the area that you’re listening, the sound quality will degrade and if you’re getting blazing fast speeds, you’ll get a pristine recording. He claims that this works seamlessly without interruptions or buffering.

The quixotic mission that Young refuses to give up on is noble. There’s absolutely no reason to argue that better sound quality is a bad thing. The problem is the commercial and practical roadblocks that killed the PonoPlayer and the Pono store. The high-quality downloads cost significantly more than an average resolution mp3 with an album like Led Zeppelin IV selling at $US27.49 ($36) instead of the $US13.99 ($19) one would pay iTunes.

The higher resolution also meant bigger file sizes which meant fewer songs that could be stored on the PonoPlayer device. Also, fewer people wanted to carry around a dedicated music device when they have a smartphone that can do a ton of other things.

In his announcement, Young owns up to some of the mistakes that were made along the way, saying:

I had to put up with lots of criticism for the high cost of music delivered in the way all music should be provided, at full resolution and not hollowed out. I had no control over the pricing, but I was the one that felt the criticism, because I was the face of it. And I pretty much agreed with the criticism. Music should not be priced this way.

Young does not say how much this new Xstream service will cost or when it will launch beyond “very soon.” He does insist that premium pricing is not in the cards and he’s having difficulty getting record companies to work with him.

It’s a little painful to read his earnest hopes knowing that this just isn’t going to work. Maybe in the future, when the streaming wars have worked themselves out a bit more, this could be a viable niche product. But as it is, people want simplicity and convenience. Most people can’t even tell the difference in audio quality anyway.

They just want a million tunes in their pocket and want to pay as little as possible. So, not only will customers have to become familiar with this new service with a name like a piss-flavored Mountain Dew but they will most likely have fewer listening options because Young admits that he’s having difficulty making deals. On top of all that, if people want to stream from their cellular network they will most likely be eating heavily into their data plans. Of course, unlimited data is coming back big, so at least Xstream has that going for it.

Young is an old school rock star that is always just behind the times. It seems like a great moment to remember that time he heard Kraftwerk and made the totally bonkers album Trans. Welcome to the “Computer Age”:

[Pono Community via The Verge]