Is Snapchat’s CEO Awful Enough To Have Said This Awful Thing? 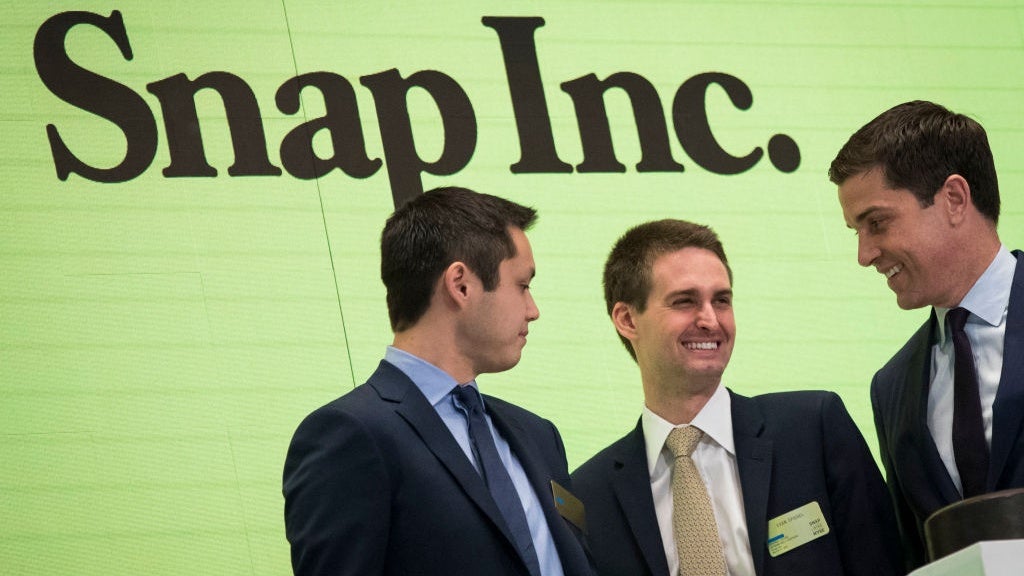 Here’s a riddle for you. A lawsuit filed by an ex-Snapchat employee alleges that CEO Evan Spiegel once told him the app is “only for rich people”, and that he therefore didn’t want to expand into “poor countries like India and Spain”. At first glance, that comment might strike a reasonable reader as absurd, so explicitly awful as to be impossible to believe. Given that the company’s notorious fratty co-founder allegedly made it, however, we are faced with a familiar conundrum: Is there a limit to the idiotic tendencies of Silicon Valley executives? Or am I a dummy for thinking there could be?

The allegations first surfaced last week when court documents filed by the former employee, Anthony Pompliano, were un-redacted. Pompliano’s lawsuit claims that Snapchat fired him for asking too many uncomfortable questions about the company’s metrics, and alleges that it lied about its number of users and growth. Previously, Snapchat fought the release of the documents, but last week it dropped that objection, saying it has “nothing to hide”. Among those details: The allegation that Spiegel told Pompliano, “I don’t want to expand into poor countries like India and Spain,” and that the app was “only for rich people”.

After reading the quote, you might think… seriously? Did he really say that? Or is that just an outlandish claim designed to embarrass the company and bolster the employee’s case?

Either way, the alleged comments sparked a huge backlash from Indian internet users, who tanked Snapchat’s rating in the app store and got #BoycottSnapchat trending on Twitter over the weekend.

We r not poor Dear Snapchat CEO? ur mentality is poor ?
GO TO HELL WITH UR FALTU APP #boycottsnapchat ???
RT if u agree! pic.twitter.com/rTJ6FLw4vw

But did he really do the bad thing? On the one hand, Spiegel is, it seems, kind of a jerk. His frat emails show he’s kind of a classic crass bro, having once encouraged fellow gentlemen of his esteemed collegiate society to “have some girl put your large kappa sigma dick down her throat”. Additionally, he’s exactly the kind of spoiled rich kid who might say something so dim.

On the other hand, something as cartoonishly horrible, self-destructive and downright dumb as saying Snapchat is “only for rich people” is, I’d like to think, a little hard to believe? It doesn’t even make sense — you don’t really have to be “rich” to take a disappearing photo of your dick or your unimpressive brunch (though what he could have meant is only rich people are valuable for advertising).

We may never know the truth — after all, even if it’s true, it’s not like Spiegel would admit it, unless Pompliano had other evidence. Asked for comment, Snapchat told Gizmodo that the allegation was “ridiculous”, and that “Obviously Snapchat is for everyone. It’s available worldwide to download for free.”

So the riddle remains unsolved. I simply do not know who to believe. Instead of ending on this unsatisfying epistemological conundrum, I leave you with this excerpt from a 2013 LA Weekly profile of Spiegel:

The family enjoyed a $2 million house in Pacific Palisades, undertaking a $1 million remodel in 2000. They had five luxury cars, including three Lexuses and a restored 1966 Mustang, and memberships in the Riviera Club, the California Club, the Jonathan Club and the La Jolla Beach & Tennis Club. They took regular trips to Europe, the Bahamas and Maui, staying in Four Seasons resorts. Young Evan enjoyed Jet Skiing and wakeboarding. On one occasion, he and his father went snowboarding by helicopter in Canada, court records show. Evan and his two younger sisters attended Crossroads, the private prep school in Santa Monica, and were assisted by tutors, some of whom charged up to $250 an hour.

When young Evan learned to drive, he was given the use of a new 2006 Cadillac Escalade. The school did not allow him to park it on campus. But fortunately for Evan, Southern California Edison had a property next door. His father called in a favour with his longtime client, and Evan got to park in the gated Edison lot. (John Spiegel did not respond to requests for comment.)