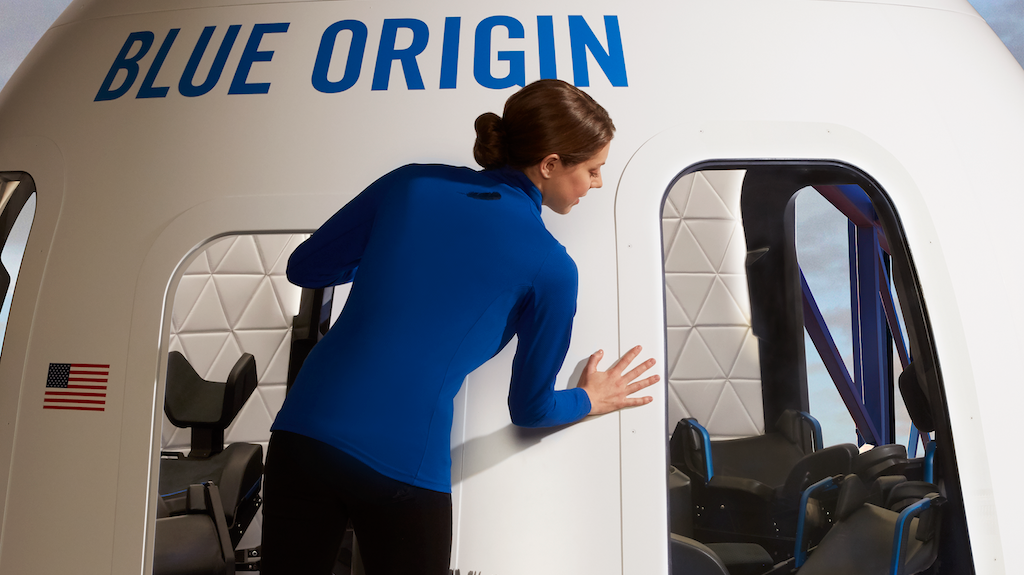 The space race between tech titans Jeff Bezos and Elon Musk has been brewing for years, but recently, things have intensified to comic book levels of absurdity. Almost immediately after SpaceX announced it would be sending two private citizens around the moon next year, Jeff Bezos fired back by announcing Blue Origin’s plans to set up something akin to Amazon on the Moon. Then, earlier this week, Blue Origin dropped the first renders of the interior of its New Shepard space tourism vehicle, which it plans to start using for commercial flights as early as 2018.

Is it a coincidence that these photos went public just days before SpaceX successfully launched and landed a reusable rocket into orbital space for the first time ever? Given the space tycoons’ track records, unlikely.

It’s only going to get worse from here, folks, so we might as well indulge these two grown men in their public back-and-forth. Let’s start by arguing about which company has the sexier space capsule: Blue Origin or SpaceX?

For reference, here are the pictures Blue Origin dropped this week: 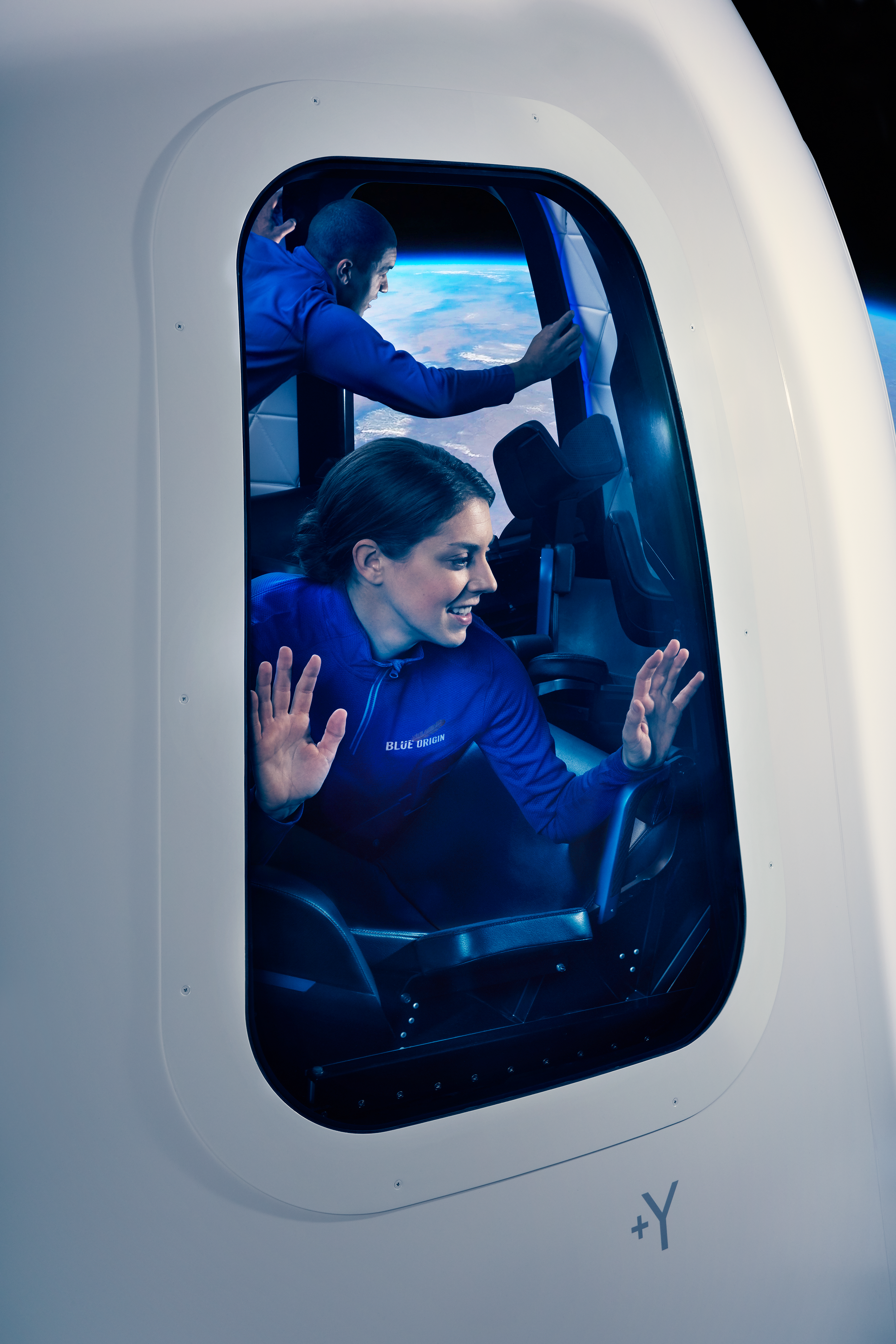 Pretty slick, right? While passengers will be able to get out of their seats and enjoy weightlessness, they will only be getting a taste of the spacefaring experience — New Shepard’s flights will only last about 11 minutes and only reach suborbital altitudes of 93km above the Earth, give or take. The big windows are admittedly a nice touch, though.

While New Shepard has a sweet interior, Blue Origin is way late to showing it off. SpaceX dropped renders of the interior of its Crew Dragon Capsule back in 2015: 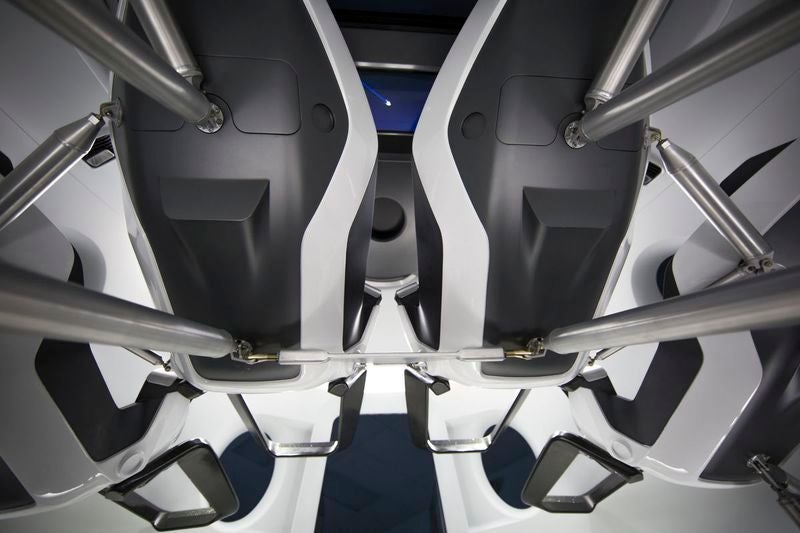 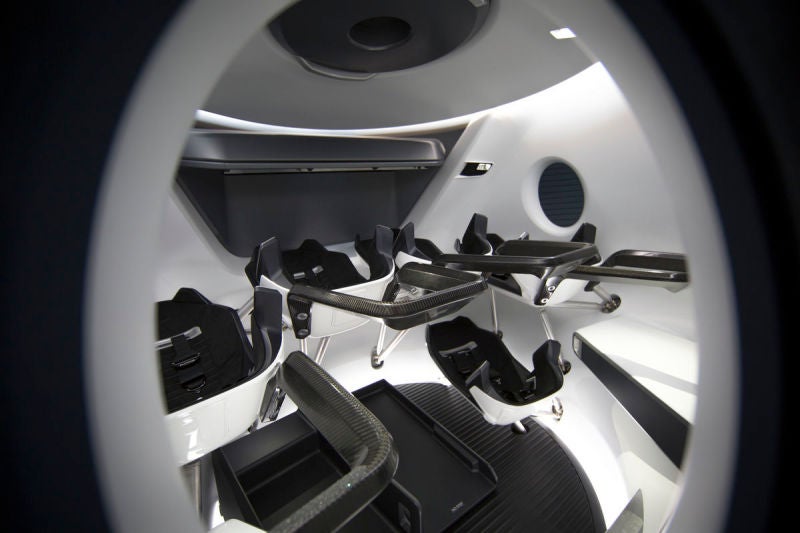 In my opinion, SpaceX gets bonus points for this spicy promo video. Where’s your video, Bezos?

The Crew Dragon capsule is designed to send astronauts to the International Space Station and beyond, so it makes sense that the interior mockups feature fewer windows and more functional stuff, like that alarmingly large “execute command” button. Still, Elon was clearly aiming for classy, a strategy which seems to have paid off, seeing as he just secured a deposit from two people to take a week-long sojourn around the Moon in the Crew Dragon capsule in 2018.

It’s hard to say which is definitively sexier. From a purely aesthetic standpoint, you might feel inclined to say Blue Origin’s — but if you’re into utility, you’ve gotta go with SpaceX. The choice is yours — choose wisely.