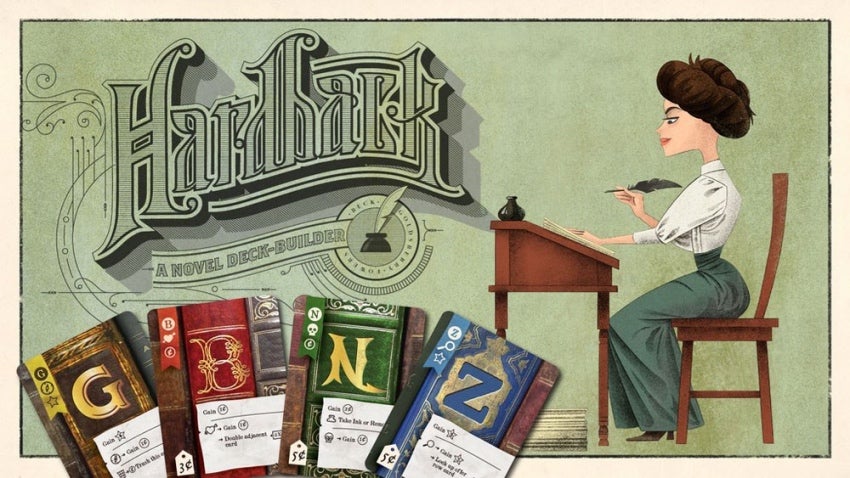 Tim Fowers, a self-published game designer with a ton of hits under his belt, has announced his latest deck-building card game: Hardback, a sequel to Paperback that actually takes place a hundred years in the past. So, think less Philip K. Dick, and more Mary Shelley.

Paperback is a deck-building game where players take on the role of Paige Turner, a pulp fiction novelist trying to write her latest hit. This latest adventure puts players in the shoes of Paige’s great-grandmother, Penelope Quill, who’s crafting the latest bestseller in horror, adventure, romance or mystery. Ryan Goldsberry provided the illustrations this time around, giving the whole game a classic look and feel that still manages to reflect Paperback‘s unique pulp fiction style. Plus, you can’t beat the tongue-in-cheek nod to Pride and Prejudice and Zombies. 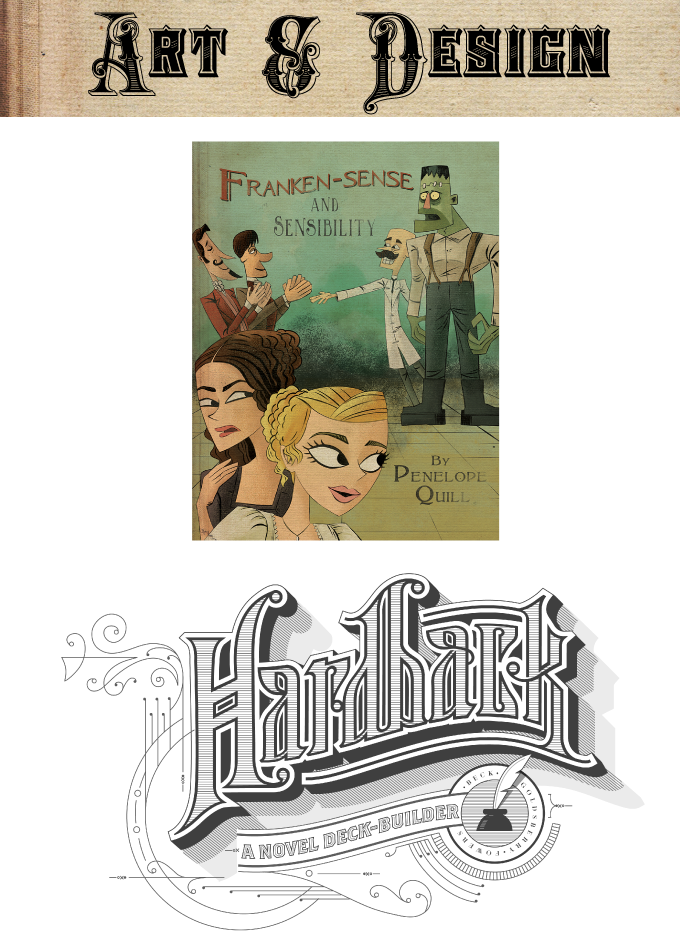 Much like Paperback, Hardback is about using individual letters to build words for points and prestige. The more complex the word, the more money you make. But there are a few twists this time around. There are no “wild cards”, different genres have unique abilities, and players use ink tokens to draw extra cards and cross their fingers that it results in helpful letters. In an interview with us, Fowers said Hardback is definitely a tougher nut to crack, making it a challenge for more experienced gamers. However, he added that you don’t need to have played Paperback in order to try this new one out.

“It’s now more of a gamer’s game, whereas Paperback is something you can play with your grandma,” Fowers said. “The grandma testing hasn’t done as well with Hardback, but gamers feel like they have more knobs to turn.”

Fowers has self-published all of his board games, using his website and fundraising groups like Kickstarter to drum up interest in his games. It’s a risky venture, but it’s totally working. Hardback‘s Kickstarter campaign launched April 4, and within a day it already nearly quadrupled its $US20,000 ($26,402) fundraising goal. Fowers told us that he plans on also creating an expansion for Paperback, partially as a thank you for all the Kickstarter support. His next goal is a cooperative board game based on Now Boarding, a video game about keeping an airport running smoothly. Hardback is set to be released this October.