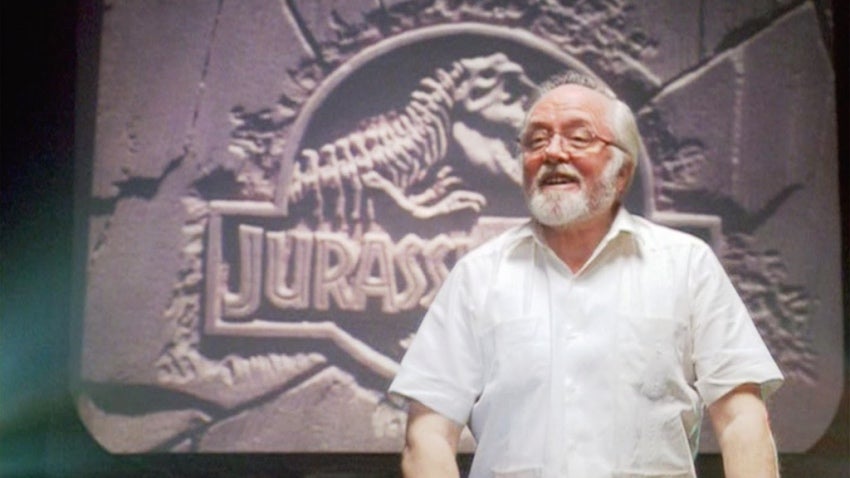 Jurassic World 2 appears to be pulling a Dawn from Buffy the Vampire Slayer. James Cromwell has shared details about his character in the upcoming film, and how he’s connected to the original Jurassic Park series. Apparently, he’s the most important person you never knew was there. (Because he wasn’t.)

In an interview with Larry King, Cromwell revealed he’s playing a man named Benjamin Lockwood, John Hammond’s long-time partner who, get this, was a key figure behind the entire cloning operation. According to Cromwell: “We developed the technology of being able to clone the genes. And so I’m trying to deal with the blowback from what we have done.”

I have so many questions about this. First of all, how does this even fit? Hammond didn’t develop the cloning technology, chief geneticist Henry Wu did. At least in the book (his role was minimised in the first film, though he still appeared to run things, and he was brought back for Jurassic World). Hammond was a capitalist who found the amber-encased DNA strands and created a research group and corporation to figure out how to turn them into baby dinosaurs. Are we supposed to believe Hammond (who doesn’t appear to have a medical background) was a secret scientific genius, and this Lockwood dude was his right-hand man?

Another big issue is… how they can possibly justify Benjamin Lockwood never being mentioned in the series before? I can understand him being camera-shy and maybe not wanting to be on the island during Hammond’s public relations stunt, but if he helped start the technology (as illogical as that may be), there’s no way Hammond wouldn’t be singing his praises to the group. The only explanation would be if something terrible happened behind the scenes way in the early days of Jurassic Park’s origins, and his name was stricken from the records. But even then, man, the internet. Lex was a hacker. She would have figured that crap out.

In the end, I think it would have made more sense to have added Laura Sorkin from Telltale’s Jurassic Park video game, and simply explained away her supposed death. At least her character makes sense in the timeline, and the series reboot could use more female characters. Plus, she was an animal rights activist, which would match Jurassic World 2‘s supposed plotline. But don’t worry, you could still have Benjamin Lockwood (albeit not played by Cromwell). Just have him be a grown-up version of this kid.

Come on, guys, his name was Benjamin. Chris Pratt probably isn’t the raptor kid… at least let us have this.