If Wolverine And Hercules Had A Kid, He’d Probably Be Like Shirtless Bear-Fighter 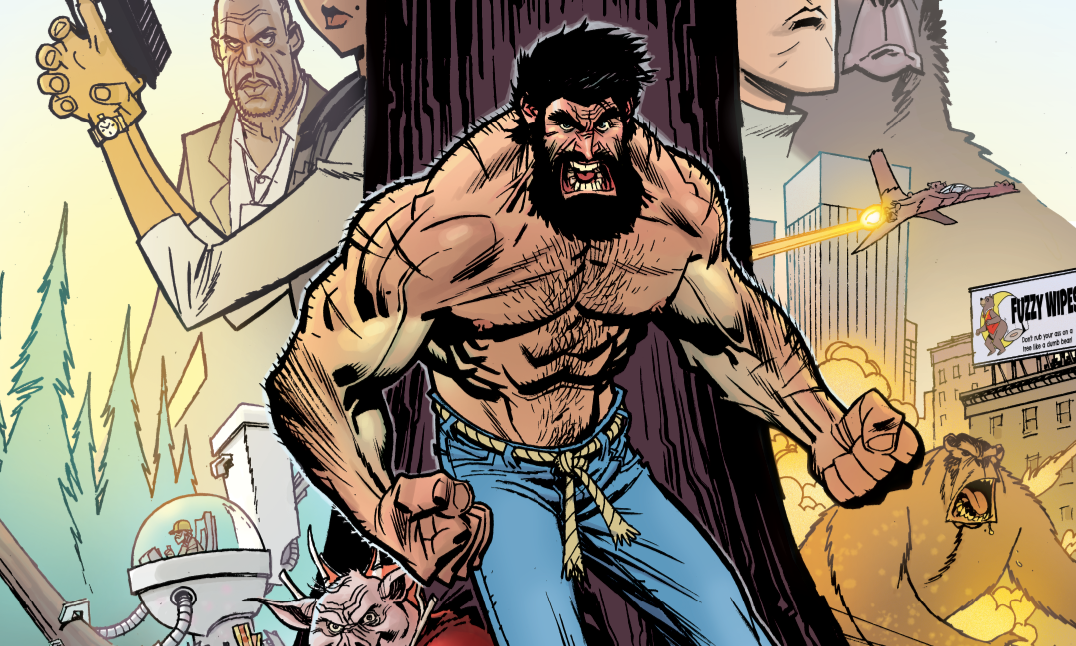 If the world were ever to suddenly become overrun with evil, sentient, terrorist bears, who would you call for help? The Avengers? The X-Men? They’re all busy with Secret Empire. No, see, when you’ve got a killer bear problem to deal with, there’s really only one man for the job: Image’s Shirtless Bear-Fighter.


Shirtless Bear-Fighter, due out June 21, is the story of a man known only as “Shirtless” who grew up in the forrest being raised by a family of sensitive bears in their peaceful village. Shirtless learns to love and protect the forest — and for years, he lives a happy life undisturbed by interactions with other humans.

Shirtless’ life takes a turn, however, when his adopted brother — Brother Bear — betrays him and plays a hand in the death of someone close to him. It’s then that Shirtless becomes a prodigal son of the forest and swears revenge on any and all bears that might cross his path. Also, he’s naked a lot. 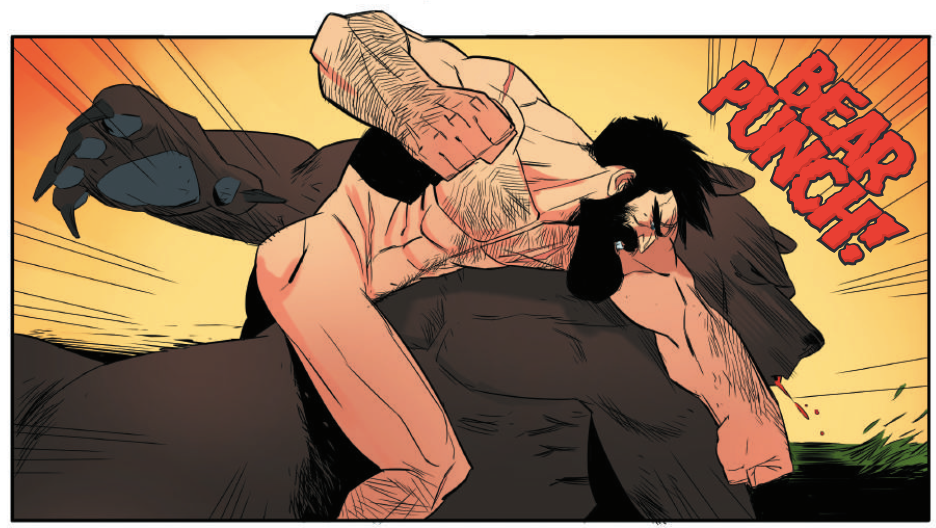 If Shirtless Bear-Fighter‘s premise sounds insane, it’s because that’s exactly how co-creators and writers Jody LeHeup and Sebastian Girner wanted it. In an interview with Comic Book Resources, the pair explained how, along with the silly fits of rage and cheesy toilet humour, they wanted to tell the kind of story that would make readers chuckle and want to share with a friend.

“We set out to create a comic that had everything that we personally love from the medium,” Girner said. “To blend humour, action, drama, catharsis in a way that leaves the reader feeling like, ‘Damn, comics are the best!'”

The little quirks LeHeup and Girner’s writing are enough to make you smile, but it’s Nil Vendrell’s drawings and Mike Spicer’s colours that ultimately end up making you laugh. As absurd as Shirtless Bear-Fighter is, the book’s visuals are almost self serious. Of course a killer bear’s going to take a break to scratch its arse on a wall, Charmin-style. Wouldn’t you? 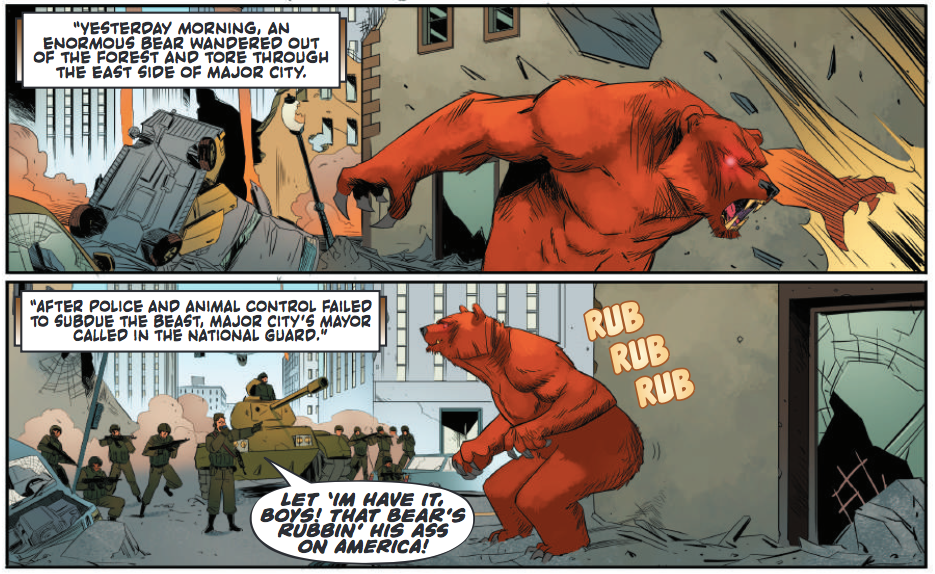 After reading through the first issue of Shirtless Bear-Fighter, the thing that stuck with me the most was how much Shirtless reminded me of Marvel’s Wolverine and Hercules (who you’ll remember were dating in Marvel 12025 universe.) But where Herc and Wolverine were largely dour, grim, and gruff guys, Shirtless is something different.

Sure, he still broods a lot and anger is his initial emotion of choice. But for all the violence Shirtless seems to revel in, Shirtless Bear-Fighter is, at its core, pure camp. And that’s what makes it fun.