If This Is Rey’s Outfit In The Last Jedi, She’s Looking Pretty Sharp 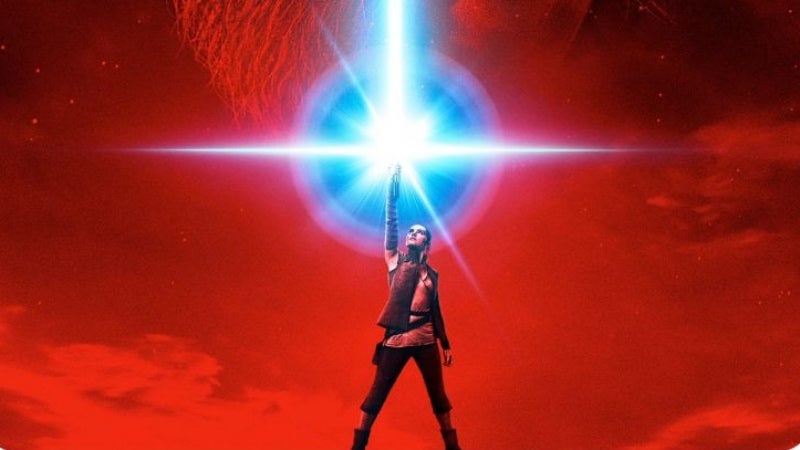 An Irish advertisement for the upcoming Star Wars: Battlefront 2 video game seems like it’s giving audiences the first full look at Rey’s new outfit in The Last Jedi… that is, if you squint pretty hard.

GameStop Ireland‘s sales page for Battlefront 2 features a pre-order bonus called The Last Jedi Heroes, where players can get exclusive looks and ability updates for the upcoming Star Wars film if they buy the game early. While other GameStop sites feature information about the pre-order bonus, Ireland’s is the only one we know about that actually shows Kylo Ren and Rey sporting new outfits that match some earlier promotional images. It’s important to note that these are not in-game skins, but movie production stills… suggesting this is what these characters actually looks like later on in the film. (Representatives for EA weren’t able to provide a better look.) 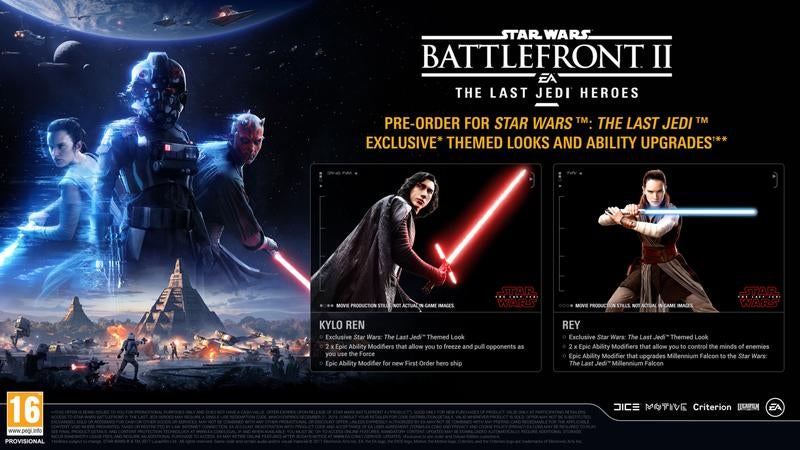 Kylo Ren looks to have abandoned his outer robe and hood, instead sporting a cape that gives him heavy Jon Snow vibes. And I am simply loving Rey’s new Jedi outfit. It really combines Obi-Wan’s colour scheme with Rey’s signature scavenger outfit. Some have pointed out a few subtle changes between this image and others we’ve seen, namely how the belt looks a little different in this rendering, but that could’ve been an artistic choice.

It’s also important to note that in Battlefront 2, Rey’s special ability is that she can “control the minds of enemies”. This isn’t anything new, as she sported this ability in The Force Awakens, but it certainly suggests she’ll develop and expand this skill in the upcoming film. Battlefront 2 comes out November 17, and The Last Jedi debuts December 14.