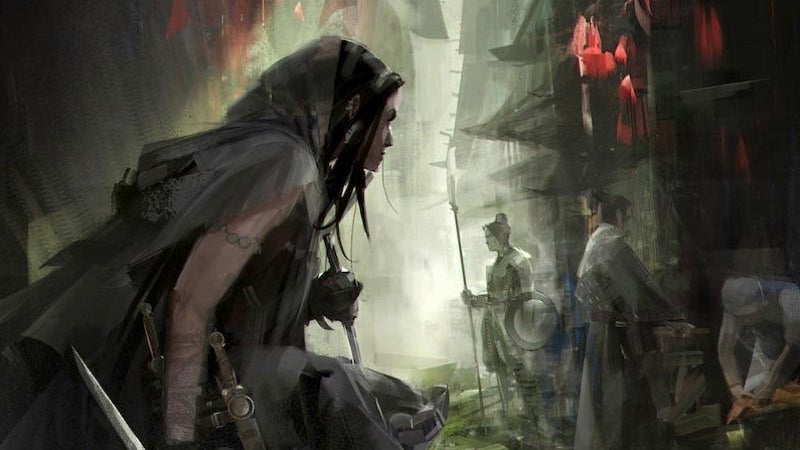 Feast your eyes on this huge list of April releases, and maybe consider dabbling in weird science to grow an extra pair of peepers. There are a ton of amazing new sci-fi and fantasy books on the way, including a dystopian tale from Cory Doctorow and a very highly anticipated Star Wars novel.


Detail of cover art for Skullsworn by Brian Staveley 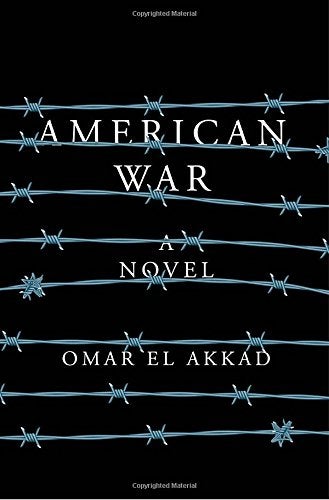 This debut novel begins in the year 2074 during a decaying America’s second Civil War, and follows a girl who’s recruited from a displacement camp to become a lethal part of the war machine. (April 4) 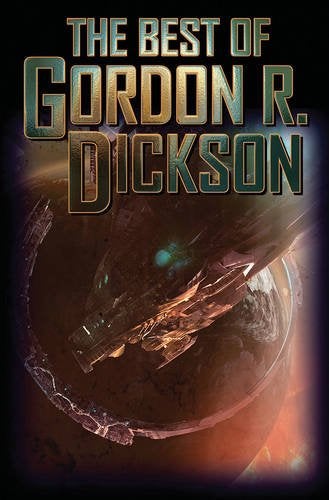 A collection of 14 stories that the late, legendary sci-fi and fantasy author penned in the 1950s and ’60s, including one previously unpublished tale, titled “Love Story”. (April 4) 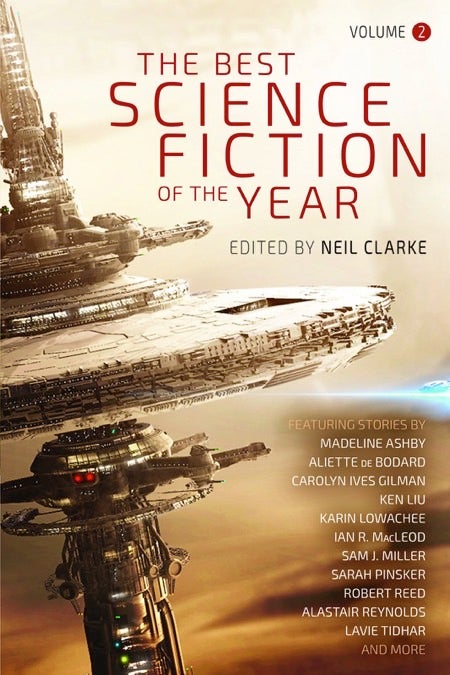 The Best Science Fiction of the Year: Volume Two, edited by Neil Clarke 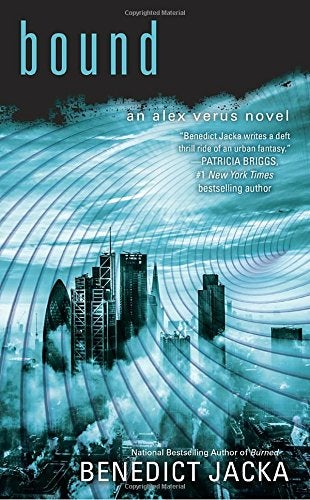 In this eighth entry in Jacka’s urban fantasy series, mage Alex Verus is forced to work for his former teacher, a dark diviner he’s spent years trying to distance himself from. (April 4) 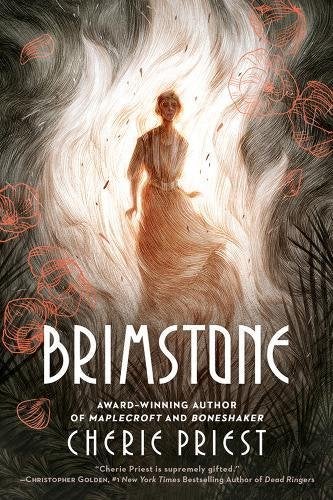 A historical fantasy about the strange link between a man who invents a terrible weapon during World War I, and a psychic living in present-day Florida. (April 4) 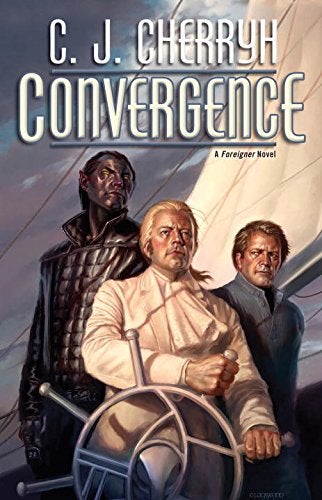 Not many space operas get to book 18, but the three-time Hugo winner’s Foreigner series has achieved that milestone with Convergence, which is about a refugee crisis in deep space. (April 4) 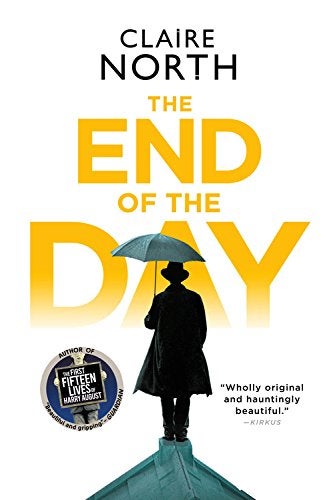 The End of the Day by Claire North

A novel about the Charlie, the person you meet right before Death comes for you. (April 4) 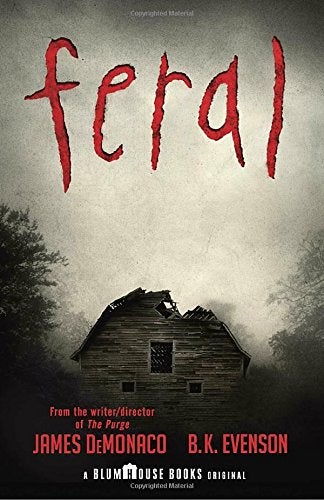 In this horror novel co-written by the writer/director of the Purge film series, a group of women band together after a deadly outbreak kills nearly every man on the planet — and transforms the ones who survive into barely-human beasts. (April 4) 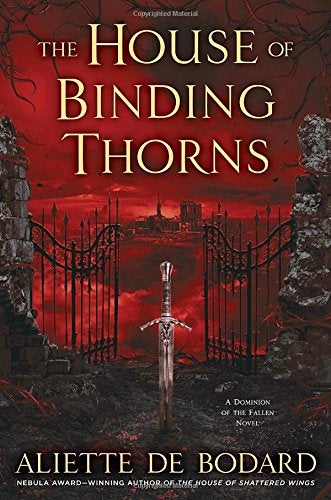 The House of Binding Thorns by Aliette de Bodard

The multiple Nebula winner follows up The House of Shattered Wings with this fantasy sequel, which finds Paris struggling to rebuild in the aftermath of a war between ancient magic forces. (April 4) 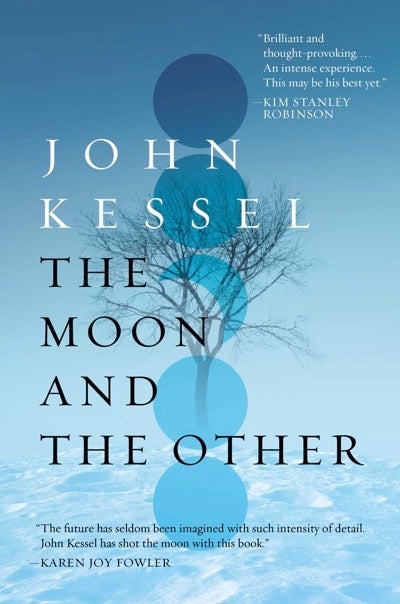 The Moon and the Other by John Kessel

It’s the 22nd century, and the Moon has become home to a matriarchal society where romantic relationships are very complicated — and political intrigue has driven moon-dwellers to the brink of war. (April 4) 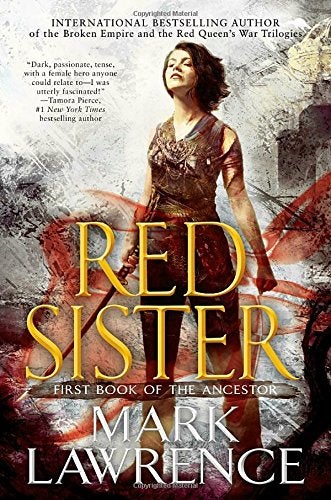 Red Sister (Book of the Ancestor) by Mark Lawrence

In this first book in a new epic fantasy series, a nine-year-old girl with a violent past becomes a student at a convent school that trains lethal holy warriors. (April 4) 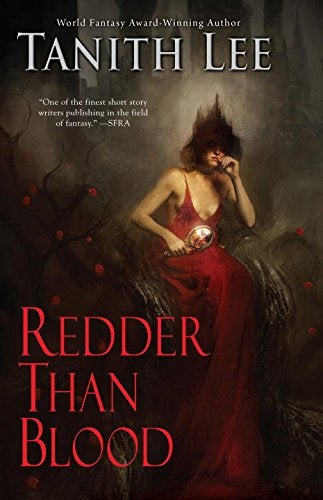 Redder Than Blood by Tanith Lee

In 1983, the acclaimed fantasy author released a collection of dark fairy tales, Red as Blood. This new volume honours the late Lee with more of the same, offering twisted takes on Beauty and the Beast, Snow White, and others, including three as-yet-unpublished stories. (April 4) 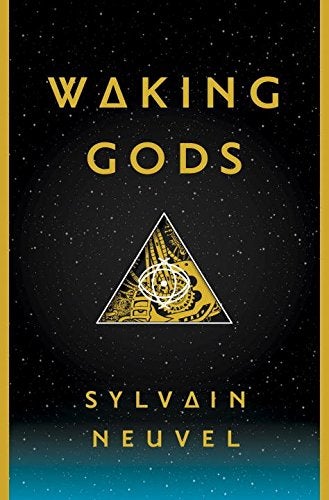 This sequel to Sleeping Giants continues the story of Rose Franklin, who uncovered a piece of a giant robot as a child and has since dedicated herself to discovering its origins — especially when Earth faces an alien invasion that may be connected to it. (April 4) 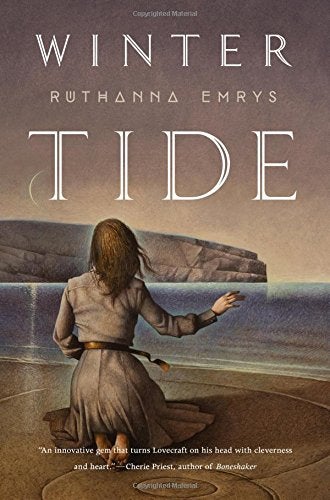 This Lovecraft-inspired tale imagines that the Cold War-era US government has rounded up all the inhabitants of Innsmouth, with devastating results. Despite the tragedy, one survivor is roped into helping the FBI recover magical secrets stolen from Miskatonic University. (April 4) 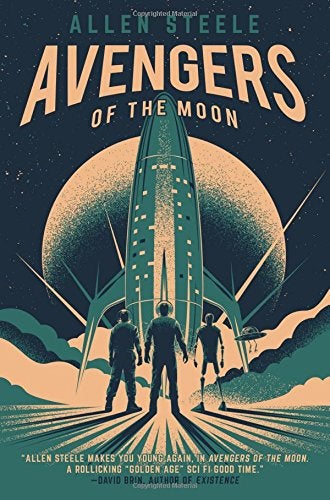 Avengers of the Moon by Allen Steele

This pulpy authorised tribute to mid-century sci-fi legend Edmond Hamilton follows the continuing adventures of Captain Future, the alter ego of an orphan named Curt who grows up to be a brilliant scientist and athlete thanks to the tutelage of a robot, an android, and a genius’ disembodied brain. (April 11) 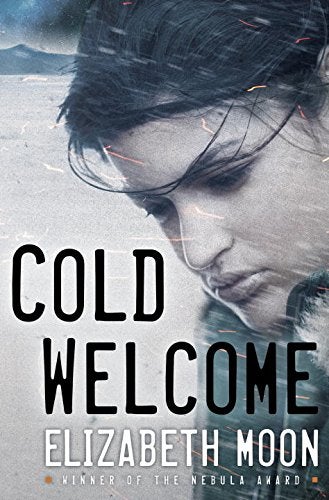 The Nebula-winning author begins a new series about an interplanetary conspiracy, featuring space-fleet commander Ky, the hero of her Vatta’s War series. (April 11) 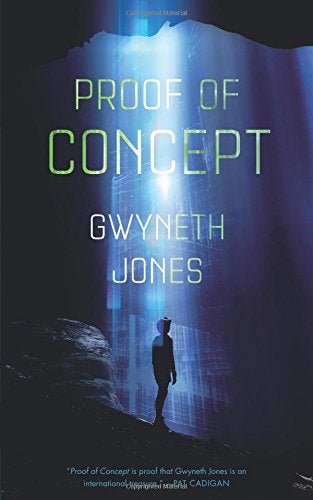 Proof of Concept by Gwyneth Jones

With Earth no longer able to sustain human life, scientists ramp up their efforts to enable rapid relocation to Earth-like exoplanets. A woman with an AI implanted in her brain joins the team, but the AI knows something crucial about the future. Will it be able to overcome its own programming and warn her in time? (April 11) 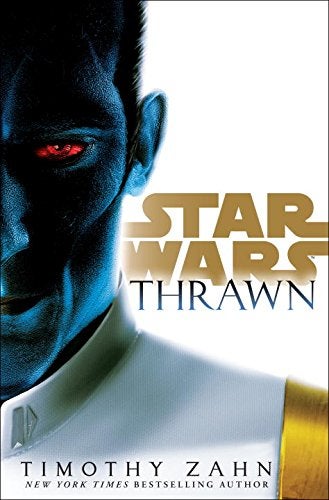 This Star Wars volume aims to answer one question: How did Grand Admiral Thrawn rise to such villainous heights? (April 11) 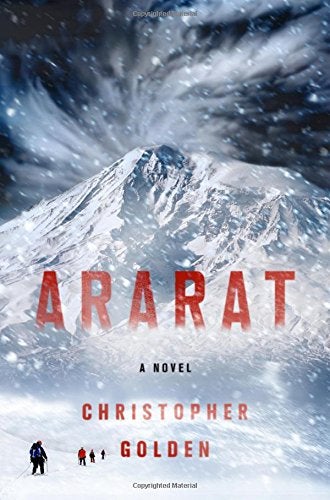 Ararat: A Novel by Christopher Golden

When an earthquake reveals a long-hidden cave inside Turkey’s Mount Ararat, an archaeology team discovers what might be Noah’s Ark concealed within. But if it’s the Biblical ship, how to explain the presence of a coffin holding a corpse that looks decidedly demonic? (April 18) 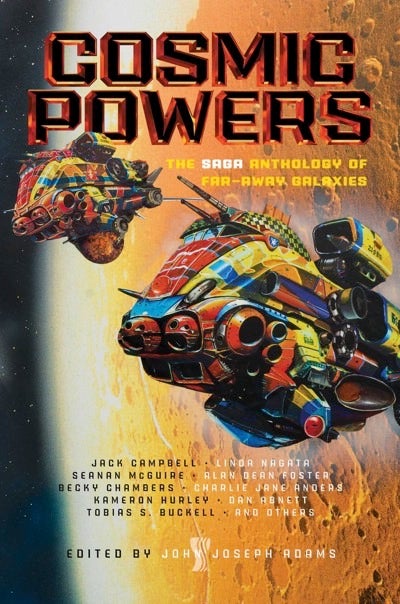 Edited by Hugo winner Adams, the tales in this book are inspired by movies like Guardians of the Galaxy and Star Wars, and are all contributed by current sci-fi writers, including io9 co-founder Charlie Jane Anders. (April 18) 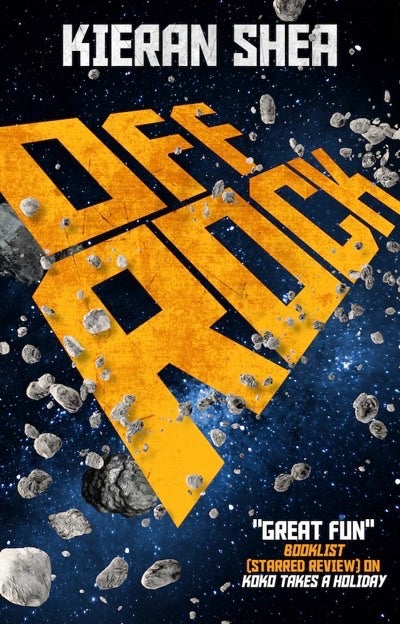 Off Rock by Kieran Shea 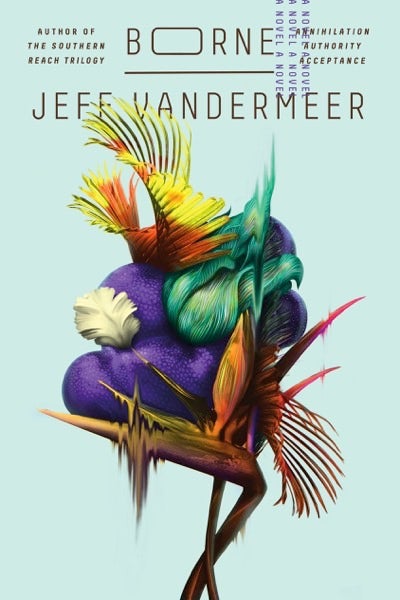 Borne: A Novel by Jeff VanderMeer

The latest from the author of Annihilation (recently adapted into a movie by Alex Garland) follows a young woman whose destiny is forever altered when she finds a strange creature while scavenging to survive in her ruined city. (April 25) 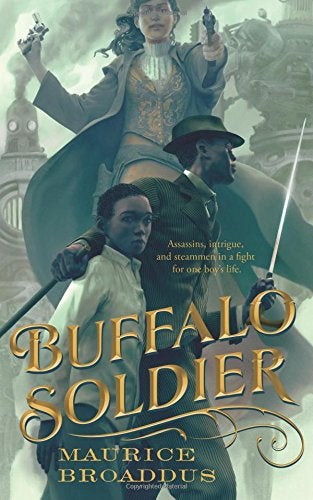 A steampunk adventure about a former spy who gets tangled up in intrigue while protecting a young boy he meets in Jamaica. (April 25) 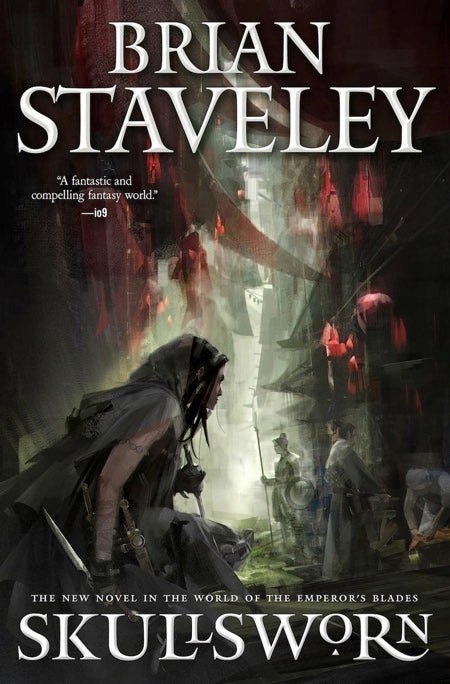 Skullsworn (Chronicle of the Unhewn Throne) by Brian Staveley

This new standalone set in the author’s Unhewn Throne universe follows a priestess who has one goal: To prove her devotion to the God of Death. To do so, she’ll need to put a lifetime of training to use, killing 10 people in 10 days in very specific ways. (April 25) 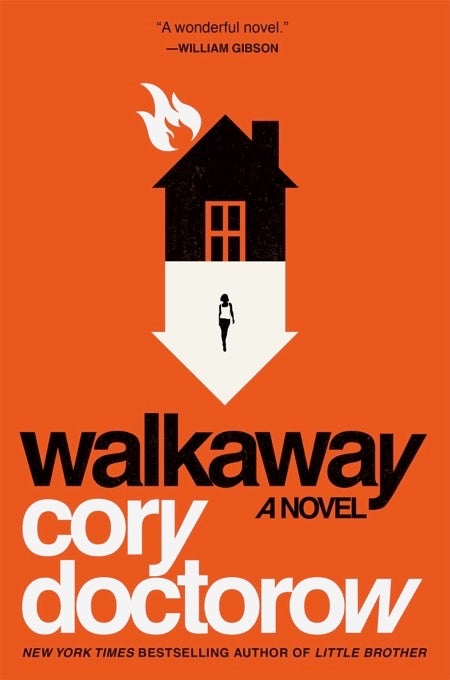 Walkaway: A Novel by Cory Doctorow

Disaffected future dwellers — living in a time when food, clothing and shelter can be easily printed off a computer — join forces to explore life outside the system. When they discover a way to cheat death, those who control the world take an extreme interest in those who’ve chosen to go underground. (April 25) 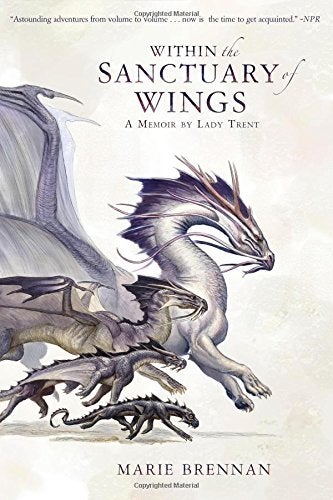 Within the Sanctuary of Wings: A Memoir by Lady Trent by Marie Brennan

The final book in Brennan’s five-part Lady Trent Memoirs series follows the explorer and “dragon naturalist” as she embarks on her most dangerous adventure yet. (April 25) 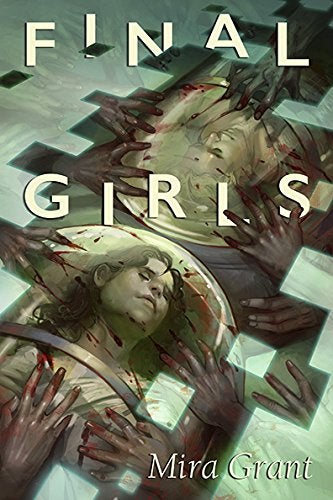