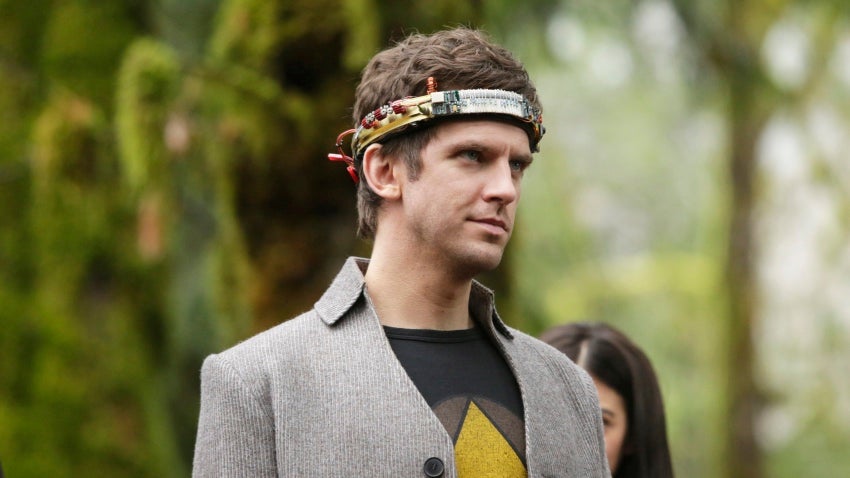 Legion has finished its first season on an even higher note than where it started, and this show started pretty damn high. The episode took its time, but it grew into a gripping, terrifying, and gorgeous hour of television. And what's more, it's set up a fantastic follow-up.

In "Chapter 8," David (Dan Stevens) gets some highly overdue peace of mind... literally. Oliver Bird (Jemaine Clement) and Cary Loudermilk (Bill Irwin) set up a machine that will finally extract Amahl Farouk, i.e. the Shadow King, out of his brain for good. They're temporarily delayed by last week's cliffhanger, when the Interrogator and his minions looked to finally have the mutants apprehended for good. But David's powers are unmatched, and he turns all the guards into a giant shrieking man tower. It was actually kind of hilarious, if it wasn't also terrifying. Can you imagine being smack dab in the middle of that? Butts everywhere. 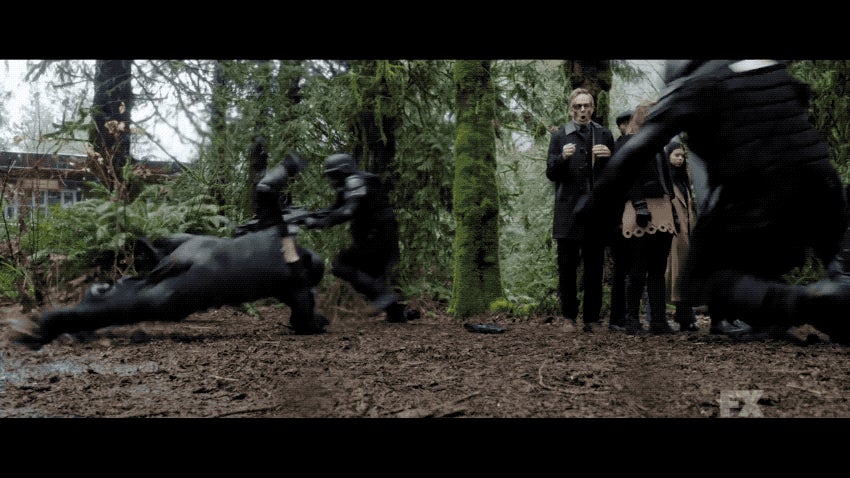 With the mound of guards otherwise occupied, David and his crew take the burgundy-garbed Interrogator into their custody. They enlist his help in getting Farouk out of David's brain, but he's not really interested in working with a buncha stinkin' mutants. He might be a total goober, but I can't fully blame him for being hesitant, considering they nearly killed him. Surprisingly, the episode started with a long montage of the Interrogator's recovery, giving the audience a much-needed perspective on the "other side" of the war. The Interrogator isn't just some faceless minion in a giant man tower. He has a loving husband and a wonderful son, with a penchant for destroying mutants that get in his way. It helps set up the Interrogator, and Division 3, as a long-standing part of David's life, for better or worse.

At first, the Farouk Extraction (as I've taken to calling it) seems to be going rather well. The synapses connections are being severed as Lenny (Aubrey Plaza) is plucked from David's mind and memories. But Syd (Rachel Keller) isn't convinced. Lenny told her the only way they could get rid of Farouk would be if he left of his own free will. Otherwise, he was going to lodge himself in David's mind and kill him. And that's exactly what happens. Syd, making the sacrifice we all knew was coming, kisses David and takes the Shadow King into her own body. At first, this didn't make sense to me. Syd's power is in switching bodies, so wouldn't that mean she'd now be inside David, and Lenny would be the only one inside her? But, since Syd and David are already connected, and Farouk is a parasite with unique powers of his own, the exception seems to work in this case. 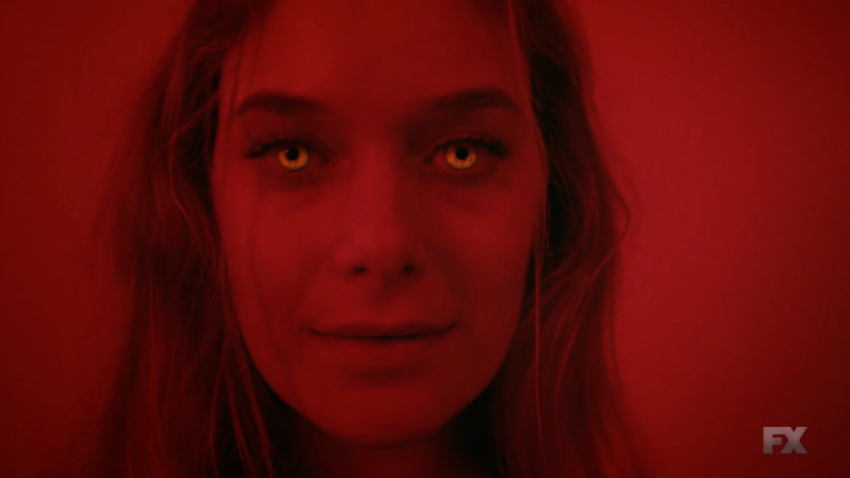 So, Syd is now glowing with the fire of a thousand yellow demon eyes, but her reign as the Shadow Queen is temporary. In pops Kerry Loudermilk, who's stayed outside Cary for a while in stubborn response to him "abandoning" her in David's mind. Why is she there, when she's supposed to be watching the Interrogator? It looks like she's planning on stopping Syd, but let's be honest: Her only reason for running into that room is so Syd can touch her and have the Shadow King jump into her body. There's no other way to explain it that doesn't leave her looking like a total dumbass. She literally abandons the Interrogator in his cell... with the door wide open.

Kerry reacts to her newfound power the way any teenager would, in that she immediately starts kicking her brother's arse. She also goes after Ptonomy, in yet another appearance that amounts to a 10-second cameo. Kerry the Shadow Queen escapes and gets ready to GTFO, only to be stopped by David, floating down from heaven like an angel of justice (also, nice nod to X-Men with the spinning fan behind him). David and Kerry meet on the battlefield of powers, only for David to emerge victorious. Meanwhile, Oliver's been chilling in another room, working on keeping the Farouk Extraction Machine operational. At one point, he regains his memory, saying only one word: "Melanie."

Shit. That only means one thing.

Yep... Lenny leaves Kerry and enters Oliver, and the two of them escape. Nooooooooooo, not Oliver. 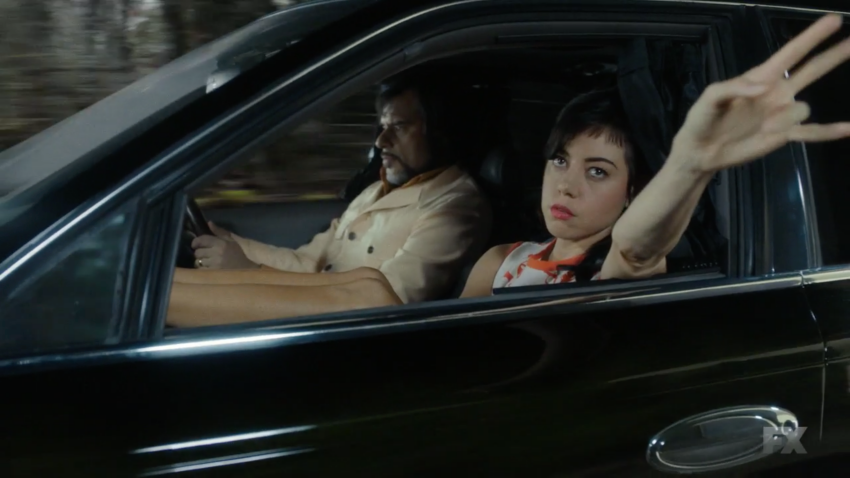 We close on David and the gang recovering from their latest battle, as Oliver and Lenny head off to greener pastures... presumably to look for whatever Lenny was yelling about finding in the last episode. David tells the Interrogator that the war needs to stop, and that they need to work together if they want to finish Farouk once and for all. The Interrogator kind of murmurs his agreement, but the teaser at the end indicates that what he really meant to say was, "Fuck no." In a post-credits teaser, David is scanned by some weird drone thing and transported inside it, screaming for help as he's led away. Who is apprehending David? Is it the X-Men, wanting to recruit the Professor's son, some new force we haven't seen before? Or is it Division 3 trying to finally take control over their latest obsession? I personally think it's the latter, but there's no way of knowing until Legion comes back for season 2. It has been renewed, so hooray!

When Legion started, the question it first supposed was, "How does it make you feel?" We were all David, struggling to understand what was going on inside his mind. Was David crazy, or were his struggles merely a side effect of his superpowers? At the end of the journey, we've found out it was a little bit of both. Now that the Shadow King is gone, David and we are free to grow, to find out who he is and how far his powers can take him. I don't know about you, but I'm looking forward to the mind-trip. 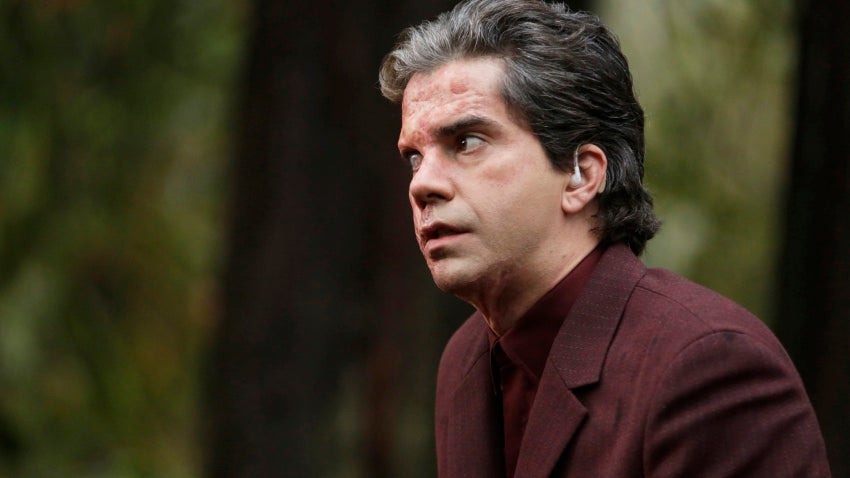