Convoy Of 50 Porsches, Lambos And GT-Rs Pulled Over For 'Stunting' On A Canadian Highway 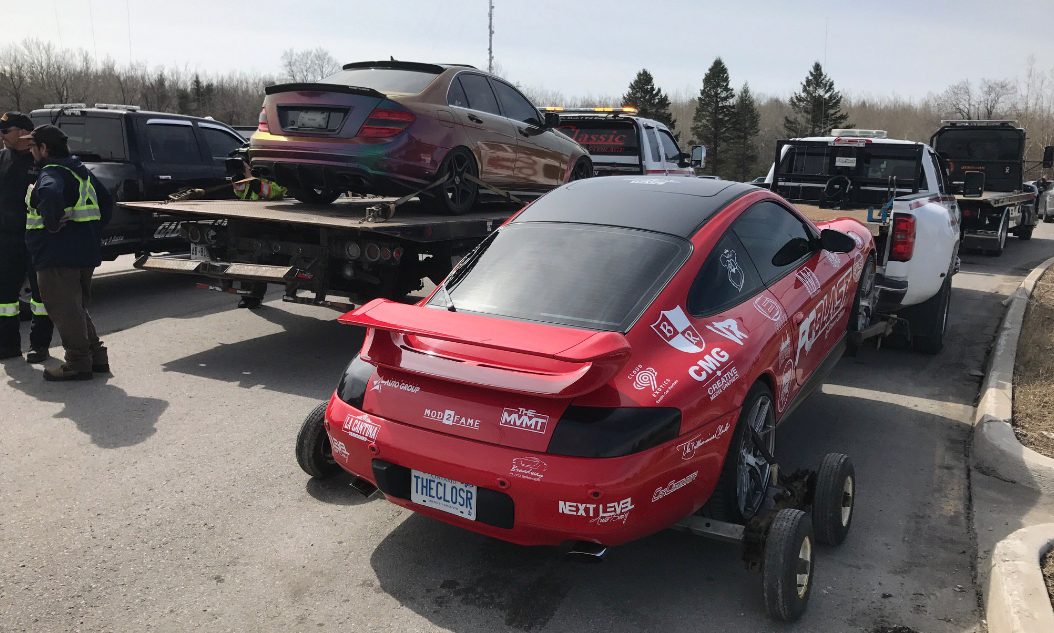 Crime doesn't pay. Neither does "stunting" in your fancy, fancy car.

While video of this has not yet surfaced — and I dearly hope it will — Canada's CTV News that 50 cars including nice BMWs, Porsches, Mercedes-Benzes, a Rolls-Royce and a Lamborghini (as opposed to those not-nice Rollses and Lambos) were pulled over this weekend by police in Ontario, and at least 12 were impounded with their drivers charged.

What was the crime? Allegedly, speeding, blocking lanes, and just acting like arseholes in general on Highway 400. The story says police got some reports of cars driving over 95mph, which is 150km/h. That's less than insane, but still fast.

From the CTV story:

"We got reports from witnesses driving up the highways that they were being swarmed by these vehicles, taking up the lanes and really intimidating traffic on the highway," Ontario Provincial Police Sgt. Kerry Schmidt told CTV Toronto.

The group was believed to travelling to the Blue Mountain area near Collingwood, Ont.

The driving caught the attention of other motorists who posted videos of the speeding vehicles on social media.

One white Lamborghini was decked out in a Royal Canadian Air Force decal, another on the driver-side window read "Let me guess, licence and registration?"

Those charged with stunt driving face driving licence suspensions and fines of at least $US2,000 ($2,630). Ontario Provincial Police also asked passersby to send them any cell phone or dash cam video that may have captured the incident.

I will merely add that they should send such video to [email protected] too. Thank you.