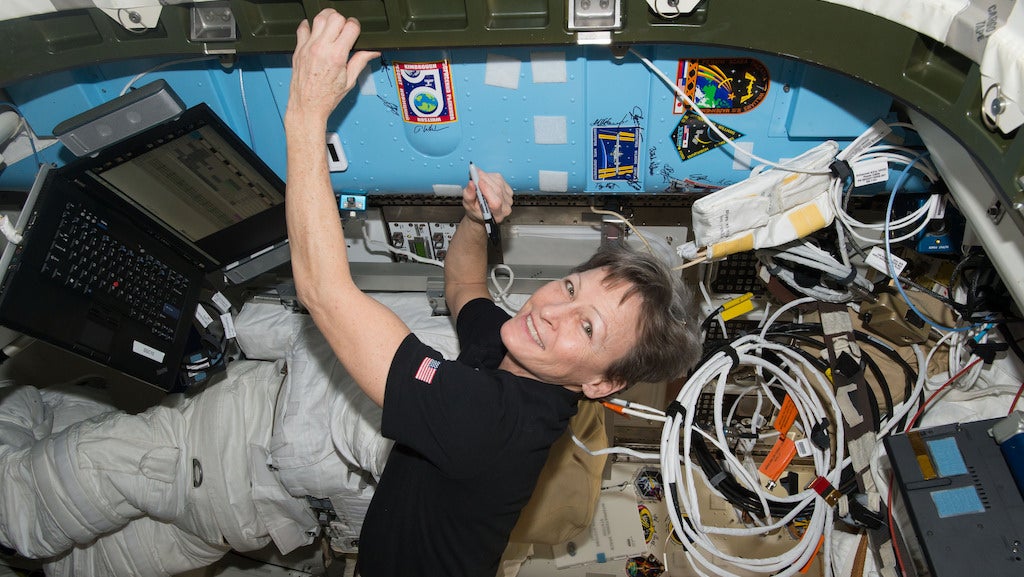 Last month, astronaut Peggy Whitson performed her eighth spacewalk outside the ISS, setting the record for most spacewalks by a woman. On Monday at 3:27PM AEST, she made history yet again by breaking astronaut Jeff Williams’ record for cumulative time in space by an American astronaut, which was 534 days, two hours and 48 minutes.

Shattering records is pretty standard for Whitson, who was the first woman commander of the International Space Station (ISS). Her most recent mission aboard the ISS was extended until September, so once she returns to Earth, Whitson will have logged 650 days in space, setting the bar extremely high for future record-breaking.

“It is one of those rides that you hope never ends,” Whitson tweeted before her big achievement. “I am so grateful for all those who helped me on each of my missions! #LifeInSpace”

At 1:27 a.m. ET on April 24, @AstroPeggy has officially broken @Astro_Jeff's record of 534 days in space. Wish her well with #CongratsPeggy! pic.twitter.com/ylZtOwt4lA

Many in the space community have joined in to congratulate Whitson on social media, including astronaut Leland Melvin, who worked with her in 2009.

“It’s great to work with someone that’s technically competent especially if you are flying in space but Peggy was so much more,” Melvin told Gizmodo. “On my first space shuttle mission, STS-122, she was elevated to Shero status because she was also kind, generous, inclusive and did everything with grace. Congratulations commander Whitson for exceeding the US record of 534 days in space. Godspeed.”

Congrats @AstroPeggy for making more history. I was honored to be w/u on the #ISS when u became the first female CDR??‍? #AdAstra #STEAM ? pic.twitter.com/zsX9jEHRPm

At 12:00AM AEST yesterday, President Trump called the ISS to congratulate Whitson on her achievement. During the phone call, US President Trump joked about sending astronauts to Mars during his presidency. When discussing how the ISS crew reuses their urine to make potable water, Trump replied, “Better you than me.”

All of us here on Earth — and the yet-to-be-discovered microbes in the solar system — are so proud of you, Peggy! Way to go.