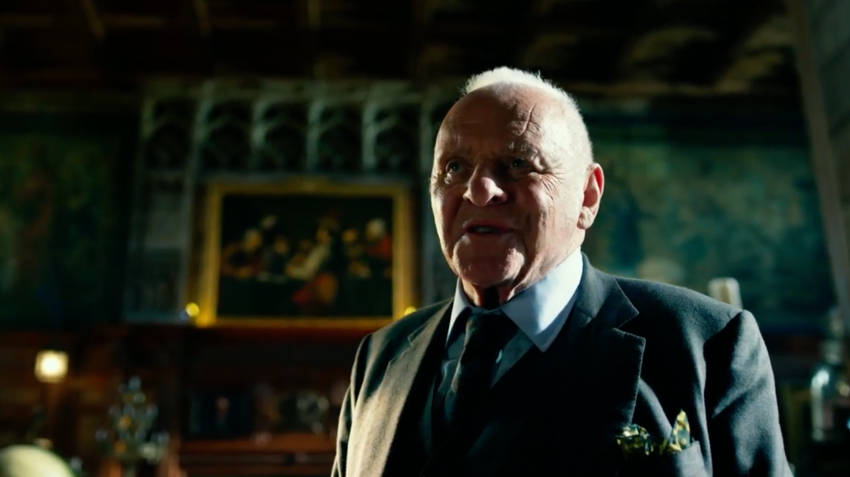 Anthony Hopkins has worked with some of the best in the business, like Steven Spielberg and Oliver Stone. The latest visionary director to earn Sir Hopkins’ favour? None other than the king of explosions, Michael Bay.

In an interview with Yahoo! Movies, Hopkins gushed about working with Bay on the latest Transformers movie, Transformers: The Last Knight, where he plays an astronomer and historian who knows the “true history” behind the Transformers. In the interview, Hopkins praised Bay and the entire Transformers series, comparing him to some of the greatest directors of all time, including Martin Scorsese.

That’s right, Hopkins thinks the guy who reportedly made Megan Fox audition by washing his car for a now-missing video is in the same category as the man behind Goodfellas (then again, Scorsese has defended director Roman Polanski, so maybe not the best comparison).

“He was telling me about the work he did on [the Transformers bots] — how he would refine them and go into the special effects guys and design them and get all the details of light on metal and all that. He told me all that at breakfast before I started on the film. I thought ‘This guy’s a genius. He really is.’ He’s the same ilk as Oliver Stone and Spielberg and Scorsese. Brilliance. Savants, really, they are. He’s a savant,” Hopkins said.

Look, there’s no denying that Bay has revolutionised filmmaking. Armageddon may not be a critical darling, but it’s required viewing for some film students wanting to learn about the art of modern cinematography and editing (even if Bay once jokingly said he regretted the movie).

However, I just don’t see Bay as someone who’s going to be revered 100 years from now alongside the directors behind Saving Private Ryan and Taxi Driver. Who knows, maybe I’m just a curmudgeon, forever yelling at Michael Bay and his army of robots to get off my lawn, and history will prove me wrong long after I’m dead. Oh wait, there’s that Transformers 2 balls scene.

Scratch that, I don’t think I’ll ever get it.