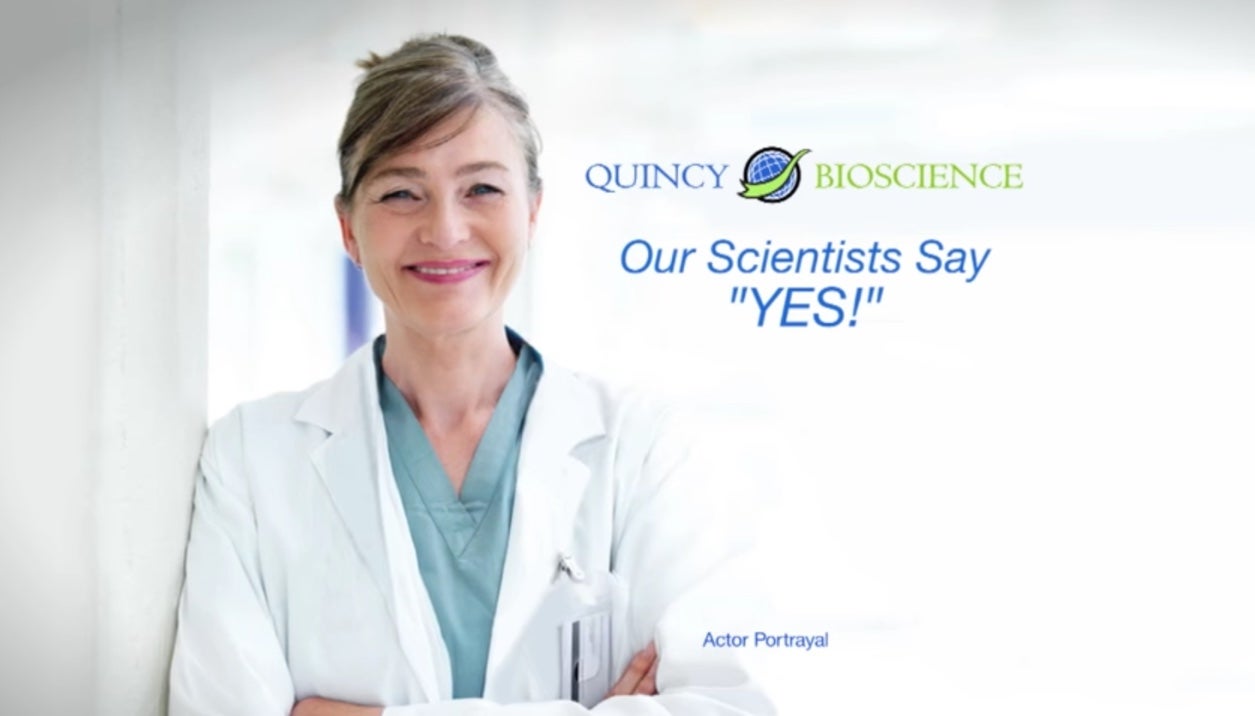 Ads for Prevagen, the memory-enhancing supplement, claim that it has “a protein originally found in jellyfish”, so you know it has to be good. The company that makes the drug, Quincy Biosciences, is currently being sued in US federal court by the FTC and the New York Attorney General for “clear-cut fraud”. So we got our hands on some of the complaints.


Screenshot from a commercial for the Quincy Biosciences supplement Prevagen, which purports to help with memory (YouTube)

“The marketers of Prevagen preyed on the fears of older consumers experiencing age-related memory loss,” Jessica Rich, director of the FTC’s Bureau of Consumer Protection, said in a statement when the FTC filed suit in January. “But one critical thing these marketers forgot is that their claims need to be backed up by real scientific evidence.” 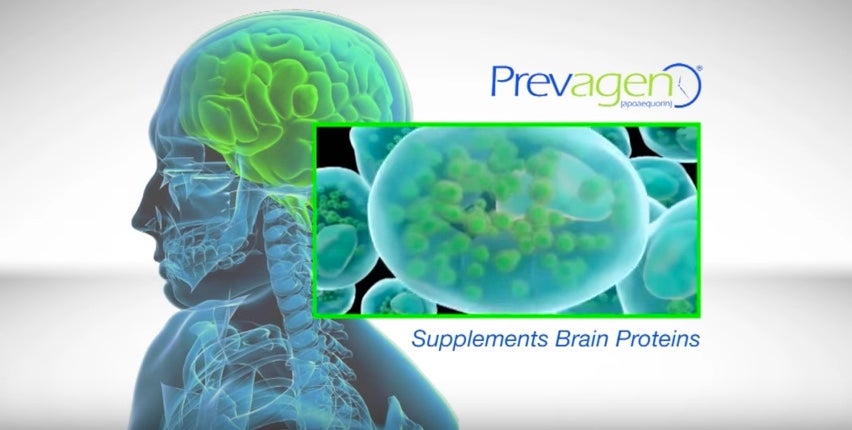 The US Federal Trade Commission (FTC) and the state of New York filed a federal lawsuit today over Prevagen, a pill that's supposed to improve memory. The pill is available in the US everywhere from CVS to Amazon and regularly appears in commercials on CNN and Fox News. It is also available online in Australia. But the supplement, which is supposed to give consumers a better memory, is rubbish.

Gizmodo filed a Freedom of Information Act request with the FTC for complaints lodged against Prevagen. The stories come from both emails and the FTC’s Call Center, and you’ll notice a distinct pattern. Simply put, people are afraid that Prevagen is garbage. And on the more heartbreaking side, they had some faith that it might work wonders to “make Alzheimer’s fade away”.

A handful of the complaints obtained by Gizmodo are below. Quincy Biosciences did not respond to a request for comment today.

I am a recently retired pharmacist. Prevagen is an OTC drug that is promoted in its TV ad inaccurately to do things (e.g., re: improving memory and other CNS functions) that are unproven. Sure, it very briefly shows your little box (“These statements have not …”), but what typical American notices that when the screen is filled with pictures of jellyfish, 3D brain pictures, etc.? I believe this TV ad is deceptive, misleading and lacking basis in proven facts (e.g., via double-blind, placebo-controlled, crossover trials) and should be taken off the air. What is your opinion?

At nearly $3 per pill, Prevagen professional strength is a very expensive supplement. Tao of herbs have found a way to temper with the bottle and remove 1/3 of the pills. I have contacted the FDA about it and I will still have to test it for the potency and if the product is at all Prevagen. I just find it strange that with such shady practices no one complained about them before. Or have they? — Additional Comments: I’d like to have them closed for good so they don’t defraud anybody else and stop practice the lowest form of greed. This is America and we have to protect our standards of quality and trade. It is exactly those kinds of snake oil salesman that had brought about the formation of FDA. I know I will never buy anything from them ever again, but in the meantime, I want my money back.

Consumer reports they saw an ad on tv for a drug/supplement called Prevagen, does not specify what the drug/supplement is for. Consumers husband went to a local store and bought a bottle based on the promised money back guarantee. Consumers husband took the product for a month, did not see any appreciable results and tried to return the product. Was told the guarantee only applied to product bought online. Consumer insists the advertisement did not say that, and the website simply says 100% money back guarantee. Consumer forwarded the email she sent to the company and attached the receipt.

I saw a comercial for the Quincy Bioscience product Prevagen on TV and decided to look at their website because they made bold claims about their product’s demonstrated effectiveness. After looking at the “clinical trial” they produced, it was clear that the claims were not made in good faith. My reasons for this conclusion are based on the FTC advertising guidelines for substantiating claims of dietary supplements. These reasons include but are not limited to: the study was not conducted in an objective manner as it was done in-house without independent review, the study was not performed by people qualified to do so and the evidence provided would not be considered adequate by experts in the field. It has also come to my attention that there is currently a class action lawsuit against Quincy Bioscience about their false claims. For these reasons, it seems unethical and possibly illegal for Quincy Bioscience to continue advertising and selling their products.

Consumer provided correspondence concerning Prevagen – Short Memory Supplement Spot marketed by Quincy Bioscience LLC. the correspondence also points out the following; In 2012, the FDA warned Quincy that (a) several claims made for Prevagen were illegal, (b) clinical trials it had sponsored were illegal because they lacked FDA approval, (c) the company had failed to adequately report adverse reactions to its products, and (d) the company had failed to comply with various Good Manufacturing Practices.

It is my scientific judgment that claims made for Prevagen are fraudulent. In furtherance of this fraud Quincy Biosciences has conspired with Innovision Publishing to publish a falsified report in a “peer-reviewed” journal to derail claims that Prevagen has not been clinically proven to improve memory. Parts of my letter to the editor are: In the Winter 2016 issue of Advances in Mind-Body Medicine, Vol 30, No. 1, pp. 4-11, is an article entitled “Effect of a Supplement Containing Apoaequorin on Verbal Learning in Older Adults in the Community”, by DL Moran, MY Underwood, TA Gabourie, and KC Lerner. After reading this article I question its scientific validity for the following reasons: The primary reason this study is scientifically invalid is that there is no evidence that a protein the size of apoaequorin, administered in a pill form can enter the body via absorption from the digestive tract. Indeed, there is abundant evidence that proteins are metabolized in the digestive tract into component amino acids. To make a simple comparison, this is the reason insulin must be injected into the body rather than taken orally. Additionally, even if apoaequorin was administered parenterally, it would not be able to cross the blood-brain-barrier and enter into the brain to exert its therapeutic effects in brain neurons that mediate cognitive functions. It is noteworthy that in the manuscript the authors cite to show the putative benefits of apoaequorin to protect hippocampal neurons from stroke damage, the apoaequorin was administered intracranially since this was the only way that the drug could gain access into the brain. Additionally, the protective effects described for apoaequorin in that study related to hypoxic/glucose deprivation conditions associated with stroke leading to massive increases in intracellular calcium, as opposed to normoxic/glucose available conditions. Notably missing from the article is any mention of a mechanism by which orally administered apoaequorin could gain access to neurons in the brain to mediate the improvement in cognitive function. Another reason that this article is scientifically invalid is that there was no statistical comparison made between the apoaequorin treated group and the placebo control group. The primary reason for including a placebo control group in clinical trials is to determine if the treated group improves significantly more than the placebo group. The omission of this information invalidates any claims the authors might try to make regarding the efficacy of orally administered apoaequorin. Additional statistical inadequacies that make the article scientifically invalid are: there is no representation of the error variance for the data presented in Figures 1 — 6 of the manuscript, nor is such error variance reported in the text of the manuscript. The Statistical analysis section describes the use of paired and independent t tests, a repeated measures analysis of covariance (ANCOVA) test, Mann-Whitney U test and Wilcoxon signed-ranks test to examine group differences. However, the only one of these statistical tests presented in the results are paired t tests with degrees of freedom that differ from the degrees of freedom expected based upon the group sizes that were reported in Table 1. Only 2 subjects are indicated as not having completed the testing, yet the number of subjects per group which should be the number of degrees of freedom plus 1, reveals 51 missing values.

Prevagen’s website and tv ads claim to make the brain work better using scientifically proven research. I went to their website to see such research and I find studies that are not legitimate. The website says: * These statements have not been evaluated by the Food and Drug Administration. This product is not intended to diagnose, treat, cure or prevent any disease… This is contradictory to their ad and infuriating. Prevagen should not be allowed to claim it works if it doesn’t.

And last, but not least, we have a complaint that demonstrates perhaps how vulnerable and confused some of the people who are targeted to buy Prevagen are. Someone called the FTC Call Center and complained that they’d been charged for international fees that they hadn’t agreed to. The price? 76 US cents.

The consumer called to report that he signed up for a trail with Prevagen. The consumer states that company charged international fees without the consumers consent. The consumer was charged 76 cents.

Depressing all around, obviously.