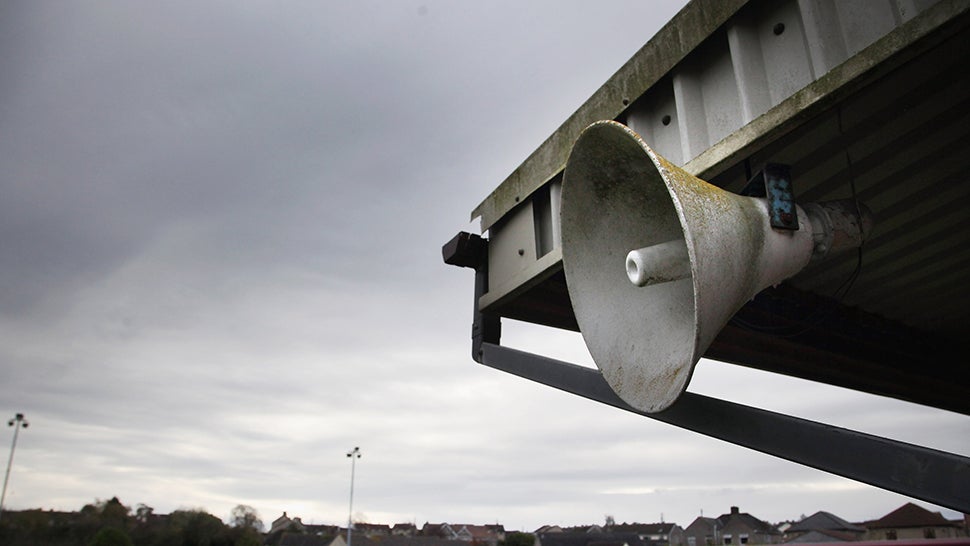 Residents of Dallas, Texas received a rude awakening around midnight on Friday night. Officials have confirmed that 156 emergency sirens simultaneously blared a warning: the system has been hacked.

According to the New York Times:

The alarms, which started going off around 11:40 p.m. Friday and lasted until 1:20 a.m. Saturday, created a sense of fear and confusion, jarring residents awake and flooding 911 with thousands of calls, officials said.

Sana Syed, a spokeswoman for the city, said in a telephone interview that the sound of the sirens, which are meant to alert the public to severe weather or other emergencies, was interpreted by some as a warning sign of a “bomb or something, a missile.”

Rocky Vaz, director of Dallas’ Office of Emergency Management, told Dallas News that investigators have concluded that hacking was to blame and that they believe “with a good deal of confidence that this was someone outside our system.” Syed told reporters, “We do believe it came from the Dallas area because of the proximity to our signal you need to have in order to pull it off.”

Dallas’ Mayor Mike Rawlings posted an update for citizens on his Facebook page in which he called the hack “an attack on our emergency notification system.” But was it really an attack? In the same post, Rawlings wrote, “This is yet another serious example of the need for us to upgrade and better safeguard our city’s technology infrastructure.” To me, this looks like one of the more effective white hat hacks of all time.

It’s all too clear these days that it’s difficult to get the attention of politicians when they need to improve cyber security. What better way to sound the alarm about a vulnerability than to use the city’s own, incredibly loud warning system to do it? “We will work to identify and prosecute those responsible,” Rawlings wrote. What he should do is identify and hire this person.