What Do You Still Love About Buffy The Vampire Slayer?

Buffy the Vampire Slayer has staked its way to its 20th anniversary, and we have been celebrating by sharing some of our favourite moments from the series. Of course, those only scratch the surface of how incredible “The One Show in All the World” was. So tell us: What do you love about Buffy? 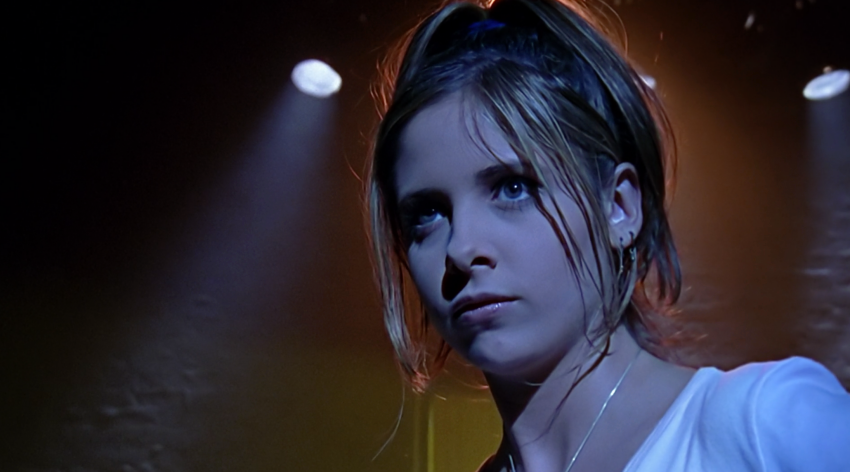 Buffy the Vampire Slayer is celebrating its 20-year anniversary today, and while the story (and the fashions) might technically be dated, the show is somehow more relevant than ever. Creator Joss Whedon tapped into a world where myths and monsters could be used to represent real problems, with a brilliant dash of his signature humour and heart. In celebration of 20 years of Buffy slayage, let's travel to Sunnydale and celebrate this incredible show together (hopefully before the school blows up again).

Buffy the Vampire Slayer first debuted in 1997, and helped redefine modern television. On the surface, it sounded like your typical ’90s dramedy, but it ended up being so much more than that. Buffy proved you could have a TV show about a teenage vampire hunter that was deep, thoughtful and groundbreaking. It’s since inspired several fantasy movies and shows like Charmed, which is getting a reboot (something creator Joss Whedon recently said he isn’t a fan of, as a whole).

So let’s chat about the legend that is Buffy… the vampire slayer! What are your go-to episodes, which villain is your favourite, and which moments simply break your heart (it’s Whedon, so there are plenty of those)? And, furthermore, what shows would you recommend for Buffy fans looking for something new? I’m going to personally give a shout-out to Syfy’s The Magicians, which tends to be hell of a lot darker than Buffy, but shares some of its humour and unique character development.