Watch A Large Hadron Collider Experiment Get A Major Upgrade 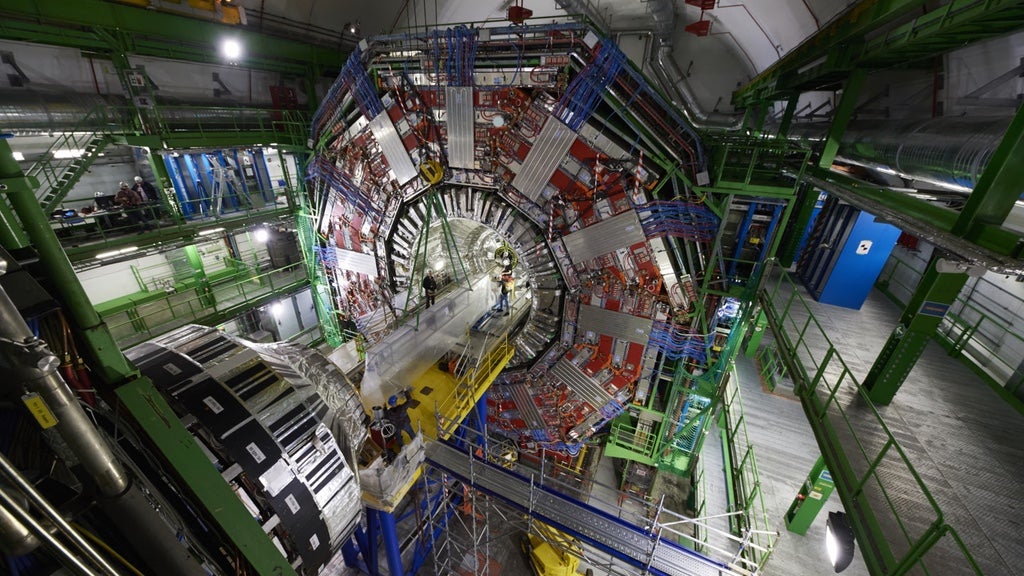 CERN's Large Hadron Collider beneath Geneva, Switzerland isn't just one, but a handful of experiments sprinkled along the length of the 27km-round ring. One of the biggest, the Compact Muon Solenoid or CMS, is getting a major upgrade today, which CERN is comparing to an open-heart surgery.

The upgrade will swap out CMS' innermost of several different particle detectors. The new so-called pixel detector will help physicists gather important information on potentially novel particles, like those predicted by supersymmetry, from the hundreds of millions of particle collisions happening every second in the LHC. The LHC itself recently received a major upgrade, boosting its operating energy from 8 to 13 tera-electron volts, which will allow physicists to gather even more data. 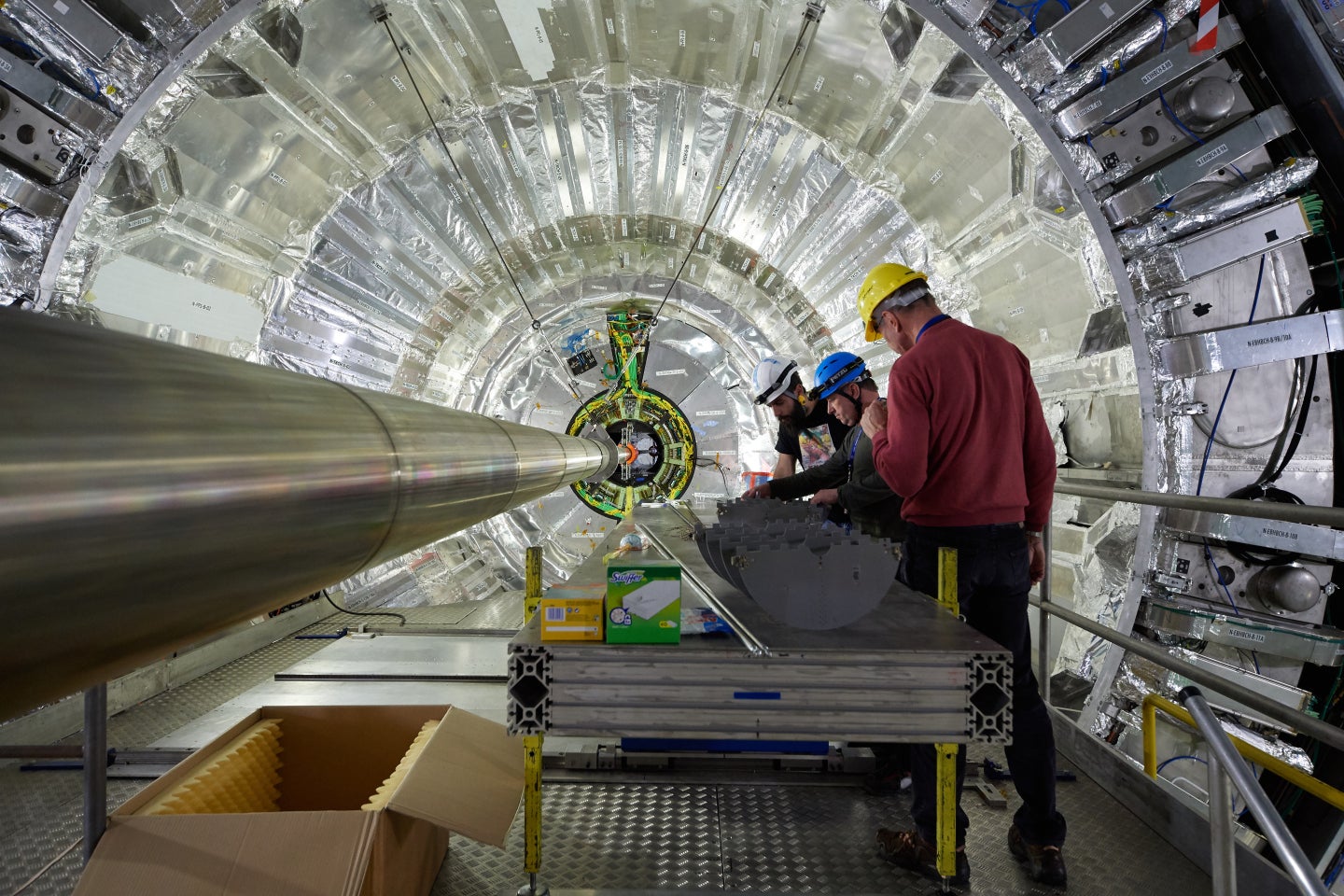 "It's like launch date for a satellite," Austin Ball, CMS' technical coordinator ("If a thing doesn't work, I get the blame"), told Gizmodo. "You say bye to something you've had your hands on for a long period of time and keep your fingers crossed it will work in the operating conditions."

The LHC is simply two parallel tubes with particles travelling in opposite directions around either. The tubes intersect at various points around the ring. Giant detectors, like CMS, wrap around the intersection points to observe what comes out of the collisions. CMS, by the way, is enormous. It's 20.12m long and 15.24m in diameter — as tall as a four-story apartment building and as long as a pair of school buses — and it's about 91.44m underground.

The CMS' pixel detector is basically just a 124 megapixel camera made from four stacked layers of silicon. When protons collide in the LHC ring, they send a barrage of particles outwards through the cylinder, which leave leaves a signal in each layer of the camera. Reconstructing the path each particle took means connecting those blips in each layer.

The upgrade will allow CMS to pick out data on 50 to 60 proton collisions from two pulses of colliding particles, increasing the resolution over the 25 to 30 collisions from the old, 66-megapixel detector, said Ball. Those packets of particles collide every handful of nanoseconds, so the camera must be able to take around 40 million pictures per second. In the end, all of that data will be analysed and graphed by physicists and compared to theoretical predictions and models see if any new particles, or other interesting phenomena, appear. 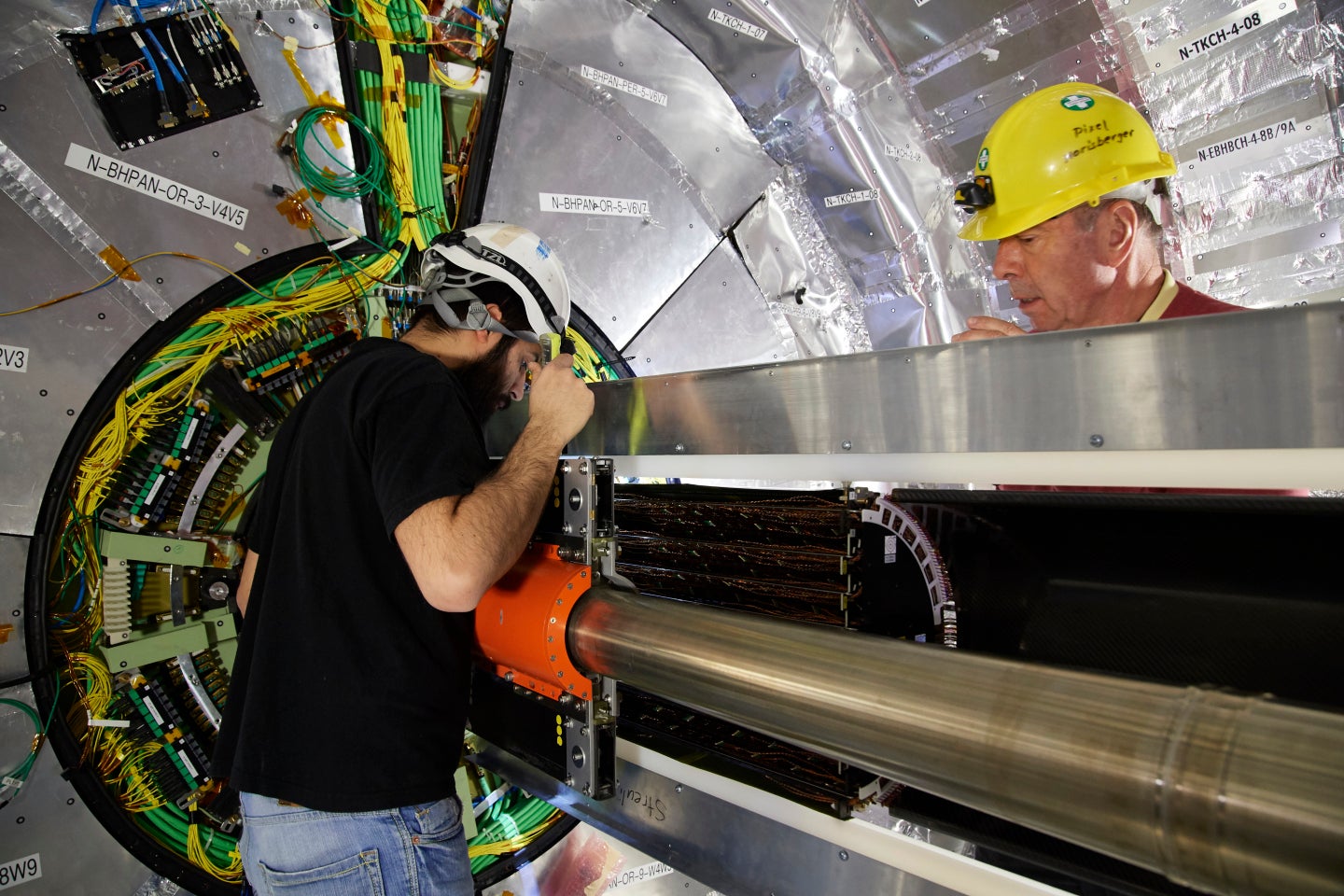 There have been plenty of minor kinks in the state-of-the-art pixel detector on its way to being installed, since almost everything is custom made and will need to withstand an enormous number of particles. Now, it's a race against the clock to make sure it's up and running by May 1st when the LHC beams turn back on. "The last few months have been exciting, because we've been under quite a lot of time pressure," said Ball. "Today, to find it installed and fitting around the beampipe correctly, this is an important culminating day." 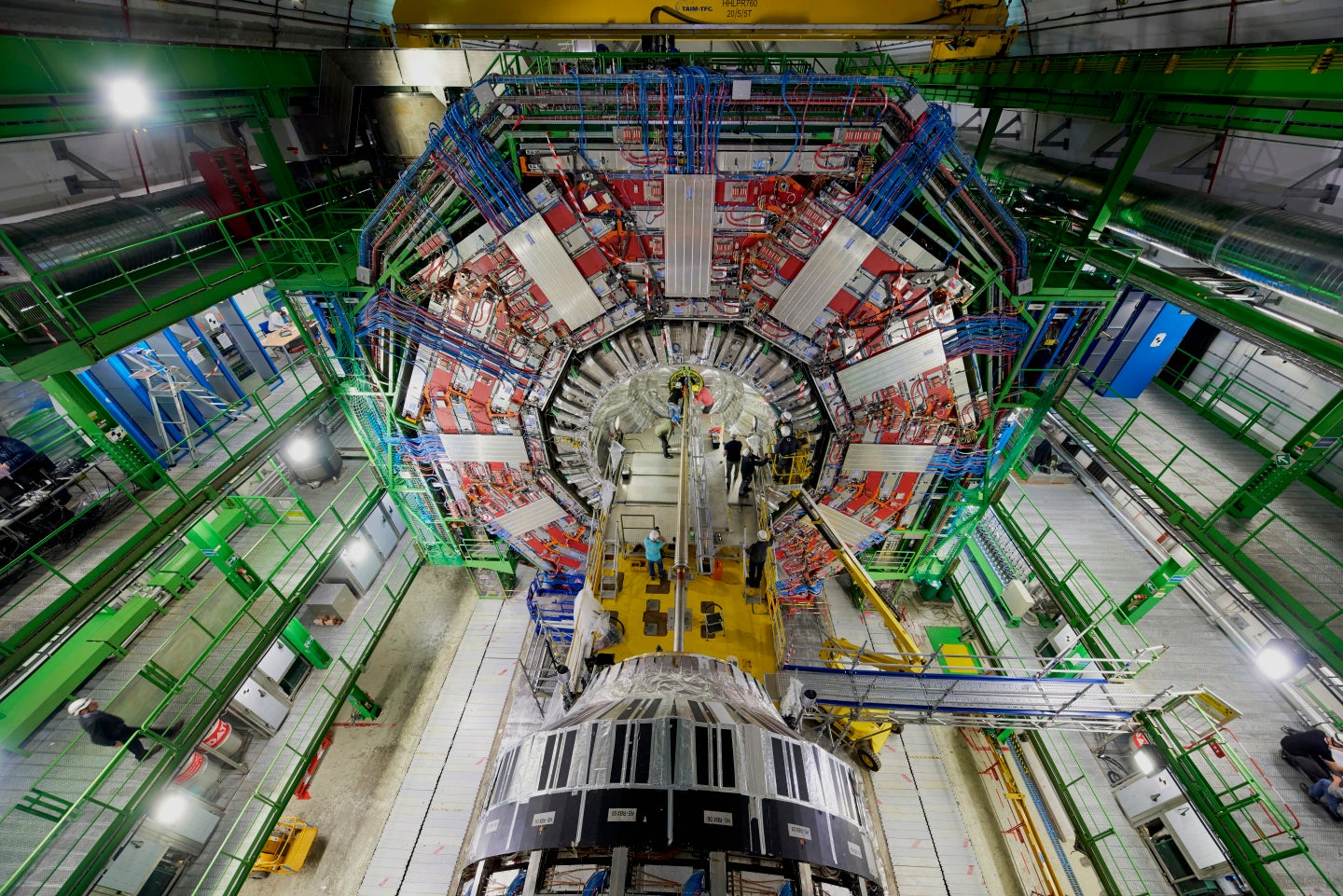 CMS will require more testing before the LHC restarts in May, and before collisions begin a few weeks later. "Now the big work starts," said Ball, "Connecting this thing up, commissioning it and making sure we can do physics with it."

You can watch technicians replace the pipe beginning today at 11:30AM EST here, and hear questions physicists have answered on a Facebook Live about the detector here.