Here’s a riddle: If a Trump policy targets random locations in the Middle East, and nobody can explain it, does anybody really know what’s happening? It’s a tough riddle because it’s practically impossible to answer. Yet, this is our reality now.

In a little less than 72 hours, the Trump administration’s ban on allowing electronic devices “larger than a smartphone” in the cabins of planes flying from Middle Eastern airports will take effect. When the policy was announced, it was entirely unclear what was prompting the seemingly arbitrary list of airports that would be affected, and even more unclear if the policy would actually improve security. At first glance, newly reported details seem to offer some clarity, but they actually just obfuscate the reasoning behind the ban even more. 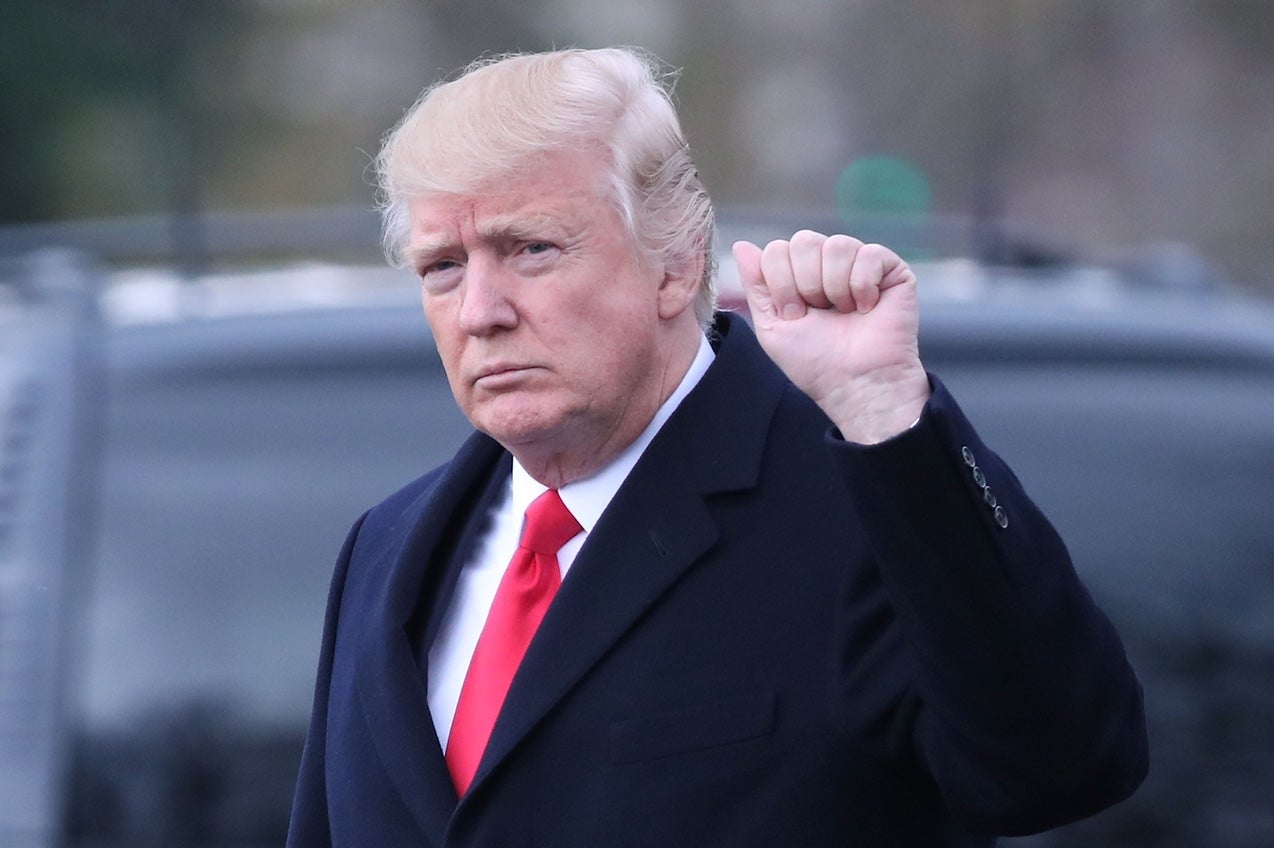 A flurry of reports yesterday claimed that the ban follows a possible threat that ISIS -- or maybe al Qaeda, or maybe both, who knows -- is developing explosives the size of a laptop battery. At least one report claims that intelligence about the threat was obtained in the botched Yemen raid back in January, but that remains unconfirmed. Nevertheless, in a couple of days, passengers won't be able to use laptops during certain flights, and those electronics must stay in the plane's cargo hold. The security questions still remain, but we'll get back to those in a second.

For now, there are some pretty serious inconsistencies involved in the new policy. An overlooked detail about the ban, which affects 50 daily flights to the United States from primarily Muslim countries, shows that some of these passengers are actually screened by US Customs and Border Patrol agents before they get on the flight. In an email to Gizmodo, a CBP spokesperson confirmed that the agency still maintains a pre-clearance facility at Abu Dhabi Airport for Etihad Airlines flights to six American cities, including Washington and New York. This facility lets passengers deal with immigration and customs ahead of time so that they're treated as domestic passengers when they arrive in the US. The flights that allow for this extra rigorous screening will also be affected by Trump's electronics ban.

Is your head spinning yet? That Abu Dhabi detail suggests that the Trump administration doesn't even trust its own agents to keep these devices off of planes, so why aren't they just banning electronics on planes altogether instead of picking an arbitrary list of airports in mostly Muslim countries? And furthermore, if a laptop bomb can explode in the cabin of a plane, can't it explode in the cargo hold, too? And if there's really a threat from ISIS or al Qaeda, why isn't the Trump administration just saying that, instead of letting anonymous sources attempt to explain why the US is about to make flying very inconvenient for a lot of innocent people?

One more very worthwhile question: Is this electronics ban and the media's frenzied attempts at making sense of it just another distraction from Trump's increasingly serious scandal involving Russia and the US election?

We can't answer these questions until we know more solid facts about the ban, and that's the problem. The Trump administration operates in a post-fact or even anti-fact fantasy world. James Fallows confronted Trump's credibility conundrum as it applies to the electronics ban in his latest Atlantic column. Fallows writes:

The inevitability of this moment, when a new president says Trust me, is why so many veteran officials have warned about Donald Trump's habit of incessantly telling instantly disprovable lies. Some of the lies don't really matter: "biggest inaugural crowd ever," when photos showed it was comparatively small. Some of them obviously would matter, if they were true: millions of illegal voters, wiretapped by Obama. But of course they're not true, and everyone except Trump and his coterie can look at the evidence and know that. Thus the problem: If an administration will lie about facts where the contradictory evidence is in plain sight, how can we possibly believe them on anything else?

Of course, it doesn't help that the US Transportation Safety Administration (TSA) and intelligence community have given us plenty of reasons not to trust them over the years. This electronics ban comes straight from the Trump administration, however, in the wake of a couple of failed attempts at enforcing an immigration ban on people coming from Muslim countries. The policy effectively sends the same "you're not welcome here" message, albeit under the guise of counterterrorism and national security.

Things get more confusing as you zoom out. Hours after Trump announced his electronics ban, the United Kingdom revealed a similar policy, a move that either bolsters the idea of a terrorist threat or suggests that the British also want to discourage Muslims from entering their country. We don't know why the UK's moving forward with a ban, although we do know that British authorities communicated with the US before announcing it.

All this leaves us in a very weird position. On one hand, Trump is a serial liar. It's hard to believe that this new policy is rooted in anything other than the president's tired tactic of fear-mongering based on zero facts. On the other hand, terrorists attacks are scary, and it's been historically difficult to separate fact from fear. If you confuse people enough, however, they're bound to be afraid no matter what.